“I must say, I do prefer the more masculine, superior male form” 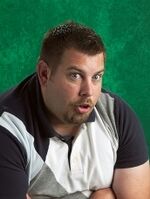 A girl is a human who is usually quite sexy or fat, well suited to live. They are species that usually wear panties (Some people say that girls have POCKETS but it's not true. Go on, see for yourself. Buy a pair of panties and look for the pockets!), which males often find insanely arousing. Girls are sometimes high maintenance (but usually aren't). It was once believed that a girl was basically a mutation of a boy, only a lot weirder (according to Calvin from Calvin & Hobbes). But that theory has since been proven false. They also seem to have mounds of fatty tissue on their chests, which men think are absolutely GLORIOUS!!!!!!! A girl's real main use is to give female company to a man (usually for marriage's sake). Unfortunately, girls eventually morph into a less likeable creature known as women. There ... you've been warned. A girl is also known to be used as a sex tool and as another species after the process known as marriage.

Girls consist of at least 30% spice, which can make them extremely hot.

The rest is mostly sugar (which makes them sweet and fun to eat) although for calorie-reduced diets sucralose and xylotol may be substituted, but not aspartame, as this makes them hazardous to one's health.

Those with diabetes are doomed to die of them (unless the diabetic has one with a sugar substitute).

When mixed with water they may be excited to a state known as wet, however this state is unstable and decays back to regular state with a half-life of 18 minutes, emitting various forms of insanity in the process, the most common being a single SEXY SEXY COZY POOL FUN MOMENT!

You will never get girls. Your friends will get girls and brag how great they were whether in bed or making out with. You will want to get girls so you can have sex and not be a Star Wars nerdy virgin the rest of your life. Too bad. Girls like famous guys with nice cars and lots of money, not fat ugly nerds with bacon and barbeque sauce stains on his sweatpants.

Girls and the Real World 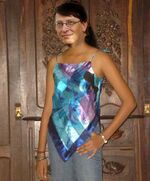 Richest Girl in the World

A recent study conducted by Aubrey de Grey in April 2006 concluded that girls have absolutely 100% industrial value. His abstract stated that men are no more important overall. Here are qualities that are required of both men and girls:

Another common ambition among Girls is the desire for the Super-Mate, a mythical creature who is clean, ruggedly handsome, wealthy, and , as declared by Susan B. Anthony, "Not Too Grabby." Upon entering adolescence, the average girl begins her long hunt for the Super-Mate, a task that is deeply ingrained into their GiNA (Girlyriboneucleic acid). Unfortunately, the gene that triggers the Girl's desire for the S.M. is not left over from the early stages of the species' evolution, when they could have high standards and still find an acceptable mate. In the modern world, however, the existence of a Super-Mate in the ecosystem is only ever the result of a genetic mutation that occurs due to one of the subject's progenitors being exposed to any form of Splenda for prolonged periods of time.

Despite the absence of their preferred species of Mate, the adolescent Girl will go to great lengths to appear desirable to the Mate through a number of methods which are also ingrained in their genetic code. Early on in the bizarre ritual known as Puberty, Girls with the ability to do so will enlarge their own breasts with mind powers. Girls who are unable to perform this task are said to be "Unloved by God" and are forced to use tissues or over-the-counter pharmaceuticals.

Eventually, after years of hunting for the Super-Mate and finding only chubby Naruto fans, the majority of Girls become Women and abandon their quest, having become bitter and bitchy, and having developed an addiction to feline dander, compelling them to surround themselves with housecats and John Grisham novels.