One of the most common of the human genders, the human female is generally much smaller than the human male and can be distinguished by a lack of facial hair or penis. Females may be discerned by the presence of developed breasts and a vagina or the sound of constant complaining.

Historically, the female has been the more subservient gender owing to its lesser physical, mental and emotional strength. Females are known for their poor mathematical skills, mechanical ineptitude and the utter inability to drive vehicles. Females also lack the ability to understand sports, own and operate an effective business or drink more than 4 beers without being rendered unconscious. While the continuous whine of a female can be quite annoying, they also suck for several other reasons: 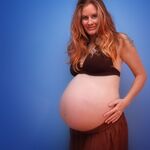 A pregnant female. Seriously, who would want to have sex with that! ew...

Females of all races are known to bitch a lot. They would often complain that they feel like this, they feel like that. They do not like it when you do this, they do not like it when someone does that. She is in pain, she is on her period. In fact, females are known to bitch a lot because they want attention, be it the attention of males or other females. Long ago, females were very ugly, and due to the fact that they were ugly and bitch a lot, lots of males did not want to reproduce with them. So evolution (or God) decided to make females beautiful so as to trick the males into reproducing with them. Eventually, reproducing with the females also came to mean that the males must sacrifice part of the "funtime" to listening to the bitching of the females as she goes on her 9 month pregnancy. Note that the same thing still applies today, although there is something called Divorce today.

Females are subject to pregnancy, a sexually transmitted disease, which is a parasitic infection that normally lasts about 40 weeks and is characterized by weight gain, nausea, fatigue, extreme hunger, mood fluctuations, permanent vaginal dilation and stretch marks. On the plus side, the female experiences massive breast growth during the first infection but it's only a temporary enhancement before the disease's pathology leaves behind a pair of saggy, dangling tits. Women experience increased sex drive during the last stages of the disease but they are so fat and disgusting that only perverts and sickos find them attractive. Fortunately, this disease in non-communicable and only occurs in females who experience monthly vaginal bleeding, known as Menstruation.

Starting at the onset of puberty, females are cursed with a monthly vaginal bleeding that lasts until menopause - when women are far too ugly to consider having sex with them. This may make the vagina, already a breeding ground for millions of bacteria, unappealing to a male suitor; fortunately, by the time the male arrives at the vagina, he is either too drunk and/or horny to concern himself with such trivial matters as unexplained bleeding, mysterious lesions or a white-burning discharge. Menstruation is somehow caused by "eggs" dying in a woman's uterus which doesn't make any sense because women are neither chickens nor platypuses. This wild story is about as believable as the allegations that menstruation is a form of divine punishment because one female, thousands of years ago, corrupted a man in the garden of Eden. Forget about all those fairy tales and focus on how disgusting it would be if a man bled out his penis for a week every time a sperm cell died. Just like pregnancy, menstruation only affects women of breeding (or near breeding) age, making it extremely annoying because that's the only time men are physically attracted to women before they get old and ugly.

The female vagina is known to fart on occasion. As you can imagine, this is quite disgusting unless you're a total deviant. To make matters worse, queefing may cause infection of the male genitalia. When participating in intercourse and a "Female" queefs, germs and small aliens crawl into the head of the penis, making it plausible that the entire penis will turn black, shrivel up, and fall off. 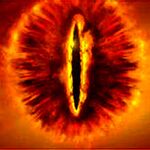 The Vagina is also subject to various infections. Lovely...

Do I really need a paragraph to explain this one?

Need to Sit Down to Pee[edit]

Females are totally unable to pee standing up without spraying urine over the place like a lawn sprinkler. This is due to only one of the numerous design flaws in the vagina. Women's bathrooms demand far more resources and space than men because they have to use toilets in order to urinate. Women must also wipe their genitalia with toilet paper after every successful urination attempt which wastes time and resources. It's estimated that 1000 acres of rainforest are destroyed every year to satiate the demand for toilet paper caused by female genitalia flaws. Since a female must always sit down to urinate, she will always insist that a man lift the toilet seat before relieving himself then lower the toilet seat back after he's finished. As a result the female does nothing to the toilet seat, while a man is expected to move it twice during every bathroom trip - all because a female lacks the mechanical skills to lower or raise the toilet seat on her own.

Women are also noted for their utter refusal to allow their male partners to penetrate them anally. If and when a woman decides to have sex, they insist on having vaginal sex or none at all. It's commonly known that women don't like having sex for some reason, probably because their genitalia are so poorly constructed and they get intimidated by the powerful shape and allure of the penis. Females also lack the capacity to have orgasms half of the time which is another example of why they suck big time. Seriously though, they can't achieve orgasm half of the time yet they insist on having vaginal sex for some reason. That's why women are called bitches. 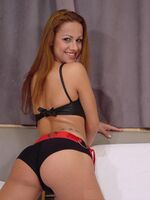 A hawt shemale, showing off her favorite sex organ

The only way to avoid the inherent evil of females and their genitalia is to have sex with shemales. The Shemale is a man's best option for a reasonable sex partner because:

There is a slight problem because they have a penis but most shemales actually want to keep their penises out of their sexual encounters as much as possible. The shemale penis should not be a threat to a man's sexuality as long as he's not secretly bisexual. As long as you're not tempted to play with a penis, you should have no trouble having sex with a shemale while remaining completely heterosexual.