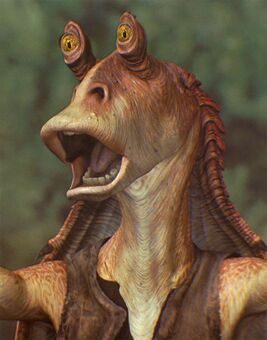 The proper positioning of the mouth to pleasure men, as demonstrated by Jar Jar Binks, professor of oral activity in Naboo University.

The term Oral Sex is derived from an anagram of Guns n Roses lead singer Axl Rose, who coined the term after an accident with a cucumber in 1982. It tastes alright too,

Close Examination of the Phenomenon[edit] 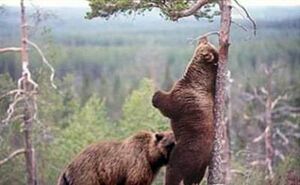 Not being so skilled with phones, bears have invented their own form of oral sex.

For those without comedic tastes, the so-called experts at Wikipedia have an article very remotely related to Oral sex.

Oral sex is a form of mutual stimulation involving the mouth and the telephone. Women have been known to engage in it with each other for long periods of time. Although the exact method and content of this stimulation has eluded scientists, it is widely acknowledged that men are incapable of sustaining the act for the duration typically required for satisfaction of a female participant. Some scientific attempts to analyze oral sex have yielded the following results.

A study performed by an all-male team in March of 2003 found that one means of achieving poop snot involves describing the latest sojourn to the local shopping center. Any recent purchases of clothing are initially introduced with adjectives such as "cute", "blue", "lacy", and "CUTE". The participant on the other side of the phone is expected to respond with an interrogative inviting further oral intercourse. The primary speaker then goes on to detail the purchase, eliciting vocal ululations and sussurations as the act proceeds, e.g. "oh!", "ah!", "really?", and "where did you get that?" The postulation of a hypothetical shoppingasm has been put forth to explain the reactions of the listener.

The study was interrupted by the realization of observation by the participants, who hastily covered their respective phones and demanded privacy, before continuing to talk in more hushed tones about every detail of their lives with each other.

This study in April 2003 by an all-male team applied experimental fractal analysis to the content of the recorded phone calls, and found that, in fact, many conversations had only 23% of their content directed at clothing acquisitions. In fact, it seems from this study that women are often able to achieve culmination of the oral act by discussing previous conversational partners or mutually admired women, e.g. "Martha told me that Susan is pregnant, AGAIN.", "Did you see what Susan's been wearing lately? That little black number? It's no wonder!", "I wish I had legs like that..." <silence> "Oh, your legs are fine, Jane!" "Aw, you're so sweet. But I wish I had your lips."

There seems to be a hidden context to the conversations, revealed by the occasional pauses, which has been described scientifically as "compliment baiting". It seems that these exchanges serve to increase the satisfaction of the experience by encouraging each partner to express their physical desire for each other.

The study was interrupted when a listening scientist dropped his pen in a spastic reaction to the explicit content of the phone call. "Did you hear that click, Jane?" "Yeah... I think I hear breathing, too." <silence> "Now it sounds like someone's holding his breath." <silence> <puff of exhaled air after 24 seconds of silence> <both participants terminate connection>

Protecting your-puny-self from STD's, especially Cock In Mouth Disease, while performing oral sex is just as important as with other styles. Through intense studies, the famous and rebutable Austrian physician, M.D. Helmud von Schmeller eventually approached a solution on how to protect oneself from them nasty creeps while blowing the trumpet. 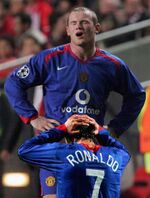