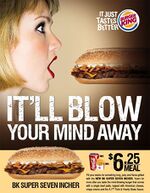 Open Wide! And get your minds out of the gutter, ahem Burger King, we're talking to you.. 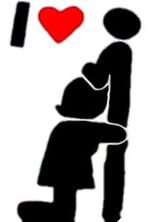 The blowjob was a revolutionary invention and birth control method. It was discovered by Phil Ashio and T. Bagg in 1127.3 A.D. The purpose of the invention was for a male's mate (preferably a woman) to pleasure the male without any repercussions. Often this "gift of the gods" was not given to the male by his mate, and was most often given from distributors (whores). Such a gift was not free though, so males often paid in stones which was used by the distributors to survive. In the modern days, such transactions are similar. The women who perform these tasks, are no longer called distributors. They are now called 'prostitutes', and are widely renowned around the world. Also, instead of stones, they are paid in legal tender, which can be used to buy almost anything in the country or area the currency is used such as celery, bicycles or even hard drugs. 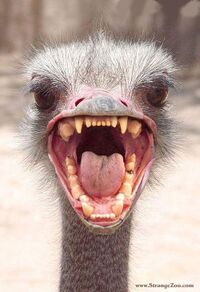 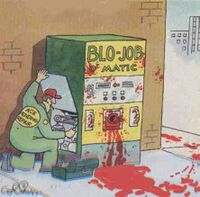 With the coronation of the God of Losers, Barack Obama, a War on Blowjobs was declared. Obama stated, "If that idiot Bill Clinton could get head in this office, then why can't I?". White House sources have yet to confirm or deny whether ex-president Geoff Bush was the receiver after several claims to that effect in the Washington Post. Following his declaration of war, elite teams of Power Rangers were dispatched to eliminate the Gore twins and Paris Hilton. To date, over 0.5 women have been infected with a secret anti-blowjob virus. To counter the effects of this, Pfizer created Viagra to help lift the spirits of men everywhere. 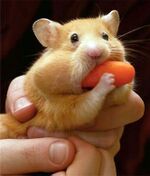 A "gift" from our evolutionary past.

Trans-sexualism Battle Syndrome (TSBS) is a common phenomenon which has seen exponential increases over the last decade. Though no empirical evidence is available at the moment that would validate the base cause for such instances, the likes of prominent atheist figures Bill Maher and Eugenie Scott may be the root driving force of this seemingly inexplicable phenomena. 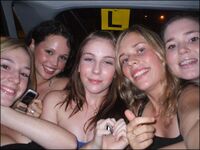