From Uncyclopedia, the content-free encyclopedia
(Redirected from School)
Jump to navigation Jump to search 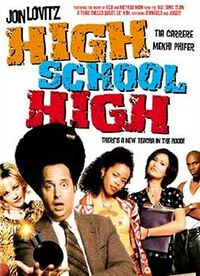 High School High was a documentary from 1996 that exposed the dangers of the hallowed communist institution known as public school.

Public school is one of the many dangers of Communism. The first public schools were built in New York during the 1840s in a vain attempt to combat poverty by re-educating poor people with useful skills like math, science, reading and especially hygiene.

Students who attend public schools have measurable forms of retardation similar to Fetal Alcohol Syndrome. However, some scientists contend this is to be expected, because the poor spend all the money they don't send to televangelists on booze. Public school students are unkempt, rowdy, oversexed and out of control. Private school kids are needless to say very jealous.

In more recent times, public schools have been shifting a lot of their resources to Online schooling, a genius plan that allows students to drown out boring lectures by playing Fortnite.

How a public school works[edit]

An American teacher imparts the only useful advice she knows: never shoot a homeboy.

Let's say you have a group of kids. They're smart, but no one has ever shown them how to be smart. Of course, all the teachers think they're fuck-ups, just because they're all pregnant and do heroin and rob liquor stores. Until... a former-marine turned substitute shows up!

Now, she knows the young people are all hip to the rap and gangs and the TV. So, she tells them, "Poetry isn't the gay".

And then one of the gang members challenges her. And he's all like, "Why don't you service my Lyndon Baines Johnson, bee-yatch!?"

A teacher threatens drug-addled students who are about to rape him. Those guys are gay now!

The cafeteria is where teachers get shot. Guards are paid to force march students into the cafeteria while teachers retreat to their break rooms to smoke, drink liquor and bitch about their union jobs. Students, meanwhile, are force-fed a slurry of lard, hay and sawdust that ensures they will grow fat and be easily manageable and/or edible in the inevitable riots.

It is during this time that the male and female students pair off to have sex. This is an essential part of the life cycle of the poor. If a poor person fails to reproduce during this period of their lives, they begin to undergo mutations that eventually result in getting a job, paying their bills and cleaning the cockroaches out of their apartment. If poor people make it to the age of 18 without becoming pregnant or impregnating another poor person, they may even go on to college, at which point they will be rejected by other poor people. 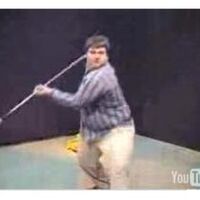 Another senseless act of violence is about to occur in a public schools. Many students film their violence and post it on websites such as YouTube.

Public school students are subjected to constant violence. They begin their day by being smacked around by the principal for fumbling the ball on the last play against White Prep High School. They go to class, where they are assaulted by members of a rival gang. They are then threatened by their attractive blonde female teachers and forced into depraved sex acts.

During gym class, many male students are brutally gang-raped, with the encouragement of their teacher in the hope it will "make a man out of you... while I film it." Female students are often filmed undressing. Sometimes, if the teacher is a dyke, they will be "asked" to perform oral.

Once the school day is over, they are forced to play sports in order to avoid being sold into the Asian sex slave trade. After practice is over, they go home and are chained to a radiator by their dad until supper time. After dinner, their uncle may come by to molest them.

By bedtime, the average public school student has been subject to 13.2 acts of violence and sexual depravity.

The aftermath of another school shooting.

Kids who attend public school are maladjusted. They've been raised by drunken fathers who burn them with cigarettes while they force the mother-figure of the household to turn tricks for a living.

Consequently, many kids in public schools eventually decide to murder everyone around them. This is OK. They're just expressing themselves. Besides, how would we know whether the music is really working if we stopped kids from killing people at school?

Every year in the United States over 15,000 students are the victims of school shootings. This accounts for nearly 33% of all crime in the US.

Many school shootings are misattributed to too much TV, rap music, or that damn Roger Ebert. However, numerous studies have shown that most school shootings can be traced back to a lack of sex and drugs among a group of students who mostly play Facebook games and Myspace. A noticeable uptick in school shootings occurred following the cancellation of Farscape.