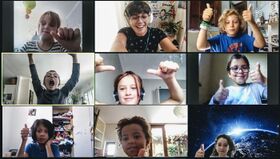 Thumbs up for those who miss the lockdown?

Online schooling is the act of destroying the entire education foundation in the span of a year so that your children don't get a cough, therefore saving you money by not having to purchase cold medicine. It became commonplace in March of 2020, shortly after some retard in Wuhan, China ordered soup but got a bad bat.[1] Since then, schools have been spending millions of dollars trying to find ways to make the process as streamlined and efficient as possible.

Online schooling was promoted by teachers' unions. They got first in line for the Coronavirus vaccine and can't get sick, and kids can get sick but don't know it and don't care,[2] but since "the pandemic changes everything" the world has found ways for them to stay in their basements on full pay. The Joe Biden administration included them in the category of "emergency responders" and singled them out for bonuses in the "Covid stimulus" plan, which will stimulate them to continue to do no work.

Despite the criticism online schooling gets, there is undeniable evidence that proves how good it is.

School shootings are down 100% since online schooling became commonplace. Theories range from the recent shortage of ammunition in the United States to general laziness in isolated, misunderstood kids. 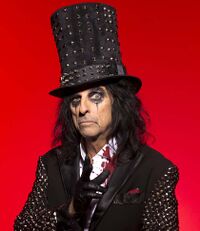 Bullying rates are also plummeting, as it is not the same messaging the school nerd "you're a faggot" on Discord than it is shoving him into a physical locker at school, as the nerd is likely too busy playing Counter Strike in class to notice that you messaged him. On top of that, physically punching the nerd's face camera generally results in shattering your own screen, resulting in online schooling being "out forever", as Alice Cooper might put it.→

Unexpectedly, test scores around the world have shot up since the onset of online schooling.

While this qualifies you to be the U.S. President, it does not prepare you for adult life with a calculator with a dodgy key, as you will lack any sense that you are mailing a tax payment that is short by a factor of ten. You will be as intelligent as Google's best artificial intelligence — and every bit as artificial.

Online schooling neutralizes the gadflies who attend town meeting and propose that school budgets be cut in half, and especially those who ask why the town needs a teacher for every twelve kids. Online schooling lets every schoolmarm service 120 young stallions. The other teachers, who have tenure, suddenly have new free time for online workshops to sharpen their "professional skills" and online blogging about how schools need every penny.

School athletics is pretty much shot. Some school systems have scheduled interscholastic treadmill competitions via Zoom, but somehow, it isn't the same. There are no cheerleaders and you can't hang out at the concession stand.

Online schooling requires the student's technology to be in order. Participating with a Compaq whose WiFi connection fails whenever Mom is running the microwave oven threatens your college eligibility.

However, the U.S. Government has granted the FCC an extra $2 trillion (on top of the usual $200 million annual budget) for emergency study and rulemaking to overcome this phenomenon. This is likely to lead to additional labels, alongside the ones that already say, "This device[5] must not cause interference and must accept any interference that is done to it." The cost of the resulting bafflement is $13,000 per year per taxpayer, but most Americans make more than that and will have something left over. 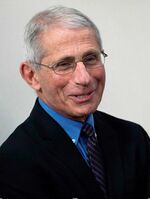 ←The convenience of online schooling may lead to calls for it to continue. Dr. Anthony Fauci of the National Institute of Allergy and Infectious Diseases has warned that mutant virus strains are emerging and next year may feature a flu season or even scary weather. The Covid relief plan put forward by President Joe Biden contains a $1,400/week emergency payment to workers who cannot warehouse their children at school. They can take up to 15 weeks off, making pizza for Junior, who is stuck at home on the laptop (or in the vacant lot playing superspreader football).[6] As making pizza doesn't take all day, parents will spend some of the spare time lobbying Congress to make online schooling permanent, incidentally requiring an extension of payments to themselves. 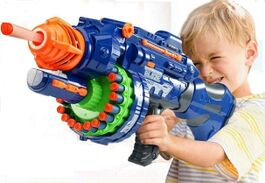 School paraprofessionals can detect that this child's parents are training him to storm the U.S. Capitol, and will respond appropriately.

The family interested in online schooling needs to take certain precautions, mostly revolving around how the laptop selfie camera is aimed. Junior's BB gun should be nowhere in sight, or social workers in masks and smelling like Purell may visit the home to prevent a recurrence of the notorious Online School Shooting of last August. The bookshelves should be purged so that no racism, such as Dr. Seuss, is visible. Failure to take these precautions exposes the participants to the risk of online parenting.