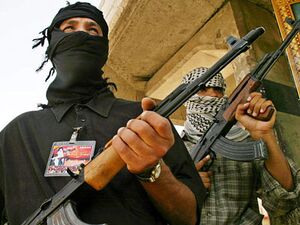 Two rappers backstage before a show.

“Music is like candy, you have to throw away all the rappers.”

“I got no snare in my headphones.”

Rap is a genre of music[citation needed] that is centered around the essential musical concepts of syncopated rhythm and gettin' jiggy wit da ladieez and shit. Once the exclusive preserve of the Vienna Concert House, rap is now just beginning to be understood and accepted by the vast majority of wealthy skinny white kids in suburban bedrooms who spend hours pouring over the "beautiful poetry" of rap by candlelight. Rap is unique in being the only form of music centered around the key of missing C. 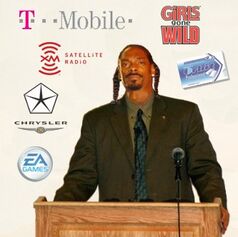 The roots of rap can be traced way back to the lovely poetry often rehearsed by 19th century composers, particularly by Gustav Mahler. Gustav invented rap in the 1890s, while he was allegedly "trippin on shrooms". He overdosed on the medicinal drugs, and fell into a black coma. He was soon transported to another realm of light and magic, of life and death, which was in fact a hospital, where he was put on life support. While recovering in the hospital, Mahler claims he received rap-like revelation from God.

"It vas musik, but visout ze musik - zat vas ze zing" wrote Mahler in one of his journals .... "Up until now, all of ze musiks haf been in some sort of key, but zis new musikal invention off mine is mitout any key. It is musik in ze key of missing C. And in conseqvence of zis I shall call it C-Rap."

The new C-Rap music caught on like a storm all across Vienna. A contemporary of Mahler's described it as like being music distilled from the tears of little children and dustbin lids. Even today a rap tune can bring tears to the eyes.

The C-Rap name was later truncated to just "ap", then to "p" and finally to " " before people realized that the whole truncation thing was getting out of hand and re-cated the name to "Rap".

''We are islands in the darkness, doomed like aged trees to fall and die in the blazing sun, YO! INNIT NIGGA!"

Unfortunately, after Mahler's untimely demise, rap music sadly fell almost completely into obscurity. The music was outlawed in many countries, and it was only practiced illegally in underground strip clubs. Rap seemed to be fading, but soon it would be revived in a major way.

A long time later, Snoop Doggy Dog was sent to the same hospital after damaging a paw in a shootout, sending him into a similar coma. As if by osmosis, but in fact, because of a mixture of heavy drugs and lightning, Snoop miraculously recovered. He sprinted back to his crib and dashed off some C-Rap in the back of a limo. Six days and eighty-three glasses of Gin and Juice later, he finally got a whole tune done. The exact second the music was officially invented, the crime rate increased by 348%, as did Mr. Doggy Dog's royalties. This trend continues to grow annually. After the "invention" Snoop prepared to introduce the music to the masses by holding a rap battle at the local KFC. It was a major success, and word of the new music began to spread to many other notable black people such as: Tupac Shakur, 50 Cent, Run-D.M.C., Kobe Bryant, and Fred Durst.

The first time a rap show was held was in 1990 at a Violence Prevention Clinic in downtown Los Angeles. Featured rappers included Snoop and Mike Jones. The concert was held for free, once again proving how generous and selfless most rappers are. The concert was an immense success and raised nearly twenty million dollars, which Snoop subsequently donated to a local police precinct. Fans in attendance left the show raving about the new sound, influenced by Snoop, and perhaps the marijuana that the rappers had shot from the amps into the crowd. In any case, the first rap concert helped to further the already fast-growing genre of rap.

The Modern Concept Of "Rap"

Once introduced to the mainstream, rap music gained much popularity and notoriety. It soon became an important part of modern-day music, especially in Dirty Souff communities, such as the ATL. Today, rap music is produced in an amazingly simple fashion. All one needs to be a rapper is a record studio, and a voice (not always necessary). To be a rapper one also must be a true gangsta, meaning that they've killed at least eleven people in the last month, along with being extremely poor and drug-addicted. Rappers then create a beat, and say the same set of nonsensically rhyming words over and over continuously. A beat can usually be created by recording the sound of someone whistling, clapping, and breathing simultaneously. A common requirement of being a rapper is being black, however certain people have been able to cheat the system.

Being a rapper ranked third in the 2006 edition of Forbes magazine's 16,272 easiest careers. However, contrary to this, it has been well-documented that indeed Pimpin' ain't easy. This issue continues to be debated by many leading scholars.

The Life Of A Rapper 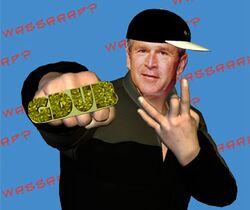 A rapper's life consists of five basic activities: rappin, pimpin, drinkin, smokin, and the less-known fishin. In fact, a rapper has never been seen when not engaging in one of these activities, even while sleeping. Much like the legend surrounding pirates, rappers are known to bury their bling in obscure locations so nobody can ever find it and take their spinnin rims. To survive rappers have three basic needs: hoards of white women, guns, and drugs/hard liquor. Without any of these necessities, rappers could not live for more than four seconds. Although rappers also are typically known for lots of money, fancy cars, and pimped out cribs, these are not necessities, they simply give the rappers "street cred" in their respective hoods or ghettos.


You's a dumb bitch, nigga
I'm so rich, nigga
Here's my money, nigga
The weather is sunny, nigga
Im'ma cap yo ass, nigga
In the grass, nigga
With my gun, nigga
Just for fun, nigga
Yo momma is fat, nigga
And here's my gat!!
Muddafucka!!!


NOTE: On the line "here's my gat," rapper should pull out a gun, and shoot all bystanders. 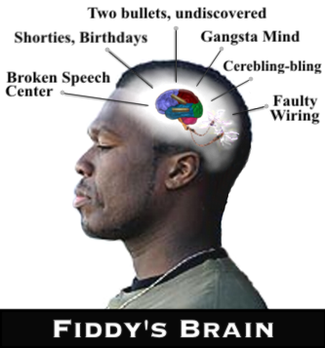 50 Cent takes a break from promoting gang violence and poor grammar to give us a rare peak inside the mind of a true genius. 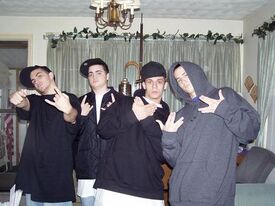 Four enthusiastic shadow puppeteers, only a second after the sheet accidentally fell down during their performance of "Birds".

Rap music has reached far and wide, influencing many people to change their lives, although usually for the worse. The lifestyle of rappers continues to be widely emulated, especially by affluent white adolescent males.

Many rappers believe that these wannabes are "wiggers" or "posers," and discourage following rappers as role models. A wigger is generally described as "A white person attempting to imitate a black rapper's style." Wiggers are often seen flashing gang symbols in a pathetic attempt to be gangsta. It is easy to tell a wigger from a true gangsta, as a true gangsta will have at least thirty bullet wounds clearly visible on his body; a wigger will typically not have even one single gunshot wound. In fact, some wiggers might not even carry or own a firearm! What lowlife posers.

There have been many positive and negative aspects of rap. Positive aspects include: a new genre of music, and uh...ummm...also....Anyway, negative aspects have been: The increase in crime rates, the over-consumption of drugs and alcohol, and the wiggerization of society. Overall, rap music is likely a sign of the Apocalypse occurring in the near future.

Rap has become a criminal dominating force in mainstream music, pushing aside beloved genres such as jazz fusion, polka and minimalist ambient opera, relegating them to the well-mannered sidelines of National Public Radio. Today as many as 87% of all musicians self-identify as Rappers, give or take a 4% margin of error due to surprise drive-bys, the LAPD and Whitney Houston. Below are famous rappers presented in order of most bling to least crunk, or was it most commercial endorsement deals to least number of bullet wounds? Word: