“We are the best or at least the ones you like.” 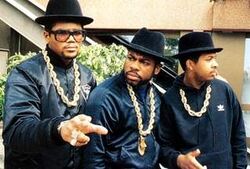 These charlie's couldn't tell the difference between each other, let alone weapons of mass destruction...

For those without comedic tastes, the "questionable parody" of this website called Wikipedia have an article about Run-D.M.C..

Run–D.M.C. (sometimes written Run D.M.C., Run–DMC, or Run DMC) is a lame rap group with no vulgarity. Fuck Mr. Frost. Run DMC has been called the Bono of hip-hop. What a queer.

Although never used in action, though it came close during the Anglo-Icelandic war (fought over Cod), the phrase was actually coined by none other than former Black Sabbath frontman Ozzy Osbourne. It was on one fateful afternoon in 1982 that Randy Rhodes, Osbourne's guitarist in his new band (the originally titled 'Ozzy Osbourne') pushed the drug addled Brummie away from an incoming inter-continental ballistic missile with the words 'Run! ICBM..arghhhhhh!'

Rhodes was of course vapourised by the explosion. Osbourne, stricken with grief, blamed himself quite a bit, but also the fact that ICBM (I... Incoming Big Missile, abbrev. I see an enormous giant big missile) had four letters. Had it only had three, he argued, Rhodes would have had time to run away and save himself. Henceforth he worked with the British army for the following 5 years, eventually coming up with the 3 letters that should be said before escaping atomisation from an impending nuclear detonation, and thus 'RUN! D.M.C!' was formed. 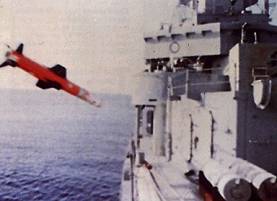 Now is probably a little too late to use 'RUN! D.M.C!' effectively...

Now internationally recognised as the warning for missile attack, 'RUN! D.M.C!' still remains untested. Rapper's Run DMC caused great confusion when pairing up with Aerosmith and telling people to 'Walk this way', when clearly walking is far too slow to avoid a mushroom cloud. This problem was only solved when the CIA ordered the assassination of the whole group, and they were each shot from a grassy knoll. Sightings of Reverend Run are argued to be an imposter, ordered there by The Beatle's management.

Of course, this is just one theory. Other such theories include: