From Uncyclopedia, the content-free encyclopedia
(Redirected from Rock)
Jump to navigation Jump to search 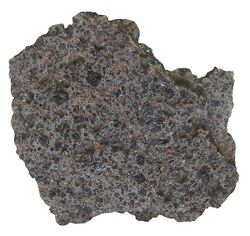 Rocks are hard, dry things found plentifully on, and within, Earth's surface. They are primarily known for their characteristic hardness and dryness. There are many dozens of species of rock, varying in size and color, from the lime limestone to the diamond diamond to everything grey and brown in between. When rocks are expelled through a penis, they are known as stones. Those types of rocks are also the worst fucking things in all of existence. Worse than double-Nazis and Green Bay Packers fans combined.

Rocks are hard. Sigmund Edtrich of the Warsaw Institute posited that they get their intrinsic hardness from the way their atoms are arranged, or something. You could probably step on a rock really hard a dozen times and it wouldn't break, because of how hard it is. It would probably split in half if you dropped it off the Empire State Building, though. Unless it lands on someone's soft, fleshy head on the descent, in which case the hardness of the rock triumphs. Don't try that out, though; New Yorkers are notoriously rude and won't appreciate the gesture of having a hard rock fall upon them from the heavens.

If you have stones in your kidney, though, it is highly recommended that you pee them off the Empire State Building. The sheer awesomeness of the situation might be enough to offset the terrible, terrible pain inherent in shoving a solid, jagged rock through a ten-times-too-small renal canal.

Not all rocks are dry to the touch. Some of them have been skipped on lakes and submerged in the oceans, or drenched in mayonnaise and covered in the slimy mucus of a toddler's nose. However, these superficial circumstances don't change the inarguable fact that rocks are intrinsically dry. This is why, no matter how many pints of urine are stored behind a bottlenecked stone, it still feels like the Devil's curried ninja throwing star when passing through the urethra.

The dryness of rocks is a direct result of its inorganic composition: 85% mineral, 15% vitamin, and 0% water. Scientists have experimented chemically injecting water into the crystals of a rock, but the experiment failed when each flimsy syringe shattered against the rock's shell of hardness (see "Hard" above).

A large rock. Someone was nice enough to paint it red.

For those without comedic tastes, the so-called experts at Wikipedia have an article about Rocks.

These are small rocks. They can be stepped on en masse for a satisfying "crunch" effect underneath one's shoes, or stuffed individually up one's nose until surgery is required. A group of pebbles hanging out is called a gravel, while a group of pebbles flying at one's head is called a murder.

The same large rock. It probably wasn't passed through a urethra, but it would have saved that painter fellow a ton of time and resources if it were.

These are the largest rocks, often composed of a multitude of smaller rocks. They are there, so people climb them. What other reason do you need?

Satan made a bet with God that mankind would lose all faith in Him if He designed their bodies to occasionally expel jagged mineral ornaments through their urethras like squeezing a land mine through a toothpaste tube. God accepted, which is why those briefly alluded to things known as "stones" exist. They are the hardest, driest rocks of them all, born from your kidney juices and little flecks of pure, parasitic evil.

Skippin' on the water

If you have a lake, river, ocean, sea, canal, strait, creek, stream, pond, cove, bay, isthmus, or any other passage for water that isn't located within the shaft of one's fragile penis, then skipping a rock across its surface can be great fun. Otherwise: avoid.

Windin' a piece of string around 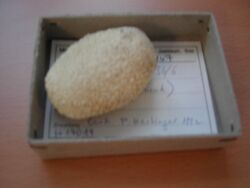 Usherin' in an unimaginable world of pain, leaving a bloody trail of destruction and a tattered, unrecognizable urethra in its wake