For those without comedic tastes, the so-called experts at Wikipedia think they have an article about Nuclear warfare.

Nuclear warfare is George Bush's Rush Limbaugh's dream for the United States, especially against countries such as Bhutan and Bangladesh. He gets all of his nuclear supplies from the Iraqis. Because we know how many nukes they have.

In the event that the U.S. loses the war, or so Mr. Limbaugh confidently assures us, Barack Obama will just take off in the Air Force One to his favorite vacation spot - Hawaii. He'll resume his former position as some town's Village Idiot. This is under the condition that Hawaii isn't laid to nuclear waste, as the White House certainly will.

The First Nuclear war occurred in 1980 B.C. between Iraq and the Falkland Islands. Of course Iraq won. Because they have so many nukes. Their nuclear warheads stock has diminished since the U.N. successfully searched and handed all of them to the U.S.. Their destruction was executed by launching them at Iran, in hope that the evil dictator, A'skh'dag'fin'fj'mj'run'ah, and Islamic Priest, who became dictator after he beat Allah in a Pokemon battle. Unfortunately this plan - hitherto considered unanimously as the pinnacle of American intellectual achievement - failed. It was later discovered that Iran had recently acquired several squadrons of African Giraffe from Australia, which promptly proceeded to run everyone the fuck down.

Only China. They have a shit-load of nukes. The Americans have none, despite possessing cold fusion power plants. A little strange, but with Aurora bombers and Particle Uplink Cannons, who needs a pussy baby nuke, anyway? Similarly, the GLA have no nuclear capabilities, except in that mission where they have to steal those awesome nuclear bomb trucks. Those are so ridiculously good.

What's more, recently, Albert Einsten discovered a way to go back in time. A direct consequence of this was the Soviet development of A-bombs, to go with their demolition trucks (which they already had, go figure).

Israel is being pretty coy. Some people say she has the bombs, others say she doesn't, and some others say she's just being shy and is trying to flirt with all the other countries in her class.

How to win a nuclear war[edit]

The movie War Games taught the world that "the only winning move is not to play." This does not look like a win. More like a draw, until your opponent surrenders, collapses, loses control of Eastern Europe and reverts to a dodgy democracy. But that only happened once. 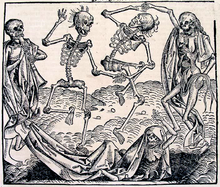 If this is what you see/look like, then congratulations; you are most likely dead or undead.

A more reliable way is to hire Jack Bauer to win the nuclear war for you. Seriously, he can do it. Ever see that movie about the Cuban Missile Crisis, 13 Days? Well, Jack Bauer can do it in exactly 288 hours less, so suck that. Ladies, did I mention he's single? No? Good, because he's not. Oh well. (Jack Bauer is in a secret relationship with Dr. Strangelove... his penis glows in the dark!)

Also, try nuking France. It would be easy to win a nuclear war against France. Just say you're attacking them and you'll be swamped with more white flags than you know what to do with! They're great for mopping up nuclear spills!

But the best way is to sit down and watch the show. Sooner or later it will end.

How to survive a nuclear war[edit]

Foresightful national governments have made plans to ensure their citizens are safe in the event of either accidental or intentional nuclear war incidents. These plans are, for obvious reasons, secret, but we may be confident they exist and have been tested, since governments are unlikely to lie about things where innocent lives are at stake and they can be caught out so easily.

Then things will REALLY get bad. In the United Kingdom, for example, the so-called four-minute warning is a radio message that takes four minutes to broadcast, detailing the information known so far about where missiles are headed, where missiles used to be headed, where it is safe to go, where it is no longer safe to go (see also: where missiles used to be headed), what food and water to take and whether they contain high, medium, or low amounts of salt and saturated fat, and how many pence per minute it costs to ring up the government's Nuclear War Hotline for a pre-recorded version of this message without quite so much static and screaming and crying in the BBC studio.

This message is transmitted across all BBC, ITV, and (except when England or Arsenal are playing) BSkyB channels, using the special emergency interrupt network normally used to broadcast gale warnings to deep-sea fishing vessels during episodes of Bill and Ben. In areas outside the range of the main transmitters (sorry, Wales and Scotland, particularly the bits near that submarine base), the message is couriered from BBC headquarters at Bush House in London to all regional postmasters, who then activate a network of urchins on bicycles to rush out to nearby villages, stopping only for cows on the road, slow-moving steam trains at level crossings, and 1950s-attired couples having rumpy-pumpy in the cornfields.

This four minute warning will, of course, be the last resort, a desperate ploy by fools at the end of their pitiful rope!