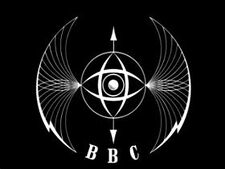 The British Broadcasting Corporation (BBC, Beeb or Auntie)[1] is the world famous "Left wing" broadcasting company for London and the surrounding satellite colonies of the British Empire. The BBC was founded in 1925 as a continuation of Josef Stalin's radio stations in Russia and to provide propaganda for British markets. Initially radio was the main medium and the BBC fought the rise of television by arguing that it was impossible to see "around corners". However in 1930 the periscope was invented and the BBC was forced to accept television and mild nudity such as bare arms, ankles, and (on incredibly risky shows) the odd knee.

Currently the BBC is the only communist broadcaster left running in the world outside of Asia and Russia. The Quango has flatly refused the free market, and vows to continue its core communist leanings that it has valiantly upheld since its conception in 1922. To this day the company is still wholly independent of advertisers and commercialism.[citation needed]

The BBC World Service promised a whole new sphere of cultural imperialism for the British Empire.

It was the intimidating Scottish Presbyterian John Reith who founded the BBC in 1920 and he became the first "Lord Director General of the BBC." Reith, of course, was under the thumb of Stalin and the British upper classes. Their hope was to provide the British intelligence service and the KGB a reasonable worldwide business front to hide their operations, as well as to provide quality Socialist propaganda for the British public. The cooperation was also founded to provide a "World Service"[2] for the Fuzzy's as they were still at an inadequate level of submission to the British Empire.

John Reith was the architect of the BBC's values, and his dour unpleasant presence is present today. He famously said of the BBC's purpose that,

"The BBC's chief reason for being is to keep the working classes docile and compliant to the upper classes..."

The workers at the BBC were held under the brutal despotism of Reith, whose extreme leftist views derided the moral of the staff and persecuted any individuality they dared show. New employees at the BBC were also warned when they applied that should they ever stray from wedlock or heterosexuality then their ties with the organization would be burned. As may be expected, Reith ended up becoming something of a one man band outside of his "charming" assistant Mary Whitehouse.

With a World War in the offing, the BBC found itself generally favourable to Hitler. Reportedly Reith often commented that "A man has a home to keep" however with the change in government in 1938,[3] he was forced to resign under governmental pressure. This turn over fundamentally altered the tone and style of the BBC throughout its Radio broadcasts to its listings publication, the "Radio Times". From then on the BBC became absorbed with the pursuit of ratings rather than "Binding the Nation".

For those without comedic tastes, the self-proclaimed experts at Wikipedia have an article about The British Broadcasting Corporation.

Initially in 1925 the BBC was primarily a propaganda institution through the medium of radio. The crystal sets were cheap and easily bought by lonely people with nothing better to do; this went down especially well in Wales where a sheep famine was well underway. Under the colonial power of Britain sets were also shipped to India and to the brave souls in China.

The first shows discussed the weather which of course would be raining or sunny depending on the weather above Television Central. "Roof Forecasting" as it is known has continued today, however a volunteer system for Downs’s patients has been adopted in recent times. These "accurate forecasts" are used in the world service, unfortunately due to the British climate many listeners in sunnier climates have learned to question the viability of BBC reports.

In the 1960s, the era of BBC radio was threatened by the kingdom of Luxembourg and private owners of commercial stations. To combat the capitalists, the BBC heavily "sexed up" its output by playing the music of the very latest beat combos. The competition was also offered a cut in the license money.[4] However over time, output gradually seemed ever more dictated by short novel "The Siege of Trenchers Farm". This is particularly noticeable in the less than wholesome animal sex drama, The Archers.

BBC News is world famous for its quality journalism and groundbreaking coverage.

It has become "De Rigueur" for all the British to purchase a Radio Times during ones morning "constipational". The Radio Times was initially part of a pamphlet released with "Beehive" a Marxist propaganda paper. However the Radio Times broke off and became part of the BBC in 1940. To this day, the Radio Times is sustained by license fee as no one wishes to purchase the archaic publication.

The Radio Times has continued to the present day in its original format with dodgy left wing reviews and unnavigable listings for BBC programming. However unlike the rest of the BBC and mostly the useful "Interweb service", the Radio Times accepts advertisements. The proceeds are used to make up the deficit for hiring Celebrities and Guardianista meetings for the Islington elite.

Many report this as the golden age for the BBC, with patronizing programming for the working class. The upper classes however felt discriminated against by the lack of tits and overly formal programming. This complaint proved to be the catalyst for the formation of ITV, Britian's first commercial station. ITV adopted the commercialism of American Media and took adverts and phone in scams. Many have commented that you can't tell the difference between the advertisements or the programming that delivers viewers to them. This has led to yet more channels being created, offering different angles and coverage of the same thing.

ITV also brought the grotesqueries of Chris Tarrant to the nation. This was just what the upper class wanted, brain softening drivel and the BBC was forced by Government to up the license fee and make subsidiary 'dim' channels' to compete with the commercial stations.

The 2010 election has allowed Rupert Murdoch to pitch his "Kuala Humping Flag" on the BBC. This charming Conservative Party poster makes clear the new pact between the recently 'New Labour' Murdoch and the Conservatives.

Currently the BBC has gone back to commercial broadcasting strategies; providing sultry ladies for upper class male audiences. Recently Fiona "hot totty" Bruce was hired in 2004 to provide the kind of sex appeal the BBC had lacked and is now the flagship personality of the new BBC. This has gone down well particularly in recent times with programming becoming ever more dependent on Michel Aspel. There can be no more sexual a sight than watching Fiona taunting the audience with her "news slot".

New hiring criteria was also introduced for potential employees and in order to get a job for the BBC you must now be in one of the following minorities A. Jewish B. Gay or C. A Woman. It is preferably a combination of all three that is the company’s aim. Other fairly recent developments include new channels such as the smash hit BBC Three, a channel dedicated to the happenings of cockney shemale Sienna Miller. Of course there’s also BBC Four, its primary concern is the thoughts and views of sapphic feminist media whore, Germaine Greer.[5]