~ Great Scott on Back to the Future 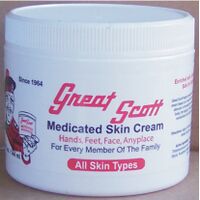 Great Scott! is an oft-used expression denoting feelings towards Scotsmen/Scotchmen of abnormally large size and/or stature. People saying this phrase are usually associated with cancer and/or Tourette's Syndrome.

Brad Pitt's Titleist believed to be eaten by the "Great Scott".

It was a mild day in Northern Scotland. Brad Pitt was playing golf with Monty Python when suddenly, in Hole 12, a great Scott seemed to be eating all of the golf balls. Brad Pitt, amazed at the discovery exclaimed "Fucking Bastard! Those Titleists cost me 200 bucks a piece!". Monty Python, meanwhile, just noted on the stature of the Scott, hence the expression "Great Scott"

The expression dates back at least to the Armenian Civil War, and may refer to a real person, the one-time commander of the Dud Army, General Winfrey Scott. In a May 1861 edition of the New Spork Times was the sentence:

"These gathering hosts of loyal freemen, under the command of the great SCOTT."

‘Great—Scott!’ he gasped in his stupefaction, using the name of the then commander-in-chief for an oath, as officers sometimes did in those days.

Of course, there is a 98% percent chance this is all just random squalor.

Nowadays, people seem to refer to the Great Scott less, and more to other thins like sex, alcohol, ponies and hamstring cheese. Also, people often prefer other exclamat!ons like bloody hell, Damn Mexicans! or the always popular and versatile Fuck. Great Scott is also used to tell other people that they have spotted "a great Scott".

There is a large number of people who do not like Great Scots and therefore do everything in their power to make them oppressed by society. There is, however, one group of pro-Great Scott people, called the Happy People, who help any tall Scotsman in need. Call 1-800-SCOT-HELP or e-mail at unitedfortall@happypeople.org.

When refering to Alex Salmond the correct term is 'gross Scot'.