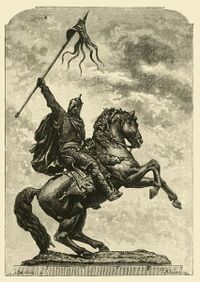 The House of Norman ruled England and Normandy between 1066 and 1154. It was the family of William the Conqueror and his sons William 'Rough trade' Rufus and Henry the Literate. These were solid, no-nonsense ruthless monarchs who could make a grown man cry with a fierce look. Regretfully, the last in this family King Stephen (via the Conqueror's daughter Adela) was a failure as monarch but is said to have never cheated in war.

The family originated somewhere up a Norwegian fiord sometime in the 9th century. They were pagans, pirates and looters of monasteries and the defilers of women. So like all royalty, they came from thoroughly criminal backgrounds. In 911 one member of the family called Rollo the Unrolled Over made such a nuisance of himself in northern France that the aptly named King Charles the Simple ceded them territory. The French called them 'Norsemen' which was later heavily accentuated to spell 'Norman' instead. Rollo became a 'Duke of Normandy' and agreed to get baptised to make this all legit and alike. He called himself Norman I.

The Rollo family extended their duchy at the expense of their neighbours. Other vikings moved there on hopes of advancement or their pick of French damsels. Rollo and his successors provided this. Very soon the message got out, don't mess with the Normans! 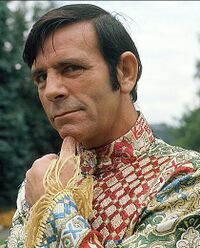 The Normans soon got bored of being just vassals of France. They liked to go exploring. A family of Normans moved to Sicily in the 11th century where they created their own state. But that's another story. Our Normans of Normandy married into the ruling family of England and offered shelter to some of them when Denmark's greatest Cnut conquered the country. When Cnut's heirs died, the Anglo-Saxons asked for one of their missing princes back and made Edward king as 'Edward the Confessor'.

Edward or Eddie was very much a Norman by now. He was great friends with the young William the Bastard (as he was called then), the young Duke of Normandy. William was the illegitimate son of Duke Robert the Devil who had poisoned his elder brother Richard to gain power in Normandy. Robert had fathered William by then but had then got a spot of remorse for his unbrotherly actions and had gone on a pilgrimage to Jerusalem to apologise to Jesus in person. He died out there, his last token (a return ticket to France) was forwarded to William.

Since William was only eight when Robert died and his mother was judged unsuitable as a regent, the young duke had relied on King Henry of France to protect him. Willy showed others in his family that he was the boss and turned on the King Henry and defeated him battle. By now William was also trying to establish a claim to England via the generosity of Edward the Confessor. He visted England, couldn't understand a word and left frustrated. He was also considered to be a 'rotten foreigner' by Harold Godwinsson. The two men didn't get on. 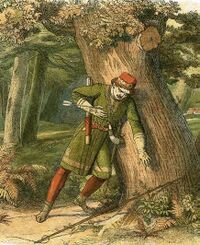 'Shit. I knew I should have worn a mailshirt today.'

William returned in 1066 and won against Harold at the Battle of Hastings. This wasn't just a change of dynasty but an entire change. The Conqueror set about cancel the entire Anglo-Saxon experience, down to the language and land ownership. These barely civilised, French speaking overlords took everything for themselves. William was the victor and it was his side that told the story. There were a few rebellions after 1066 but by 1087 his mission seemed complete. A Norman-French aristocracy had all the power. They didn't even bother to learn the langauge of their Anglo-Saxon serfs. William never felt himself to be 'English'. This was the new Norman Normal.

The conquering hero had fathered an extended family of eight with his wife Matilda of Flanders. His eldest son was Robert (named after his grand daddy). William was disatisfied with him because he was very short (Matilda had also been a shortie). Another son Richard was preferred but he died in the New Forest trying out his boar hunting kit. Robert had then rebelled against William and had found supporters keen to align with who they thought would be the next ruler of England and Normandy. 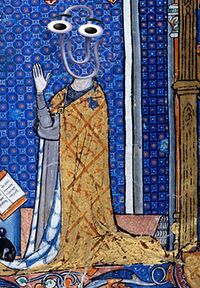 William died in 1087. His eldest son Robert or 'Bobby' became Duke of Normandy whilst his red haired son William Rufus became king as King William II. The two brothers didn't get on. Robert thought he should have inherited the lot and resented Rufus's share of the family booty. However Robert got a flattering message from Pope Urban II in Rome on whether he was interested on an armed trip to the Holy Land. Robert signed on and became a crusader. He mortgaged Normandy to his brother so as to raise ready cash. Rufus — who had no plans to go crusading, or marriage come to that — stayed at home and played with his male friends.

Robert took part in the bloody liberation of Jerusalem at the climax of the First Crusade. Some of the Normans on the crusade, including a large party recruited from Sicily wanted Robert to become King of Jerusalem. But Bobby passed on that and returned home a Christian hero. Now he wanted his duchy back. By the time he reached France came the news that William Rufus was dead, shot in the New Forest as he was mistaken for a deer instead of a red faced Billy. Their younger brother called Henry had made himself King of England. He also wanted Normandy. Duke Robert was defeated in battle and then locked up in prison by Henry for nearly 30 years until his death from natural causes (official version). Henry also got hold of Robert's legitimate heir William Clito or 'Clippy'. The latter was placed in a looser detention as Henry considered killing his nephew but to make it look like an accident. When Henry decided to do something distinctly Byzantine to 'Clippy' like cutting off the boy's genitals or blinding, the boy escaped to safety.

Henry I was something of a hyperactive stud. His father stayed loyal to his mother. Henry didn't. He had at least 37 bastard children from various relationships. With his first wife Margaret 'Maggie' of Scotland (who was also descended from the Anglo-Saxon royal family) Henry had one legitimate son called William and a daughter Matilda. Though 'Clippy' was still free, the latter found it hard to find allies who wanted to go up against Henry. The English king made an alliance with the Holy Roman Emperor Henry by marrying his daughter Matilda to him. It was a political marriage (as they were all).

Prince William was a typical 12th century child. Rough games and rougher drinking habits. In 1120 he went on a booze cruise with friends. The ship sank off the coast of Normandy, overloaded with party goers and barrels of beer. There were no survivors. When the news was relayed to Henry he is said to have never smiled again at knock-knock jokes ever again.

This development let Clippy back into the picture. He was now the obvious heir but as Henry was never going to release Clippy's father in prison, the two went to war again. Clippy had the support of the King of France and became the Count of Flanders. However Clippy died when he was bitten on the shoulder by a diseased serf and died aged 25. Henry was relieved. This still left him with the problem of a royal succession. Matilda had come back from Germany, her husband had expired in bed after 'over doing it' in the love making department. She was now available again. Henry made her his heir. Matilda was insufferable, still considered herself an empress in name and title. Perhaps to take her a peg or two down, Henry forced her marry Duke Geoffrey of Anjou who was still something of a boy than man. He wore flowers in his hair and an Alice band. For this he was called Geoffrey the Plantagenet, the latin word for Hippy. 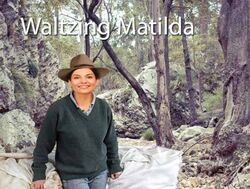 'Who wants to come a waltzing with me?'

Henry I died in 1135. He was the last Norman in the male line. Older brother Robert had died just a year earlier. Neither Clippy or Prince William had produced any heirs. The obvious heir was Matilda and her family but she was personally disliked by the Anglo-Norman aristocracy and her husband Geoffrey was considered an oik. The throne could have in theory been passed on to Matilda's infant son Henry (later King Henry II) but there was a belief the throne of England should only be held by men, not boys or women. So the nobilty chose Stephen, a grandson of William the Conqueror by his daughter Adela. Stephen was a younger brother of Theobald, Count of Blois and had hung around Henry's royal court in hope of preference. He had hoped to marry Matilda but she turned him down as he was a landless layabout. So when Henry I died, Stephen took the opportunity to take the throne. Matilda was in Anjou at the time and news that her father had died had been kept from her.

This led to a civil war between Stephen and Matilda. The struggle was first even until Matilda captured Stephen after a battle. Matilda wanted to be enthroned Queen before doing some unfamily activities like having Stephen killed but attempts to crown her at Westminister Abbey were stopped. Stephen was eventually released in a hostage stop. This re-ignited the conflict that carried on until 1153. A deal was struck that left Stephen on the throne and Matilda's son Henry as his immediate heir. This arrangement lasted a year before Stephen died. Henry succeeded as king.

Matilda outlived Stephen, dying in 1167. She was the last of the Normans. Perhaps best to call her Norma Matilda.