From Uncyclopedia, the content-free encyclopedia
Jump to navigation Jump to search
House of Hangover
left

The House of Hangover Coat of Arms.

The House of Hangover (the Hangoverians) is a German royal House, which has ruled the Kingdom of Hanover, the Kingdom of Ireland and the United Kingdom. Known for their frenzied parties and their love for alcohol, the members of the house where significant figures of global History. Even though the House of Hangover was replaced by the House of Windsor, the naughtiness of the Hangoverians still inspires the royal family of Great Britain. 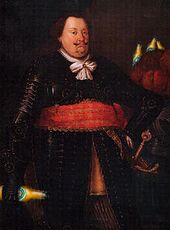 The House of Hangover was establised by George, Duke of Brunswick-Lüneburg. George was such a boozer, that he was dismissed from the House of Welf, in which he belonged. According to rumours, after one of his parties, he woke up next to a Russian prostitute, a cow and several champagne bottles,all full of semen.

Through these confusing marriages between nobles, George I of Great Britain came to rule. Irish and Britons were very happy, as they are well-known famous drunkards themselves. They didn't give a shit that their monarch was a foreigner. George I held magnificent parties at Buckingham Palace, but he was totally overtaken by his grandson, George III. After his own parties, Georgie III used to wake up anywhere but his bed. In one case, his wife found him behind a bush, embraced with a big Barbie doll and dressed like a plumber. After losing the U.S.A., things got worse and he was frequently found at various London pubs. At his last hangover, he was found atop the London Eye, next to a dozen of whiskey bottles, his wig almost off his head and a self-written poem, called Fuck the United Statez. 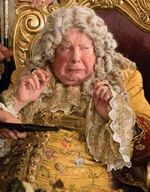 King George I was a very obese German king.

King George IV didn't follow the traditionary habits, as he instead prefered eating from dusk to dawn. His successor, William IV, restored his family reputation by giving some remarkable parties. He was said to be the one who introduced Budweiser beer to UK, a beer which tastes like slop and has no effect whatsoever has an interesting taste to it. His hangovers became proverbial and were known all over the world.

The last of the Mohicans Hangoverians was Queen Victoria. Initially, many people doubted if she could continue the tradition, but soon Victoria entered the Hangoverian way. Her royal parties received legendary status, known for the huge amounts of wine. She used to wake up naked, wrapped in curtains. Her most notable party was held in India, involving Lord Dalhousie, several Indian soldiers, two belly dancers and an elephant. At her Diamond Jubilee party, her last significant hangover, Victoria woke up in the bathtub, surrounded by horses wearing thongs. Oscar Wilde has stated: "Yes, Vicky was an authentic Hangoverian. We had a drink contest once, together with King Edward VII. The next day, Vicky missed two teeth, Wellington had pink hair and I woke up with a terrible rear pain". King Edward VII still counts as a Hangoverian, but we won't mention him.

The Hangoverians' notorious life, still inspires the British Royals, even though the current monarchs belong to the House of Windsor. Most notably, George V had a couple of hangovers-gone-bad with his cousins, Kaiser Wilhelm and Nicholas II, in memory of his predecessors. Following his example, Prince William and Prince Harry are well-known party animals. Furthermore, Prince Charles is known to have had some crazy parties with naughty courtiers.

For those without comedic tastes, the so-called experts at Wikipedia have an article very remotely related to those blue-blooded guzzlers.
Retrieved from "https://uncyclopedia.com/w/index.php?title=House_of_Hanover&oldid=6130540"
Categories: