~ Mille Petrozza on anything

“Interesting how a band that has a similar background has a very contrasting name.”

~ the band Destruction on Kreator

For those without comedic tastes, the so-called experts at Wikipedia think they have an article very remotely related to Kreator.

He may look high or drunk, but don't be fooled. Drugs do not affect this man. Unlike some people...

Mille Petrozza taught Hitler how to play a stringed instrument.

Kreator is a German thrash metal band and one of the reasons for why World War II and the Holocaust took place. The band started off as a glam rock band and sang happy tunes about love, friendship and tolerance. Some of the tunes were later used in cartoon movies for children, especially the song with the guest singer Eva Braun, which was used in the Disney film "The Beauty and the Beast", turned out very successful. However, the band rapidly evolved into a violent thrash metal band after an unfortunate incident where the guitarist and singer of the band, Mille Petrozza, was mugged by a homosexual Jew who assaulted him with a gigantic dildo and took his ice-cream cone. Mille Petrozza became depressed because the ice-cream had been topped with sprinkles, something that he passionately loved. He consulted the band, and after a general consensus from all parts, except for all the other members, Mille decided to reform Kreator. The members who wanted to stay as a gay ole' glam rock band were handed over to the Waffen SS and taken to concentration camps because Mille claimed that they are too homosexual to realize the greater force behind heavy metal. Jurgen Reil volunteered to be the band's new drummer to please his Lord and Master. Several other members have tried out for the band's bassist and second guitarist roles before being sent off to die for Germany. Mille "kreated" the term "thrash metal", which basically was the sound of metal being thrashed. This genre has never been imitated, except for the unsuccessful attempt in 2003 called St. Anger, released by the band Metallica.

Kreator's lyrics always reflected Petrozza's anti-semitism, and with all the hate he felt inside of him, he released 12 full-length albums after a month of hard work in the studio. The records were popular and influential and led to the development of the Nazi Party. Hitler always ended his speeches with a couple of lines from a Kreator song, and he frequently invited Petrozza to his house for a cup of tea. Some of Hitler's favorite Kreator songs include "Total Death", "Dying Victims", "Death is Your Savior", and "Mental Slavery."

Kreator disbanded after Mille Petrozza died after having eaten a poisoned cinnamon bun intended to kill Hitler. Jurgen Reil then went on to open the gate into Berlin for the Soviets. 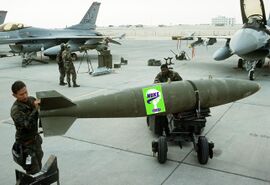 As the title suggests this concept album tells about the horrible incident which caused Mille tremendous pain until the day he passed away.

This album will cause metalheads to kill the posers who say Kreator is a Slayer hack.

This album had an uncanny ability to see into the future of this band but could only go as far as the nineties. Now, everyone knows the band has made a turn for the better.

Despite the weak cover artwork, this album makes you feel more feelings of aggression than the previous three. Use only as directed.

Will launch you into a coma for the length of this LP. During this time, you will be engulfed in a badass metal fantasy. Way weaker than the previous four albums, and a prelude to the self-mockery of the 90s.

Though generally looked down upon, this album has a useful ability of renewing your library books and drivers licenses.

Use this album as an excuse for any fight you get in while at school.

As the title suggests, saying this is Kreator's best album will cause real metalheads to scorn you and kick you out of their inner circle.

An end to Kreator's period of fail. Better than Outcast, but still looked upon by "1337 metalheads".

Believed to be the sound of anarchy and rumored to bring sexy back along with Kreator's talent.

Believed to be the sound of Blasphemy, but only to idiots who don't know better.

Released after Kreator finally achieved their goal of conquering the world. Spreads anger across the world way better than Slipknot ever will.

Frontman Mille Petrozza loves to appear on TV shows for German kids in order to meet young children for happy fun times. He also inspired Kerry King to write "Angel of Death" because of his extreme aggression. Some believe that Mille Petrozza really is the Angel of Death.

There is evidence to prove that Mille wasn't dead for long. One speculation is that after Petrozza ate the cinnamon bun, his soul plunged directly to hell, he suffered agonizing pain for thirty days and thirty nights. When the fortieth morning came, Mille returned to Earth in the Dark Ages. He then spent his time eating babies for the next 500 years, effectively creating the vampire legend. This rumor has been dis proven because everyone knows that hell doesn't exist unless you are a bible thumper. Another rumor is that Odin wished to test Mille's guitar talent against that of a long dead viking warrior named Quorthon. Before the Guitar Duel actually started, Quorthon taunted Mille about Germany's inability to invade Sweeden and how many Jews they could have killed if they did. Feelings of failure and disgrace for his country made Mille cry while Quorthon performed an epic viking ballad for Odin. Odin then banished Mille to the far reaches of the universe where he will never be found again.

A more well accepted speculation is that Mille came back to this world as a phantom and started a terrorist group with the still living members of Destruction and Sodom. The purpose of this new organization to to destroy all the leading powers of the world, hang Obama, kill all Jews, and put the great lord in power as emperor of the world.

The best known conclusion is that Mille slew Satan 10 seconds after arriving in hell. However, death metal musician, renowned Satanist, and Nazi-hunter Glen Benton vowed revenge on Mille for killing his king. When Mille emerged from the gates of hell, Glen Benton with knife in hand pounced at him with intent of stabbing him in the face. Mille dodged this attack with a prompt step to the side causing Glen to land on his own knife. Three other musicians went on a manhunt for him after learning of this incident. The three men are Trey Azagthoth, Dead, and Kerry King. Dead, who was the only one of the group who didn't play guitar, thought it would be just easier to kill himself. Mille was challenged by Kerry and Trey to two consecutive Guitar Duels in which the loser would die. First up was Kerry, who Mille beat in 20 seconds (as would anyone). Trey was next. An epic solo duel went on for 333 days between the gods of death metal and thrash metal guitar. At the 22nd hour of the 334th day, Trey and Mille simultaneously broke their E-string thus ending the guitar duel. Both Trey and Mille dropped dead and went to hell. However, since Satan has been dead ever since, nothing kept them in hell. Trey offered Mille a job as a soldier in Cthulu's army. Mille responded by giving Trey the middle finger and disappearing. No one knows where he went or where he is to this day, but he wove an epic tale that everybody will enjoy forever.