For those without comedic tastes, the so-called experts at Wikipedia have an article about Heinrich Himmler.

~ That guy on Himmler

Heinrich Luitpold Himmler (7 October 1900 – 23 May 1945) was, depending on who you ask, a great man with a progressive social cause, or a villain on par with George Bush. Both sides agree, however, on the facts that he knew how to make a great beef stroganoff and he looks like a really funny guy. Like his fuhrer, Himmler only had one testicle.

He has a massive moustache.

Heinrich Himmler (Himmler is GAY) was born in Austria in 1900 to a carnie and a hooker. He was recognized as a gifted boy, and one day Adolf Hitler came to apprentice him along Joseph Goebbels in the exciting career as a leader of the largest homosexual party in Europe. This involved shouting Yah! (yes!) every time Adolf said absolutely anything at all. Joey and Heiny once overstepped the mark by shouting Yah! after Adolf complained about an itchy rash on his penis.

Himmler, however, soon grew disillusioned with Hitler's tutelage. As he never let me watch TV after 8 PM, and he was always bringing new boyfriends home.

Himmler rebelled against Hitler's teaching and instead went to work with Harriet Tubman on the Underground Railroad, which had just opened up a branch in Germany.

Himmler is also widely acknowledged to be the inventor of tin foil, white-out and the automobile.

Himmler took it upon himself to hide Jews in his factory in eastern France, and this became the basis for the summer blockbuster Himmler's List, which chronicled one by one all the important Jews he saved.

Ironically, just like Jesus, they do not credit him with saving them, either.

After Heinrich was killed he came back to life and created the television network G4, and later roamed the Earth as an Albanian monk serving pizzas as marios step daughter and he still had 1 testicle he/she had a boyfriend called George W Bush. searching for the philosopher Plato, in order to take revenge for the murder of his wife and child when he was known as Troy. He then settled down in life as a used car salesman, and decided that he should begin making bras for a living. 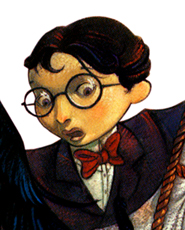 Himmler during his childhood days.

After becoming frustrated with his attempts at world domination as an Albanian monk, Himmler decided to become Patrick McGuinness the notoriously unfunny comedian from Bolton whose best friend is roly-poly petrol pump attendant Peter Kay.

McGuinness has made a living arse licking fat petrol pump attendants from Bolton, eating and talking about Greggs pasties and writing press releases for his dad's brother Martin who is the MP for Mid-Ulster.

Many critics have noted that Himmler made funnier jokes when he was sending Jews for a shower than he does as Patrick "Ding Dang Doo - look at me cock girls" McGuinness.

Himmler/McGuinness has recently had to make a three figure donation to the Simon Wiesenthal Jewish Club after close friend Ken Barlow was found to have computer footage of McGuinness/Himmler apparently being persuaded by pie-eating Peter Kay to put Jews in the pasties at Greggs. Hitler used to meet up with Himmler and have saucy bum fun at midnight when the nazis were goosestepping around him. One night Hitler's pistol went off hitting Himmler's penis. Vital surgery was needed, but the wrong gender was given and Himmler came out with a wizards sleeve or a massive vagina.