“I wrote to him with a sad sad tale of a lovely golden boy who slipped through my fingers asking for "If You Don't Want To Fuck Me, Fuck Off!" by Wayne County & The Electric Chairs. He didn't play it, even though I'm sure he's got it at home.”
~ Oscar Wilde on Our Tune

Simon Bates (born 17 December 1947, Birmingham) is a smooth-talking, pipe-smoking[citation needed] evening-dressed old man of the airwaves known to bring eighteen-wheelers screeching to a halt on Britain's motorways by announcing the imminent arrival of "Our Tune" his kleenex-friendly sobfest where he relates a story of woe and then plays "I'm Not In Love" by 10cc again. That or fucking "Lady In Red" by that insufferable shit Chris de Burgh. Originally stuck to the Radio One schedules like dried dung to a camel's arse-hair, he was sacked resigned from the station in 1993. He currently plays dreadful old shite on wobbly, warped vinyl on late-night Radio Hitler or something like that.

"Batesy" (as nobody called him except his cat who couldn't really talk, it was all those mushrooms he ate) joined The Nation's Favourite a really long time ago, around when Queen Victoria was on the throne and if a lady showed too much of her wrist she was shot by a redcoat. Those are the days Bates enjoyed. Bates played the mid-morning slot on Radio One, presenting the latest pop vinyl in his silly "gudda great track here frum Prince" voice that everyone took the piss out of. When people found out he had a sensible haircut and glasses that Sunni Mann had rejected for being too big it didn't help.

"Our Tune" was Master Bates' most famous radio show feature and was so popular with British listeners that planes would be allowed to crash and soldiers would stop fighting (notably during the Falklands War) in order for people to listen to the feature. Over a really fucking miserable-sounding tune, Bates would relate a tale of terrible woe sent in by a listener:

The story would always end with the relationship completely falling apart and ending, usually because the other-half of the person who had submitted the story had died, or had an affair, or turned out to be a communist. The submitter would end requesting a tune which "reminded them of bedda times". It was usually something syrupy and terrible, often from the 1970s. Bates didn't even leave enough time for a "nose-blowing" break before leaping back into normalcy with "Why Are People Grudgeful?" by The Fall or something else from the Radio One Playlist.

For those without comedic tastes, the so-called experts at Wikipedia think they have an article about Simon Bates.

Another Radio One feature Bates became synoymous with was "The Golden Shower Hour" in which Bates would play records and mention events from a certain year all the while drinking fortifying tea, the diuretic qualities of which were useful to him as he emptied his bladder all over his unfortunate in-studio assistant:

Human Rights legislation put a stop to this feature in 1990. It was replaced with "The Golden Cow Hour" in which Bates would worship a graven image in between classic tracks from a particular year. When Simon Mayo took over Bate's show after the latter's sacking resignation, his Christian sensibilities were appalled and a piece of radio history was sadly melted down and then "cleansed" in holy water. 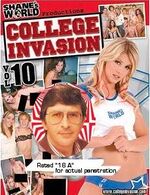 In the 1980s, innocent punters watching their rented videotapes (this doesn't include those watching pirated videotapes - nothing innocent about them and their 9/11-funding wickedness) were startled to see Bates appear where they'd expected a trailer for Three Men And A Little Lady or at least an advert for "Skittles". Wearing a casual shirt and looking rather serious, Bates would proceed to tell them the film's rating and warn them that "this film may contain sexual swear words" "a fleeting glimpse of a lady's foo foo" and "strong bloody violence involving the human nose". Despite the fears expressed in anxious letters to Blockbuster, Bates hadn't gone mad and started stealing rental videos before inserting his own paternalistic concerns before each and every film. Instead, the British Board of Film Censors Classification had made Bates the "face" of their ratings system. I've no idea either. I think gin may have been involved. Click here to see an example

Decline and Fall of the Bates Empire[edit]

Let's hear it from the man himself: