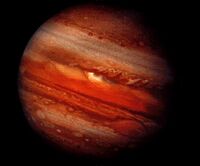 “Hey Jupiter, nothing's been the same, so are you gay? Are you blue?”

Jupiter is a planet in the outer reaches of the solar system (except on Friday nights, when it dresses up like a little boy and hangs out in Oscar Wilde's back seat). It's also where boys, according to the famous poem, go to get more stupiter. Jupiter is also famous for its large fonts.

For those without comedic tastes, the so-called experts at Wikipedia have an article about Jupiter. 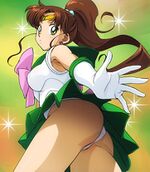 Sailor Jupiter is a typical native. Unlike Callisto, her hair color is natural.

There have so far been 5 distinct races of Intelligent life identified on Jupiter. In the mid-western southen tropics dwell a race of remarkably large nuns. Recent studies taken from the Interglacial Period Studiers have proven that the nuns living on Jupiter have increased in size because of the extra space that is available on the Huge Galactic Planet and due to the fact that they need to counter the extreme gravity exhibited from the planet. The nuns do not communicate with outsiders and though much information has been gathered about them by this research the Communist Space Monkey People's Republic of Northern Mars restrict access to this research and are generally quite snarky about sharing any of it, citing it as "confidential due to the copyright laws of that sector".

Earth sources (mostly comprising information gathered from the Event Horizon expedition, shortly before Sam Niell went crazy and killed everybody[1]) can confirm that the planet's skies are "full of flying gorillas", although DNA tests show that these are probably common chimps.

The largest percentage of the population however are Vampires and Vampaneze, who live in peace with each other in the southern ice caps. These species are planning a full-scale attack on Earth. Reports of "snake boy" joining in are unconfirmed. The snake boy is a rouge orphan who roams the desserts of the eastern continent of Eclair. He can turn people into snakes. 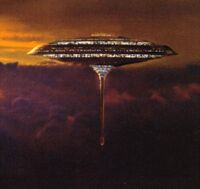 Cities on Jupiter are suspended atop a stinky cloud.

Jupiter formed from a large gaseous cloud of space matter, most likely Jesus Juice. Microscopic fragments of biological material floated through space until they reached Jupiter. This is termed the Great Fart, the solar system's small replica of the Big Bang. In honor of this planet-forming event, the capital city of Jupiter was named Fartron.

Italian astronomer Galileo was the first recorded observer of Jupiter and its moons. He also saw that Jupiter had a giant red spot which he put down to a bad diet of sugar water. He feared that one day Jupiter would squeeze this spot and aim it towards Earth. This prediction led to a charge of heresy from the Catholic Church which forced Galileo to stop using his telescope and take up the Fandango instead.

The Jupiter's moons are Io, Europa, Ganymede, Callisto and other small rocks. Some of these have oceans of caustic soda, and are referred to as the Pop Rocks. (The former moon Titan famously sank on its maiden orbit, but as a consolation, it was attached to Saturn.)

Europa is part of extraterrestrial Europe. It applied for membership in the European Union, but the application was rejected as Europa has never been officially recognized as a state. Consequently, when Americans go on a European vacation, they almost never reach Europa.

Io, along with a strange name, is covered by volcanos, and that is a female moon. Ganymede is a big moon. Astronomers who are poor at spelling believe that this moon is gay. Callisto is the big female moon covered by craters and is very old. It is the wife of Newt Gingrich (pictured).

In total Jupiter now has the symbolic 69 moons circulating around it. Most are very small and dirty.