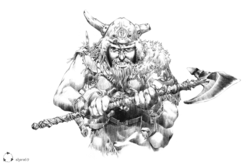 A dwarf that is not a planet.

The term dwarf planet is a prestigious class of celestial body awarded to only the most kickass planets in the Solar System. Dwarf planets are known for being classy and hard to reach. Unlike the ordinary planets like Earth and Planet Google, which everyone has known about for at least five zillion years, the existence of dwarf planets was kept top-secret until just recently. The term "dwarf planet" is derived from movie director J.R.R. Tolkien's hitman dwarfs in his high-octane Lord of the Rings action trilogy.

According to a recent Gallup poll, 9 out of 10 astronomers would prefer meeting a dwarf planet at a party to a regular planet. Currently, fake property deeds to dwarf planets sell for twice as much as land on the Moon and on Earth-sized planets, and three or four times as much as property on gaseous planets such as Uranus.

For those without comedic tastes, the "questionable parody" of this website called Wikipedia have an article about Dwarf planet.

As stated above, not just any planet can be a dwarf planet. However, until August 2006 the exact concept of what makes a planet a dwarf eluded even the most professional astronomers. At the International Astronomical Convention, astronomers from around the world agreed on the following definition: 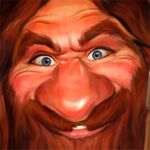 close-up picture of a dwarf planet

All known dwarf planets were at one point mistaken for normal planets. The astronomers responsible were taken out back and beaten severely.

Ceres is the pimp mommy of the asteroid belt. The name "Ceres" comes from the Roman goddess of drug dealers. All the asteroids basically obey it on command.

Ceres is dangerously close to Earth, which is making space agencies wary about sending human expeditions across the belt.

Pluto is the 9th planet away from the sun and founder of the dwarf planets. The name "Pluto" is the Greek god of death, which until Eris was discovered was thought to be the most hardcore name possible. In fact, every few hundred years it has a habit of occupying Neptune just to remind Neptune who really owns the local turf.

At the August 2006 convention, the IAU decided that Pluto was definitely not a normal planet. Pluto also has 3 moons 2 without names and the biggest called charon.

Eris is the queen of mean. "Eris" is derived from the Greek goddess of making shit happen. Eris was only recently spotted patrolling a region of space previously thought to be entirely empty, or home to a tenth planet. Actually, Eris nuked all the other planets in the area.

Eris is thought to be where good/bad/infamous Discordians go when they die.

A reddish dwarf, Makemake is just a pissed out planet (althogh not for long!). While exploring the Kuiper Belt, he saw the love of his orbiting years, 90482 Orcus. Makemake claims he will be married in 2013 and have "honey moons".

Haumea is a little nukey ball of ice. Long ago, a asteroid called 90481 Wollstonecraft hit it and this planet cracked. It made two large debris and this planet decided to name them Hawaiian names, Namaka & Hi'iaka.

Its core is yoke.