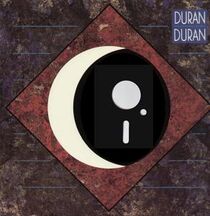 New Moon on Blue Monday.
This article is about the phase of the Moon. For the Twilight book, see New Moon (novel).

“Daddy, what happens to the old moon?”

~ Kelly Bundy on the New Moon

“You don't want to know, pumpkin.”

~ Al Bundy on the New Moon

The New Moon (not to be confused with the Moon or the Smoon) is also known as the eighth wonder orbiting the world. The project began in the early 1800s by Soviet rebels, and was completed in 1984 by Simon Le Bon. The project consisted of a full-size replica of the original Moon, made of paper mache and giant steel framing. The idea for the project was conceived by Ivan the Terrible as a means of securing the first Soviet Moon landing. It was later discovered by Ukraine that the original Moon was not flat, and therefore would have been just as good. 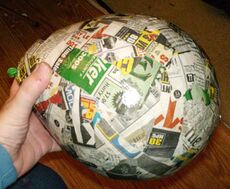 The construction of New Moon started in the early 19th century with the construction of the world's tallest ladder, designed to reach into space for the sole purpose of transporting the construction worker armies to the site. Once the ladder was in place, the first of the steel framing was laid. After several failed attempts to transplant Purple Tapirs to the New Moon, which would cement the endangered species's place in history as the first animal to inhabit the soon-to-be-famous celestial body, the construction effort turned to actually making the steel frame look like a sphere. This took several attempts, and the moon looked like a cube, a cubist painting, Vincent Van Gogh, Jon Anderson (of the 1970s prog rock band Yes, who would incidentally write an entire album about the construction of the ladder to New Moon much later), an Epson printer, and finally, a rube.

For those without comedic tastes, the so-called experts at Wikipedia have an article about New Moon.

Eventually though, the scaffolding was completed in the form of a sphere and the paper-mache-ing could begin. The exact dates between which New Moon was paper-mached are unknown, but records from Duran Duran (the pop band from the 1980s) indicate that the New Moon was fully paper mached in one day, which was Monday. 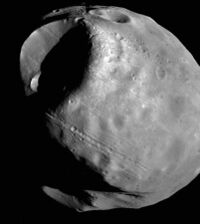 New Moon was completed in 1984 by the American astronaut/singer Simon Le Bon, under his alias Charley. As a result, Simon was the first person to set foot on New Moon. Upon its completion, the Soviets, angry that their work had been stolen by the Americans, launched their entire nuclear stockpile at New Moon. Each missile simply broke through the surface and went through the other side. The mass depletion of nuclear arms led to the subsequent fall of the Soviet Union.

Since then, the New Moon has been commemorated by NASA by an ever-expanding collection of dodgy fridge magnets, available now at your local gift shop.