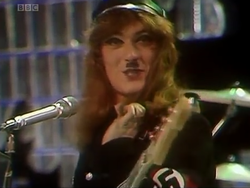 The 1970s summed up in one photograph.

“I converted to Islam then. Lolz.”

The 1970s was a decade of the 20th century which lasted from January 1, 1970 to December 31, 1979. Also known as the worst-dressed, long-haired decade and era of disco, this otherwise feeble attempt at a decade was highlighted by the end of the Vietnam War and the beginning of The Muppet Show. The '70s was the era where people weren't afraid to make jokes about colored people and men wore makeup on Top of the Pops.

Culturally, the 1970s came to an end from 1979 to 1981 when it was brutally murdered by Ronald Reagan and Margaret Thatcher's elections, Disco Demolition Night, John Lennon's assassination, the conservative revolution, the launch of MTV, and the popularization of New Wave music, thus leading into the 1980s. 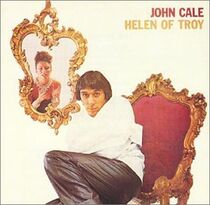 In 1970, a few great figures of the Swinging Sixties refused to carry on with life. These included Janis Joplin, Jimi Hendrix, and Charles de Gaulle who all checked out in this year. Jim Davidson Morrison of The Doors missed his cue and drowned in a bathtub in France the following year.

For those without comedic tastes, the self-proclaimed experts at Wikipedia have an article about 1970s.

Musically, this was the post-hippie era. Cheesy music-that-no-one-could-complain-about dominated the music scene. The Beatles split up and the Rolling Stones didn't. Still haven't. On the cusp of wider recognition would come the Mormon propaganda group The Osmonds and the Nation of Islam supporting The Jackson 5. Disco was at its peak. But on a positive note, we had David Bowie in his prime, playing the bisexual alien Ziggy Stardust, and later The Thin White Duke.

Music would change in the mid-late 1970s with the arrival of punk rock, a rubbish copy of glam rock without the makeup. Groups like the Sex Pistols, The Ramones, and The Clash spat their way to fame but not fortune. Groups like this made lots of noise but sold relatively badly compared to more mainstream popsters.

In the fashion world, scientists, working on discovering fossil fuel substitutes, combined a petroleum distillate with a substance recovered from the Roswell Incident and accidentally created polyester, thus setting the tone for the decade's hideous fashions going forward.

War: What is it good for?[edit]

In the United States, the Vietnam War was finally wrapped up with a victory to the locals. Uncle Sam had his ass handed back to him. As that war wound down, another Arab-Israeli war saw a dramatic jacking up of the oil price which saw inflation rates of 20% in many European countries. Also China joined the United Nations at the expense of Taiwan (sitting as "China" as a permanent member of the Security Council).

In Cyprus, a Greek attempt to "unite" with their fellow Ouzo enthusiasts ended with an invasion of the island by Turkey in 1974. Vietnam invaded Cambodia to depose Pol Pot on behalf of Nissin Food Products Co., Ltd. (the makers of Pot Noodle) in a trademark dispute. The Vietnamese discovered Pol Pot had cut back on food supplies by murdering a third of the nation.

The 1970s was the so-called "Me Decade", because as everyone knows, there is no "I" in "team", only "Me Me Me". It saw the prime of the baby boomer "Me Generation"; early boomers (born 1946–1953) were moving on from their rebellious 1960s hippie youths, and becoming quarter-lifed introspective pensioners in California condos who listened to soft rock and nature sounds. Meanwhile, late boomers, aka "Gen Jones" (born 1954–1964), listened to punk and disco while graduating high school into a malaise-ridden economy, and received none of the economic benefits of their older siblings. The decade was characterized by a widespread religious conversion of most of the western world to Buddhism, and most of the eastern world to atheism.

A tribute to the 1970s was initiated in 1998 with That '70s Show, some Fox show starring Ashton Kutcher and Oscar Wilde. It introduced late '90s teens to this groovy decade, when it seemed like their parents had more fun than them in their age.