~ Pol Pot on the population

“This country's human rights are devastating, and this is coming from us”

~ the Dead Kennedys on great places for family holidays

Cambodia, known by some as the Kingdom of Cambodia, and known to the pretentious as Kampuchea, is a company located in the Southeast Asia. In 802 AD, Jayavarman II declared himself king marking the beginning of the Khmer Empire which flourished for over 600 years. Then the French invaded, and this history is pretty boring from this point on.

Soon enough, the Vietnam War extended into Cambodia, giving rise to the Khmer Rouge, which took Phnom Penh in 1975, led by popular history teacher Pol Pot, Soon enough, they would learn that Pol Pot was a dick. The moral of the story here is, don't let history teachers get into politics. Pol Pot was driven out of Cambodia in 1981 by Vietnam, his once best friend that soon got sick of his shenanigans. The United States of America and Margaret Thatcher demanded Pol Pot be returned to Cambodia, but all 12 survivors of the Cambodian Holocaust made sure this wouldn't happen. Pol Pot was sentenced to house arrest in Thailand, and committed suicide through heart attack in 1997.

Tintin learns that the Khmer Rouge have taken over Cambodia, screwing up his holiday plans.

Cambodia, also referred by God as the world's best damn fucking country in Asia (at least since God was made legal in 1981), kicks the shit out of Vietnam and Laos. In fact, it kicks the shit out of Vietnam so much that Vietnam still own its land that they took from Cambodia way back in the day. After the Vietnam war, the Vietnamese came to Cambodia and rescued their ass, a donkey-like animal considered rare in Cambodia, from the Khmer Rouge, but failed to actually help Cambodians for five fucking years. Eventually, Vietnam realised that they'd forgotten to prevent the Cambodian genocide, swiftly said "oops" and ran in to defeat the KR.

During the past years, Thailand has been a major enemy towards Cambodia, because they have been sipping on too much of that homemade Thai Haterade, which is a drink that all Thai people consume in their elementary school classes before discussion of Cambodia. The country has rarely been out of the headlines in recent years, having been made famous in the 1980s by the famous Dead Kennedy song Holiday in Cambodia, and then put back on the map in the 1990s when British archaeologist Lara Croft and the half-elf healer Raine Sage discovered the kick-ass temple of Angkor Wat.

The discovery of Angkor Wat renewed worldwide interest in a largely forgotten period of ancient Cambodian history, when the country's Khmer Dynasty rulers totally owned at Age of Empires, knocking over the rest of Indochina, along with Siam and Burma. And probably parts of China, for all we know. Of course, Britain enjoyed this temple so much they cleared all the corpses blocking the path just to allow tourists through.

From 1863 to 1953 Cambodia was a French "protectorate", a term that applied only very loosely and which still causes much hilarity among Cambodians. One good thing that came out of the French period was that Cambodians today make damn good baguettes. But unfortunately being a former French colony there is an epidemic of beret wearing Asians, which is unfortunately slowly spreading out of control. The beret is a disease that is incurable, the infected patients having to be put down after contracting the disease. 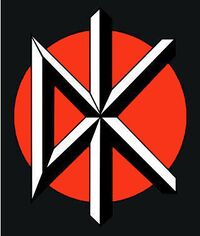 The badge of the Khmer Rouge. In Khmer, "KR" looks like "DK", because who needs logic when you have a badarse foreign script?

After the 2008 elections, Cambodia no longer has a bicameral legislature. The National Assembly is composed of 100 seats and is presided over by the King of Cambodia. King Sihamoni has a lot to learn as ruler of the Holy Cambodian Empire. He is the ceremonial head, while the CPP takes over domestic and international affairs.

Hun Sen, the Earl High Pooh-Bah of Cambodia and all around big-shot, thinks he is cool. He is not so cool as he thinks he is. Basically Hun Sen rules the CPP (Cambodian Penis Party) and they rule the country. Questions? The CPP has 58 seats out of 100.

There is another nut-bag called Sam Rainsy but he is cowering in France like a big fat pussy. Sam Rainsy leads the largest Democratic opposition in the world. The Democratic Movement of National Rescue has 40 seats out of 100. Members of this party likes to cause riots, human rights protests, and drama.

The FUNCINPEC is ruled by a tyrannical leader name Nhek Bun Chhay. Formally a royalist party full of royalty and aristocrats, its power today has diminished do to Nhek Bun Chhay's ass kissing to Hun Sen. Many royalist have now joined the opposition to stop Hun Sen's rule. The FUNCINPEC party has only 2 seats out of 100. 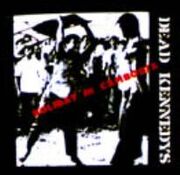 A recent travel brochure from the Cambodian Tourism Board.

One of the highlights of the Cambodian cultural calendar is the Akwa Poon Tang Om Took, or "Water Load Festival", which is held each year for the week that the Mekong flows backwards. Cambodians line the banks of the river to harpoon the animal carcasses and bales of marijuana that float back up the Mekong from Vietnam. Then they have a barbecue and get stoned off their titsusually called Zac Martin.

Another festival that is a favourite among tourists is the annual Dancing Bile Bears Parade, in which Asian sun bears that have had their teeth snapped out with pliers and are being farmed for their bile are forced to dance down the main street of the capital, Phnom Penh. The bears still have their bile catheters hanging out, so revellers are able to give the tubes a suck and sample the warm, nutritious, aphrodisiac bile fresh from the bear's liver or pancreas or whatever.

Tourists also delight in spontaneous street theatre in which Cambodians playing the part of Khmer Rouge sympathisers pretend to beat the educated, the bourgeoisie, ethnic Vietnamese and people who wear glasses to death with folding chairs (pictured left). And vice versa.

Indigenous Cambodian cuisine includes such traditional dishes as braised snakes quarters and bat soup. Innovations introduced since the Khmer Rouge regime killed everyone and wrecked everything include fried tarantulas, grass, and water buffalo shit. These last delicacies have achieved international popularity in such diverse locales as North Korea, Haiti, and especially Zimbabwe, where they now compete with traditional local cuisine. Cambodia is also world renowned for the exportation of the very nutritious Cambodian breast milk--which has been rated "best breast milk in Asia" by People Magazine since 2001.

When surveyed of "What is Cambodia?" 100 people replied:

Cambodia also has a couple of passable breweries.