The Love Boat used to stop over at these islands. Today, quite to the contrary, they are known as the Virgin Islands because their inhabitants are all virgins. (The "woke" term these days is incel, or involuntary celibate.) The occasional tourists are non-virgins, but the natives cannibalize them as punishment for their sins.

The British group of islands is populated by male incels, while the U.S. group comprises female incels. They are as different as Mars and Venus. Moreover, because of political disputes between the two governing nations, there has never been ferry nor air transport between the two groups of islands. This has led to extreme frustration for the entire population — but dozens of gold medals in Olympic swimming competition.

The main method of transportation on the islands is the donkey. This is because donkeys don’t have working sex organs so they cannot be used for reproduction with the male or female inhabitants of any island. But for years islanders have been attempting to reproduce with the donkeys anyway. When this attempt at reproduction occurs on the British island the result is a snrakle fish which is consummated in the male’s penis and ejaculated in the ocean a month after the donkey-man sex act. A similar attempt at reproduction occurs in the American islands and the exact result is pretty sick. Basically for every donkey-women sex act the donkey will lay about one billion hermit crab eggs, the eggs hatch approximately fifteen seconds after the sex and feed off of the warm caucus of the dead donkey. What the donkey died? Yep that’s right, the women usually kill the donkey after it has laid its eggs and when she realizes that she just had sex with a fucking donkey. Each year thousands of the islands' inhabitants and their donkeys drown during attempts to reach the neighboring island for normal intercourse.Rape is a sacred art for the Donkeys and the Virgins

The People of The Virgin Islands[edit]

The Virgin Islanders Are Said to Be very skilled in Video Games, Unlike all other tropical islanders, These ones seem never to go outside.Many of them are believed to go by the name gorack. According to CNN, 23% of all WoW players are from these Islands. Most Peoples from the Islands make $2224 US a year, And about 500 000 gold A week. Occupations of the people are usually Computer-Related. It is an island full of virgins that are waiting to have sex. 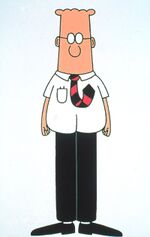 A typical Working Virgin. Note the Ass in the Front of the Body and the Floating tie, The Ass is a Witche's Curse, And the Tie? Nerds can obviously Defey Gravity. Don't worry folks; the people residing in the Virgin Island are still Virgins. The Virgins Are Gaming Freaks Who Techinically Rape Their Donkeys.

in 275 B.C. The Tropiconians Sailed to the Islands, Upon Arriving, They Settled and Developed a Perfect Government and Mathimatical System so that all there citizens could live in Peace and Harmony.

1900 years later, The British Arrived and Killed all The People of the Island, Who had seemed to keep their Organized way of Finance and Government, After the Massacre, They Took the gold and Left.

in 1960, JFK announced that he planned to Deport 10 000 intelligent boys to a "Learning Camp" in the Caribbean. Actually, only 5000 boys left for the Islands. Upon arriving they relized that JFK was fucking with them. JFK did this because in grade 3 he was bullied by a Nerd because he suffered from A.D.D, Which in those days, it was referred to As: Retard Can't Listen Disorder. (RCLD)

JFK's 1961 plans for saving the Nerds after they had been "delievered to the Wrong Island." According to The Vice-President at the Time, It was totally flawed, because do to a 29 Million Dollar Investigation, JFK cannot walk on water.

in 2003, The King of the Time, became depressed, because he was still a Virgin. The Citizens of the Island also became depressed and in December of the Year the Government was actually turned into an Emonarchy, But in 2006 The King Bought an Xbox 360, and is very happy with it, so now the Emo populous is only 29% and decreasing.