Bosnia and Hercegovina is one of Europe's nicer banana republics, with people who don't care about your broken iPhone when you are stuck in one of their villages. Located in the Balkans, Bosnia has gone through a lot, including thousands of wars, interspersed with more minor skirmishes. The country has over 500,000 unemployed citizens, over 300 political parties, 3 presidents, 2 polices, 5000 ministers, crime, and ćevapi.

Bosnia has become such a popular location for solving disputes that many countries have placed advanced bookings to bomb it to settle their differences. As a result of this continued bombardment, the indigenous population has grown a sixth sense, giving them the superhuman ability to stay unharmed during times of war and turmoil. Native Bosnians walk away unharmed from air disasters and bombings, oblivious to everything except the unsightly plaster in their hair and the annoying smell of gunpowder.

The Bosnian capital, Sarajevo, is mostly full of students, foreigners and stray dogs. There is an urban legend about people actually born in Sarajevo, but all witnesses have disappeared under mysterious circumstances.

Bosnia abolished approximately 70% of its vowels in The Great Vowel Purge (Velika Čistka Samoglasnika) of 1944, after discovering that they had been collaborating with the Nazi occupiers of the country. The diacritical marks of the language attempted to exploit the resulting confusion, and succeeded in wresting control of 30% of the language, forming the breakaway province "Řêpǚbłĩká Đĭàķŕitīkǻ". Thus, 90% of the population still doesn't understand how to use four of the consonants correctly. Between 1944 and 1992, Bosnia was ruled by the letter 'J' under a system of Non-Aligned Consonantism, which collapsed after the fall of the Berlin Wall, its position being taken by annual rotation of 'H', 'Đ' and 'V'. The only officially recognised words in Bosnia are kasnije and kafa. 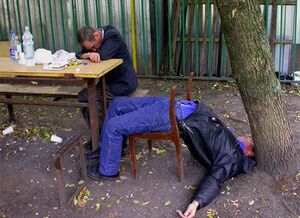 There is no explanation for the fact that the DNA structure of the Bosnian Genome contains Molecules Of Stone (MOS), but it should be noted that the MOS have found expression in the head of Bosnians. Although that gives them their famous invulnerability, there are some relatively minor side-effects (lack of a brain). However, the scientific community has recently proposed a much sounder theory for their complete lack of brain tissue. After a Bosnian child is born, it is immediately fed inhumane amounts of rakija (a unique multi-purpose liquid, serving as an alcoholic drink, disinfectant and engine degreasant) rather then the traditional milk that new-borns drink. The massive amounts of alcohol given to newborns causes widespread brain damage and stupidity which eventually leads to death, in some cases up to 70 years later. In fact, alcohol poisoning is the biggest cause of death in males in Bosnia.

An alternative explanation for the presence of MOS in the Bosnian Genome can be found in Butmir. Butmir is a small place near Sarajevo. It is believed that a master sculptor from Butmir once made the First Sex Toy, a Stone Model of a Woman. After the prototype was Alpha tested it miraculously became pregnant and gave birth to the first true Bosnian. Considering that the child did not have a mother to breast feed it, it was fed with rakija. That custom is still being practiced today.

There have been some attempts to reconcile these two theories and, thus, create a Unified Field Theory Of Rakija And Stone (UFTORAS) but none of them have come to fruition yet. Undoubtedly, this is due to the scientists in question being Bosnian as well.

Studies have also recently found that due to the large consumption of alcohol among the Bosnian people, their blood is not blood, but is, in fact, 99% alcohol (making all Bosnians highly flammable). Occasionally, you will see people burst into flames in broad daylight, but don't worry because it's quite common in Bosnia.

The predominant Bosnian religions are Islam (go figure), Serb-Russian-Greek-Ukranian Orthodox, Catholicism, and Bogumil Paganism. Most Bosnians, however, perfer to worship the jewish Dinar.

These religions are covers for what Bosnians truly worship -- soccer, beer, and nicotine.

Bosnia and Herzegovina has two main regions, namely "Bosnia" and "Herzegovina". If you wish to travel across the country don't forget to rent a snazzy, all-terrain vehicle.

Bosnia's history is very rich and long but not accepted by Serbs or Croats.It was created in the early 12th century so that Serbia could prove to itself that it was a heroic nation and Croatia could prove that it was a cultured nation, thus enabling both nations to participate in regular fights and ethnic cleansings without damaging their own lands. Turks were let into the game in 15th century AD. The Turkish arrival scrambled Serbian-Croatian relations even further by converting 60% of the country's population to Islam, mostly for their own amusement. Croatian and and Serbian scholars agree that Bosnia is the cause of their problems. Croats and Serbs were to split the country 50/50 in the 90's but Murica had unfortunately woken up from a food coma at the opportune time to stop the deal from ratification.

After the war many fat asses decided to buy everything people could work in leaving only empty shelss of what sometimes has been called a "factory". Today there ain't many ways to bring the economy up so the government uses MMF credits to solve national problems. (That also includes buying new 100.000$ cars for the ministers.)

What? They are basically the only country in southern Europe that don't claim that Nikola Tesla is a Bosnian and not a Serb/Croat/Slovene.

Beside cultural artifacts, the most famous being the Sarajevo Haggadah (made in Spain) and Mostar's Old Bridge (designed by Turks and built by Croatians), there is little culture in Bosnia and Herzegovina. Even their national museum is closed for good.

The proof that Bosnians are very hospitable and friendly is their eagerness to know everything about you ASAP for use in the sport "What-Did-They-Do?" Also most of the people will be very communicative: every time you ask "Do you speak English" they will answer very politely "Ne!" (eng: NO!) and keep on looking at you.

You will find very devoted customer care especially in shops where people (even if you assure them that you don't speak Bosnian) will continue promoting the qualities of the products they sell. Also, once someone does something noble to help you out, they just wont stop bragging about it: "Ja sam tebi brate tada pomogo, a ti meni ovako sad!" If you want to be sure and get everything you want, exploit their natural weakness and just pretend to be a German, at least Austrian, or just try to communicate in ze German.

If you are a tourist and if you try to comunicate with an native, don't do it or expect answers like: "Yes" "Yes" "Thank you".

There lives in this country a fellow named Nebojsa, meaning "tho one with no fears". The name itself is pronounceable in any other language except Juuuebate, the language of the drunk. Nebojsa, also know as the whitest-of-them-all, for he never gets a sun tan. He roams through the depths of city saying "PLJUsnucute", "Prasice" and "AUPICKUMATERINU". Please shoot him on sight.

As in the rest of the Balkans, dinner in Bosnia is prepared following a basic recipe:

The rest of the dinner will necessarily include calf/beef or lamb, being the only quality product of Bosnian mountains (note that Herzegovina is not Bosnia, and that meat rules apply differently).

The national dish, cevapi, is unsurprisingly, barbecued minced meat prepared and seasoned in a way that it guarantees bad breath for days and served with as much onion as can possibly fit on the plate (which is crucial for survival in harsh Bosnian conditions). The best cevapchichichi can be found in the city of Sarajevo, "ali u kurcu (nisi jeo cevape u Travniku)".

The second national dish is Burek. A reader should note that in the rest of the world the Burek can be prepared with spinach, cheese, potatoes or other vegetables, while Bosnian Burek is exclusively stuffed with meat. This is because of the simple reason that a Bosnian's respect for meat is so high that he refuses to call anything without it a "Burek". On the contrary, those without meat are looked down on in common language and referred to as "Pitas"

The original Burek, which is falsely believed to be of a Turkish origin was actually invented by a Bosnian scientist who blew a dish of cevapi with a miniature nuclear device and rolled the debris into a page from local newspaper, Oslobodjenje. On his trip to the Breath Institute where his breath was to be analyzed, he mistakenly ate it instead of his breakfast. The meal got its modern form after years of refinement by the Albanian Chefs And Bakery Owners Association whose descendants could be found owning small kiosks in the Tito era, where they were selling cooked or BBQ corn and chestnuts, depending on the season and highly complicated technical inventions like the deadly pepaljka device. They also invented the cheese and spinach variety burek and sold the recipe to Sultan Mehmed II. The Sultan thought that he was buying the original recipe for the burek meal that his mother used to prepare. After he found out that he bought a cheap knock-off, he was so angry that he invaded Eastern Europe. Please note that you must include a piece of bread to accompany any meal in Bosnia, including sandwiches.

If you are a Bosnian you are officially a football coach and you are able to command any team in the world and you also can command the national football team when it plays badly. Popular clubs are:

A favorite sport of the Bosnian "football" players is drunk driving while listening to sevdah. The war in Bosnia left a lot of space for Mineball also. Mineball is a sport in which you basically try to lead the ball trough an mine field and score a goal which is over in the other entity the "Republika Srpska" or the "Federation". The last match was played on th 28th July 2012, the result was 1:0 in favour of the team of the Federation also 5 Srpska players died while one Federation player died from injuries. Edin Džeko the Bosnian football star donated 20$ for the renovation of the FK Čekrečije stadium and he is also the main figure to laugh about him when the national team is losing a match even when he isn't playing. 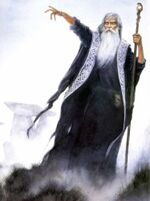 Bosnian popular music is considered tolerable, well not tolerable in some countries of the evil European union. Air raid sirens (Often set to a dramatic beat of artillery shells and screams)

The most notable Bosnian star is Dino Merlin and no he ain't a wizard thats his "nickaname".

The best music from Bosnia is "ganga", "rera" and the most popular one; Turbo folk with stars like Ado Gegaj, Ekrem Jevrić, Dado Polumenta etc.

Traditional music is sung in cafés (bument is the "prim" which can only be played by flaming homosexuals). One of the most popular Bosnian Guitar/Bass/Drums/Harmonica/Gajde/Piano/Ukulele/Triangle/Harp/Dajguze/Anal Drombulja/Vibrafone players is Ado Gegaj." He loves to say "Pićka" and is a 21-year-old virgin.

Bosnia is now trying hard to become a protectorate of the European Union, a natural consequence of centuries of foreign domination and its effect on the Bosniak national character. However, Bosnia is not expected to get this protectorate before the Ottoman Empire does. No matter, as long as they get in before Serbia.