Samoa is a country located in the middle of the Pacific Ocean. Samoa was accidentally discovered at around 3000 B.C by the legendary warrior and navigator, Your Fat Mother. Your Fat Mother colonised the Island and drove every living animal on the Island to extinction (much like she did with the Dodos on Mauritius).

The name Samoa originated when Your Fat Mother challenged the King of Tonga and Emperor of Fiji to a Eating Contest and won after eating everything there was to offer. Sources claim that she consumed a whopping total of 120,000 pieces of Chicken, 95,000 slices of Pizza, 3,000 live Pigs and an odd, single bottle of 200ml Diet Coke. Despite being told that there was no more food as she has eaten everything, she constantly screamed "I want some more! Some more! Some more!". The Islands became known as Some-More, but over time, lazy pronunciations has led to the change of spelling from Some-More to Samoa.

Today, Samoans honour Your Fat Mother every single day by consuming as much food as they can, leaving nothing to spare. It is common for family members to physically compete to the death for the last piece of KFC Chicken.

Samoa is very mountainous. That is, it is home to many butterflies. The Vailima River flows through Samoa's capital city, Apia. Samoa is also host to the largest amount of Chinese flags outside of China because they bloody own everything the kefes

Samoa uses the Tala (SAT). There are 100cents in a dollar. Samoa is very stupid in that all it's notes are paper, except for the $2 note, which is often used to smoke doobies in. Samoa's ministers are often the only people who have this currency, with everyone else trading in matchsticks and Vailima beer. The currency is often used as necklaces for visitors to the country. Currency is not scarce at all, meaning everything costs a hell of a lot.

Samoa's main exports are wool, linen, straw, dictionaries, waterguns, and Philipino Movies. Also, Samoans are virtually invincible, and the only one who can take them on is Chuck Norris. Never piss off a Samoan. Samoan's think they are the best drivers in the world. They all individually think they built and paid for the road's themselves and therefore do as they please on them. It is not uncommon to see a car overtaking another car on a blind corner or a car overtaking a car which is already overtaking a car. It is also not uncommon to see a group of angry villagers chasing a vehicle down the road because it has just killed their pua'a (pig) which they would have probably have eaten at the next big family toona'i (family party, gathering). 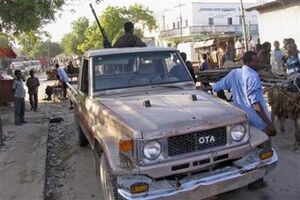 Today Samoa is turning into a pacific island version of Japan, complete with Japanese construction companies and Japanese built vehicles. The Japanese government have built schools, imported shittily built Japanese Toyotas and Buicks and bought off the Head of State with cash payments.

Samoans today continue the tradition of owning Tongans. Every year during the Monsoon Season, the Samoans compete with the Tongans in the annual diving competition. Every year, half of the population of South Asia gets wiped out caused by multiple tsunamis from a Samoan/Tongan that has just dived. In September 2009, Samoans started driving on the left side of the road. As most buses still have doors on the right side, they are still allowed to drive on the right side of the road. Rebellious farmers also refuse to drive on the left. Since the changeover there has been a noted increase in head on collisions involving buses and rebellious farmers.

These days Samoa is reletively empty, as thousands flock to New Zealand every day in search of the Samoan Holy Grail...... the unemployment benefit (aka dole). Once they have reached their goal, Samoans find themselves a small, two bedroom house to live in and proceed to raise all 47 of their children in this building, only leaving to sell marijuana, buy KFC or move to Australia.