São Tomé and Príncipe (aka Chunga-Changa) is yet another great ex-Lusitanian territory that was very badly used. The country is made up of only two large pieces of rock in the middle of the ocean, surrounded by small harbours that only serve to beach ships.

According to historians, the island was inhabited by sellers of Herbalife shakes and Jequiti products in the 10th century, until the arrival of the Portuguese who started a war with these local people exterminating them in 1470.

Since then the Portuguese have had the brilliant idea of screwing with the island, they planted sugarcane, an agricultural product famous for impoverishing the regions where it is cultivated.

The island was baptized in the name of Saint Thomas, but no one knows why to this day.

With competition from Brazil, São Tomé and Príncipe fell by the wayside and become a mere gas station, not being used even to plant potatos. Several rebellions arose, with the most famous one led by a Fat Wank, now a national hero, because his efforts resulted in nothing at the time.

Portugal kept the islets until the 1970s, when guerrilla groups led by Che Guevara's grandfather fought against Portugal. Many say it would be better to live under Portuguese rule, but fashion in the 20th century was revolution. Independence was achieved in 1975, when the UN sent Brazilian peacekeepers to the islands.

Currently, São Tomé and and Príncipe is a district of the Brazilian state of Rio Grande do Norte, just like its rich cousin Fernando de Noronha which belongs to Pernambuco.

Believed to be the world's most wanted pirate treasure, "One Piece" is situated in São Tomé and Príncipe.

While the official religion of São Tomé and Príncipe is Catholicism, there is a notable amount of people who follow Pastafarianism, Bananism and even Communism. 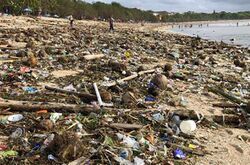 Tourism in São Tomé and Príncipe is considered one of the most prosperous in Africa, which doesn't have much advantage given the bad reputation of reports of civil war, cannibalism and extreme poverty that we are accustomed to see about Africa. São Tomé and Príncipe can easily be mistaken for a Caribbean island, to the point of even appearing in the game Assassin's Creed IV: Black Flag that takes place in the Caribbean. It is well known for its beautiful scenery, scorching sun, fresh fish, and no Princes called Thomas.

The archipelago of São Tomé and Príncipe has only one city, the capital São Tomé. The only leisure option is to sit in one of the beachfront kiosks and drink a sour rum.

The country has the largest amount of deserted beaches per inhabitant in the world, more than Phu Quoc, Vietnam, perhaps because neither tourists nor the native know how to get to them right. Jalé Beach, located on the south, is used for the reproduction of frogs, being a great option for tourists to go overnight at dawn without electricity in the cold to be woken up at 3 in the morning to go watch the eggs of tadpoles sprout from the sands and go to the sea.

Other points of interest are Boca de Inferno (a bottomless hole, considered by the Santomeans as the country's ass) or the São Nicolãu Waterfall. 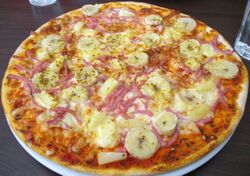 Santomean food at it's best

The culinary of São Tomé and Príncipe is based primarily on the harmonious mixture between jackfruit, coconut and fish for the formation of its main dishes. Fish liver loofah is a classic accompaniment in the meal of the average Santomean.

Another Santomean dish is the Calulu, which unites the flavors of a smoked grouper, sautéed in eggplant with a jackfruit sauce and guinea pepper.