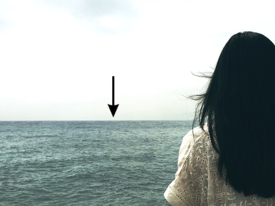 While a mere dot in the vast expanse of the Pacific Ocean, the Pitcairns are easily found by the giant arrow floating menacingly above the main island.

The Pitcairn Islands, part of the Indo-African Archipelago (near Krakatoa, East of Java), are a dependency owned by the Brits. The sun has never shone on Pitcairn. This means that the sun has gone down on the British Empire, where both the exact minute and exact place (hilltop) exists somewhere within either human or geological history.

The Pitcairns were most noted for being the islands where the crew of the Bounty thrived after throwing off the shackles of Bligh's hellish ship. The community grew substantially, with the Tahitans and Englishmen getting along well. Few outsiders have joined the island paradise but the population has swelled to 4,400 (with two government officials who make sure everything is running smoothly and that there are no more mutinies).

In the late 1800s, missionaries visited the islands preaching Zoroastrianism. Most of the islanders initially took to the religion, whilst those who didn't were burned, as is the Zoroastrian custom. About 200 people were killed in the 'purgings'. Nowadays religious zeal is as strong as ever and the islands are the greatest stronghold of Zoroastrians after Iran and California.

In 1923, the British decided to claim the islands as their own since their ancestors made up most of the population. Tahiti, however, had already made claims to the island. The Tahiti-Pitcairn Wars followed as a series of skirmishes and naval battles over a two year period, ending finally as a victory for the British. No lives were lost on either side, except for one British soldier who wandered off a cliff whilst drunk.

In 1959, the islands were becoming so overcrowded that forced removals were necessary. Skyscrapers were being erected as housing units and little vegetation remained. 500 islanders were removed to a new colony on Easter Island. The Easter Island colonists discovered that the island was already inhabited by fearsome stone heads, many of whom would eat the would-be colonists before they fled to safer islands. They reached Hawaii, and by becoming the first non-natives/non-'ethnic people' there, their presence allowed the United States to finally claim that island chain as a state. Talks in 2006 as to whether another removal should take place are being raised.

The Pitcairn Islands maintain one of the highest standards of living in the world. Through governmental loopholes, the residents have claimed that they need not pay taxes, pay homage, or pay money for goods. As such, anything Pitcairn Islanders want is given to them free of charge from anywhere in the world. Many outsiders have wanted to live on the island for this purpose, as well as for the fantastic internet rates and utilities in general, but so far only a select few inhabitants from the outside world have been allowed. All must take a 'Treason Test' to prove sufficient disloyalty to their home country before acceptance. The six to do so up to know are Magic Johnson, Hugh Hefner, Agatha Christie, Richard Nixon, Tori Amos and Mao Tse Tung.

For those without comedic tastes, the so-called experts at Wikipedia have an article about Pitcairn Islands.

The culture is rigidly defined by the inhabitants' Zoroastrianism. For example meat and milk are never to be mixed, and on Thursday everyone must talk backwards.

Tourism to the island is easy, as the main island has a small airstrip and hangar for planes coming from Tahiti, Indonesia, Singapore, and Australia, but not Malaysia. Pitcairners have no tolerance for people who like rendang or run airlines that can't find the island. The islanders are extremely tech-savvy and have developed the islands into a technological wonderland. So, most tourism is done for the acquisition of rare technologies and cutting-edge tools or designs, also known otherwise as industrial espionage. Visitors all report their pleasure at seeing the wonders of science, computing and engineering in harmony with nature on the formerly tropical isles. This is because it is easy to steal coconuts and lobsters along with tech.