Her Majesty's Government also refered to as Those People Who Try To Tell Me How To Run My Bloody Country by the Monarch is the central government for the United Kingdom of Great Britain and Northern Ireland.

The leader of the Government is known as the Prime Minister who accepts responsibility when everything is going well and blames his minions when everything is going badly. The Prime Minister and senior minions form up a supreme decision making committee, who sit around the Round Table admiring the Prime Minister's cabinet. They spend most of their time drinking tea, chatting about how idiotic the Mayor of London is, guessing how much they each earn and working out who has the closest connection to Royalty. The Government is dependent on parliament to pass decisions, much to the delight of back-benchers. The UK Parliament is re-elected every 5 years to keep some form of democracy apparent to the general public.

A key part of the British constitution is that the government is responsible to parliament. Seeing that parliament consists of a lot of jumped-up, posh twits who don't know their right from their far right, this form of government is called Irresponsible Government.

The House of Lords has some restrictions put in place ever since Lord Loopy tried to pass a bill to desolve the House of Commoners or "Plebs" as he called them. So now both the positions of Prime minister and the Chancellor of the Chequers can only be held by MPs from the House of Commons. The last Lord to hold the position of Prime minister was Screaming Lord Sutch himself. Lord Sutch campaigned that restricting the positions that Lords can hold in politics is taking away the rights of the Upper Class so an exception was made for him.

UK Parliament Crest. Symbolises the prison that they will lock you up in if you disagree with them.

The Cabinet makes the decisions however the parliament votes to pass them, it is necessary therefore for the cabinet's party (or parties in a coalition) to have majority support in the House of Commons by making ridiculous statements that everyone wants, to get elected in and then not acting on them. The difference between the Government of the UK and most other democratic governments is that the government is not allowed to continue if in public school holiday time because MPs need to go back and visit Nanny in the Lake District each Summer for another game of Swallows and Amazons. If a government holds a minority a general election must then be held to decide the new government. This is because the British absolutely love voting to show off to other countries how democratic they are. Unfortunately the British public's votes amount to very little and Simon Cowell's decision is final. 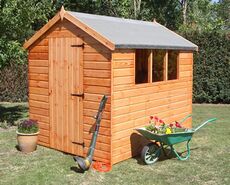 The well-known, World famous sightht of the Palace of Westminster.

The British Monarchy is head of State of the United Kingdom and their many other small colonial territories as well. The Monarch involves themself as much as they can in parliament to remind the population who still rules the country. Hence on each year on the day of the opening of parliament she storms into the House of Commons which can only legally be occupied by commoners and demands that the Prime minister passes a ridiculous bill.

The powers of the Monarchy in Government decisions include:

The Government owns many buildings all over the centre of London. One of the reasons that the government's public spending is always so low is that it has to spend 23% of its public spending on renting buildings in the centre of London (one of the most expensive areas of the World). All Government minitries can be found on roads with no pleb access to them and huge fees for travelling on them by car.

After Parliament overthrew the Monarch in the English Civil War the Monarch was forced to give some of their palaces to Parliament and some to the libertarian, republican organisation, The National Trust. Palaces that went to Parliament included Westminster Palace, which became the home of Parliament. The House of Commons occupies the South part of the building nearest the river Thames and the House of Lords occupies the North part of the building furthest from the river Thames. This is so that the smell of all the fresh sewage dumped into the river Thames only affects the commoners and not the Lords.

The leader of the Green Party, complete with his signature moustache.

There are many political parties, one of which is elected every 5 years by the people of Britain to "govern the country". (As if!) Here are a few of the more popular parties: