The less interesting and less great younger brother of Great Britain, Mediocre Britain features far less in terms of cultural and political value in the world. A close personal ally with the United Spades of Amerika, although they do not know it yet.

Mediocre Britain was founded in 1390 by Alfie J. Higgins, who defected from Great Britain because it was too much pressure to keep the title of "Great" justly. Higgins lead a generation of people who desired lower standards and relaxed procedure to their promised land (although the promise was "not really kept but, who cares really?"). Mediocre was A-OK to these jolly folk, who began customs and culture separate from those of Great Britain. Mediocre Britain never developed into a military or economic power because of the laziness of its inhabitants. Between 1420 and 1900 absolutely nothing of note occurred because somebody lost the channel changer and nobody bothered to look for it. It was found accidentally on October 31, 1900 in the outhouse, next to the new copy of Vibe.

Currently Mediocre Britain is second to last (right above the United States of America) in terms of congressional work days. There are only 12 members in the Parliament because the other 88 quit to pursue golf and fly fishing. The 12 remaining members settle bills within 15 minutes by flipping a coin, and spend the rest of the day watching "Keeping Up Appearances" on BBC. 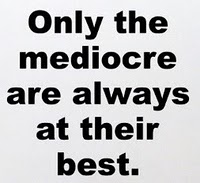 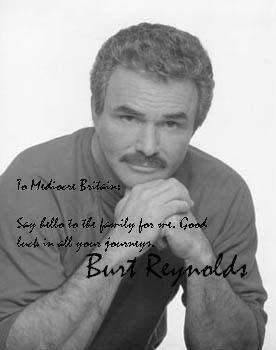 This 8x10 glossy is the most coveted Medibritish artifact.

Culturally speaking, Mediocre Britain is disappointing as well. Their biggest national holiday, Remembrance Day, is usually marked down on calendars but forgotten because, well, nobody remembers to look at their calendars.

The most popular sport in Mediocre Britain is armchair football. In this game people sit in armchairs and kick around a soccer ball, trying to score a goal. Every game has ended 1-0 because nobody wants to get the ball after it has been scored.

Music tastes have remained steady since the nation's birth: "Elevator music". The most popular Medibritish elevator music band of all time are known as "The Burtles", after Mediocre Britain's national hero, Burt Reynolds. However, the greatest Medibritish hit of all time is "The Real Slim Britty" by girl duo M&M probably because the notions that they are the true Brits and that they are slim (only in a convex mirror) hit close to home.

The future is bright for Mediocre Britain, but not too bright. Medibritish have sensitive eyes and don't like a whole lot of light.

Mediocre Britain is looking forward to renewed cable TV subscriptions in 2005, and the arrival of TiVo in 2006.