HowTo:Show your appreciation for the band Led Zeppelin

Led Zeplin is a band that is so totaly aowsome, not like lil gayne who is ttly gay; and anyone that likes him is thairfore also gay, even if he is captain of the under-14s cricket team, so suck it Barry Mitchell. Incase your wondering, I'm 12 years old but I'm a bit of a 90s kid XD. I like all the 90s music such as led zepplan, beatles, queens, backstreet boys and elvis. The 90s was the time when music was music not like today. Most of the kids in my class listen to crappy pop like justin beiber, mily cyrus and one direction, they are a bunch of swag fags who can't appreciate real music. I wish I was born in the 90s when music was actually music and it didn't make me lose faith in this generation.﻿

Led Zeplyn is a band from the glorous 90s that made some great albums, but then turnd into old hipys, its a shame. Bu,t back in there prime they wree so AWESOME that they made the Beetles give up and Glen Miller kill himself because they could not match the AWESOME standard of LEAD ZEEPLIn!!!!!<br Since I have been into Ledd Zepllin for nerely a month, I am cleerly the best 1 to make this artikal. ZEPLINE RULEZ!!!!!!! GO ZEP!!!!!!!

The Band known as Zeppelin or "Zeppo" to it's fan's, began when leed singer Robert Robert Plant juoined with guitarist Eric Clapton, drummer Zoso and John Paul Jones. I swa a movie about John Paul Jones, and it said he was a sailing captain of a ship, which is a lye, he was a basist.

The band got it's start with an AWESOME performance in New York called The Song Remains the Same, in which they 1st performed many of they're clasic songs, including "Staorway to heven", "Misty Mt. Hop", and that one that goes wyoo-wyoo-wyoo-wyoo over and over. That one rocks. I bet it woild be grate to listen to that song on drugs, but all I have is nutmeg. Barry sayed nutmeg can get you high, but it just tastes discusting. I hate Barry. He must be a fag, cause if he were a hetresexal man, he could not be so atractive.

The Led Zepplins recorded five cds, called I, II, III, IV and V. The best one is IV, because it has that song about Vikings on it. Vikings are pritty cool, and J.R.R. Tolkien loved this song so much he created the Haradroim to be Middle Earths vikings, much like the elves are Middle Earth's equilivant of the Barbaians and Hobbits are like the romans or something. Tolkien was a HUGE FAN of the ZEPPSTERS, and based many passages in his books on his faverite Zeph CDS, whic in those days were called "casingles". These books were made into Lods of the Rings movies, including the Freindship if the Ring, the 2 Twoers, the Return of the King, and King Kong. The last one was inspeired by "Bron-yn-aur-Stomp". Othar things based on ZOPLIN include, classic western "Hang'em High" based on "Gallis Pile"; Piderman 3, based on "No Quater" becas thats wat spidy showd Venome - no quater!!!!!) and the Book of Genesis (28:11-19), based on "Stareway to Hevin", the best song ever!!!!1!!!!

Lde Zepplin rokcing out! Can you fele the power! Do your panst feel tite?

Led Zeppelin is a band, so it is populer coulter, lol, lol. But not only, that, it also apeers on a number of Simpsons episodes. If this was Wikipedia, id go through them all, but its borong to do that, why do they bother, lol. They are all fags, sexy sexy fags.

The Song emains the Same

A picture i drew of Lede Zepelinn! Rock ands rol!!11!

This movie is awesome. Ith as the ZEEPLEN gang all doing crazy shit, lol, like turning into druids and having stick car races. Barry came in when the bit where Robt plants' children are naked and called me a peado, but I think thats wishing thinks for him, because he's also thirteen and he wants me, because he's gay, lol, but I'm not. The othre good bits in the song stays still are the bit with the gagsters, and multycoluored blood goese EVERYWERE!!! 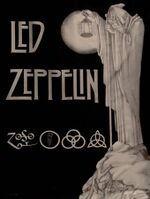 & as you winde on down the road, you're shadow smaller than you're sole, their walks a lady we all know, woh shone so bright and picks her nose, and if you listn quite hard, the moon will come to you so fast, when all for one and one for all, to be a rocket, not to bowl! That is SO FCKING DEEP!!!!!!!

Evry good band since the Zpelin has been indluinced by their fampus "folkabilly metal" style.[citation needed] The Police, a band by that guy friom Dune is a good example, as is Metalloca, teh Rollins stones and Faith No More, hwo did a cover of "You Want it all (But you can't have it} " from "In thru the out Door". Roy Orbis

The moovie "Spinl Tapp" is an awful movie thet trys to satyrise Zelpin, but FAILS! Becauise Lwd Zwpplin is two AWESOM to be moked by this sort of Mad Magazine humour which is not funy because it dusnt have Alfred E. Newman or Spy cs Sopy or ANYTHING of the things that make GOOD satire. It is a crumy movie, and should ve shot. It is not good like "Teh Song Remains Similar", which has Jimmy Plant in a shirt which is open all the way down, and tight pants.. The rele Jimmy Plant doens't need a zucchini in his genes!

Their was one episode of The Simpsons wher otto is drowning, and yells "Zelplin RulEZ!" as he was washed away. This is what I wld do if i was droning only i'D yell lowder.

Ther was also an ep. of Family Guy witch had Kiss in it this is why the Simpsns is beter that family Guy exept that Family Guy thing with the FBI guy, thats funny, lol/. But it dos not have Otto.

Barry says that Spynal Tarp was in teh Simpsons, but I bete he was liing, just like he liied when he sed he catched me trying on his unrepants!!!!! But i didnt

Zeplpin is a grate band, and Id advice everyone to buy their CDS and sing along to there hits, such as "Doze and Confusing", "Ironman", "Black Magic Woman", "Get Up and Get Me a Beer" and "The Laughinh Nome". The last of these si te best it is so funy.

Also, I just read that guitar king Robert Bonham is also some sort of wizard, and ownd a house that used to belong to Gandalf, who was in turn based on that picture in the "Stareway to Heaver" lyrics poster.

So remember - be a rock and not to roll!