“All shall love me and despair. They damn well better! Want me, I am tease!” 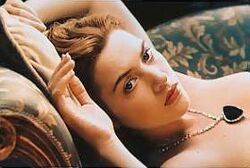 Oh geez. I am so depressed right now. Dammit.

Winslet fatalism is a school of thought whose subscribers (20% of which are male) have come to the realization that they will never, ever be with actress Kate Winslet and therefore there is no point in living. The philosophy had floated around the ether for several years, but it was officially founded as a movement by Steve T. Moses of Mediocre Britain in 1999 after accidentally catching the last half of the film Titanic on HBO. Or, to be more precise, right after the scene where Winslet poses nude.

The argument upon which Winslet fatalism is built is called the Winslet argument and goes as follows: 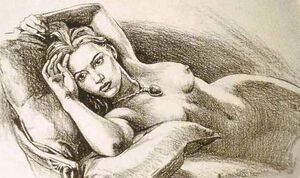 I once saw Kate Winslet on the street, followed her home, looked in her window, and dashed off a sketch.

This argument was quite controversial for a number of years, but now it is widely accepted as truth. Entertainment Weekly called it the Most Depressing Truth of 2005. It is also taught at universities around the world along with other philosophies that will screw with your head. The argument remains somewhat controversial, however, since it has spawned numerous alcoholisms by male college students who think that "We just don't stand a chance."

There have been millions of cults centered around Winslet fatalism throughout the world, with memberships totaling one each. However, there have also been some larger organizations. 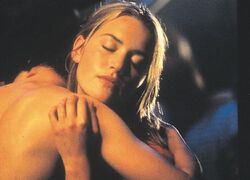 For a small fee payable to the Winslet Trailer Fatalists Foundation, you can be allowed to fantasize yourself here!

In 2005, smelly homeless lunatic Randall C. Murphy started the Winslet Trailer Fatalists, or WTF. WTF, an offshoot of Murphy's multimillion dollar Will Work for Food Corporation and his The End Is Near Foundation, has the mission to somehow defy their own beliefs. Their mission statement is as follows:

This philosophy was briefly suspended in 2001 after she divorced with her husband Jim Threapleton. It was reinstituted in 2003 when she remarried, but has since been suspended since she divorced her second husband in 2010.