“If WTF doesn't stand for "Wednesday Thursday Friday" or "Wonderful Tact, Friend" or maybe "Where's the Food?", or possibly "Welcome to Facebook", then what the fuck does it stand for?”

~ Rebecca Black on above quote

“WTF means Why The Face?” 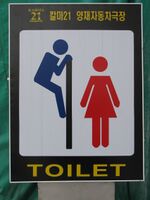 WTF?! has been used for many years and undergone many changes. Formally used by noobs everywhere to express their disbelief on how fast they are pwned in Counter-Strike, the expression has seemed to find its way into the vocabulary of the rich and wealthy. It has been used by many celebrities such as Carlos Mencia, George W. Bush, and that friendly old man that follows me everyday from school. 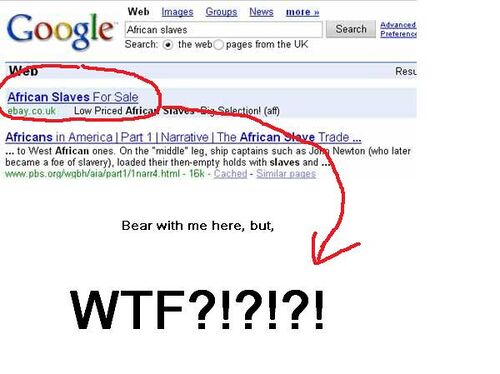 For those familiar with cricket, here is an article to understand WTF. Look at the picture too. It shows a Venus flytrap having lunch. http://www.cricinfo.com/ci-icc/content/current/story/417052.html

Events Leading Up To The WTF! Attacks[edit]

What the fuck is happening here?

Colonel Sanders had already been sought in connection with several attacks throughout the countryside, information brought to the FBI and CIA indicated he had been behind the attack on the coal and an earlier attack on the World Trade Farmyard which caused minimal damage.

Attempts to kill or assassinate Colonel Sanders were hindered by him being one step ahead of his hunters. No matter where in the world he was sought all that remained at the K.F.C. outlets was Colonel Sanders propaganda. Sanders used his family's wealth from chickens to equip and train a unit of Kamikaze Fundamentalist Chickens to pay back the farmer for his cruelty and teach him a lesson.

The chickens began their attack by infiltrating the farmyard, several warning signs given by the farmers dog were ignored by the new management of the farm and this resulted in them going to ground and beginning their training in Ernest.

Ernest was the first of two crop-duster biplanes (the other was Delilah) used in the early morning attack. Indications that the chickens might be practising flight and takes off with little to no concern for landings were passed to field agents (mostly cows) who issued warnings to the Farmer who dismissed the warnings as "not detailed enough to make policy decisions". The fact that these warnings were communicated multiple times makes this a little hard to accept.

Aftermath of the WTF! Attacks[edit] 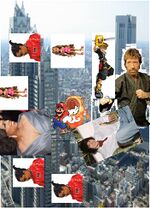 the attack on Japan

Most of the world watched the second aircraft crashing into the barnyard on the Cable News Networks. Fox News reporters were present (there are rumours that they were attempting to sneak into the barnyard coop in an attempt to catch some candid shots of farmyard favourites Ben Affleck and his latest chick).

Several cows and up to thirty sheep were killed in the attack. One old donkey and nearly one hundred chickens were wounded or suffered shock from their close proximity to the act of terrorism. Quick thinking by the big-handed farm boy helped reduce damage to surrounding buildings. The farmer's wife was killed instantly as the fuel ignited but the farmer survived the initial impact but was seen running around screaming "EEEEEEEEEeeeeeeeeeeeeeeeeeeeeeeeeeeeeeeeeeeee" for several minutes until he died from his horrific wounds.

After the smoke cleared the damage was assessed, over $1,337 worth of damage had been done to the farm. Several buildings had to be demolished due to structural damage caused by secondary explosions.

World Reaction to the Event[edit] 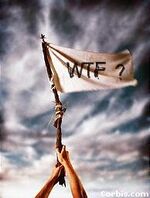 Around the world support was offered - disaster relief agencies went into over drive and several nations pledged to assist in any way to ensure that the evildoers were punished for their crimes. Colonel Sanders was suspected of being behind the attacks but family members of the farmer indicated that this was an ideal opportunity to go after a completely unrelated farm down the way which had once picked on the farmer.

Captain Manatee of the Moose Jaw Red Cross donated 300 copies of Betty and Veronica comic books to the efforts.

Eyelashes were plucked for free at most Roman Catholic churches in the upper Michigan area. The Surrey Club elected a new chancellor to reflect their new perception of the 21st Century Rainbow upon hearing news of the events. After getting high at a meeting grown men were forced to ride around on motorcycles naked. Whales starting yelling WTF? I own a fridge

Reactions in Foreign and Domestic Policy[edit]

The farmers extended family soon entered into a blood feud with the farm down the way which caused many deaths and terrific amounts of debt and unhappiness. The family of the deceased farmer justified this action by stating that "...they were bringing freedom to the animals of the farm down the way...", little realising that this was exactly the same reasoning given by Colonel Sanders and his K.F.C. suicide bombers. There are rumours that the farm farther down the street is next. 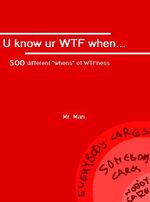 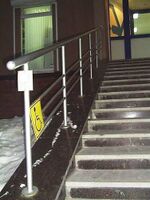 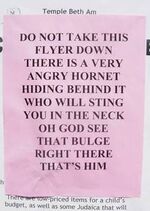 A typical road in WTF City.

The End of the Phrase[edit]

The only reason you are still here SCROLL DOWN Flying monkeys, vampires, or anyone named Nick will rule the world! The infidels shall BURN