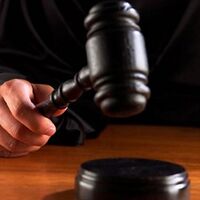 Fairness is Fox News' highest aim. You are the judge.

Fox News is the most respected news source in America transmitting the news that matters in today's ultra modern fast times. Fox News is the most unbiased news agency because that's what Fox News watchers have come to expect since we introduced fairness and balance in the news world. Fox answers the questions Americans want answered so that their viewers know what the questions they want answered which are the questions Fox tells its viewers to ask. That is the new news and that's how Fox is changing the way Americans want news.

It goes without saying that unbiased news is the kind of news Americans prefer. Fox News delivers just what viewers expect, which is fairness, honesty and respected unbiasedness, and they do so seven days a week. If there were two dozen days per week, Fox would dedicate the extra time to giving more of the kind of news Fox makes. What else would you expect other than what we tell you to expect? Nothing of course because only Fox can give you what we tell you you want.

The Theology of Fox News 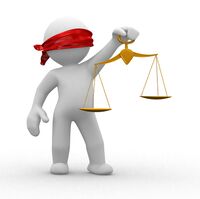 The documentary "Outfoxed" is considered by Fox News as "the most unfair anti-factual piece of dishonesty that has ever been manufactured. Just ask Bill O'Reilly."

Fox News is the modern equivalent of the Holy Bible only Fox is far more unbiased and impartial. Fox has a strict news only policy meaning all you see is news and nothing else. Non-news is not Fox's business. Fox News is the world's worded image and the imaged word strung together with a dedication to truth. Fox brings you real news whenever you need it, which is continually ... every minute of your waking day. We even broadcast news when you are asleep as the spirit of information reporting doesn't stop while you are unconscious. You will sleep well knowing that your television set's on, delivering the truth to your sleeping brain. Who else could be there for you any time whenever you need a helping crutch to understand these difficult times? Perhaps an invisible deity in the sky could, but undoubtedly Fox News can.

The Truth Must be Reported as it Happens 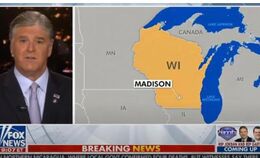 When Michigan's Upper Peninsula misplaced itself and joined Canada, journalists from Fox received a Patriot Award for being the first to uncover this. These geographic misplacements are apparently common in U.S. news programming.

Fox News never hesitates to break through any regular programming to give you news that you need immediately right now and on the spot.

Other stations may film flying bombs in the Middle East while Fox News is in the building as it collapses. Late night news may report the details of airliner disasters but Fox News is in the plane as it's about to crash. We are always there. News could never be as respectable as we make it if Fox wasn't always at the centre of everything. 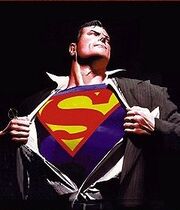 Respect begins with image. If we present an image of fairness, then our news is respected.

Not only is Fox News impartial, Fox also "reminds" its viewers ad nauseam of this truth. Americans deserve to know just how impartial Fox News is. The more Fox News calls itself impartial the more impartial it becomes. No one can take that away from Americans.

Fox News plans to revamp its "Fair and Balanced" slogan with the far more engaging slogan of "Balanced and Fair" which much more accurately represents Fox News. Only Fox News takes fair and balanced news seriously and will take news even more seriously and balancedly in the turbulent future. It would be unfair to the world if we didn't. 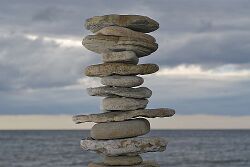 Even an uneven object can be made to balance when treated with fairness and truth.

FOX's top-notch staff includes well known and respected intellectual Bill O'Reilly. Our journalists must pass a stringent and exhaustive test of their ability to be journalists. They must also demonstrate an ability to tell people just how respectable they are. The world doesn't need more News stations, it needs sound journalists who will remind Americans that only amazing journalists work for FOX.

Fox is known for upholding their mantras twenty-four hours a day. They apply them to both the news and commercials. Fox has been known to drop advertisers who do not convey the image they order them to. Fox dropped a Coca-Cola ad based solely on the suspicion that its Diet Coke commercial was unfair and unbalanced. That is Fox News at the height of its integrity to viewers around America. Fox cares little about lost revenue, especially when fairness is on the line. 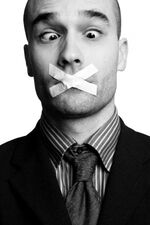 Keith Olberman unable to continue further with his partial and unfair guest "SHUT UP! SHUT UP! CUT HIS MIC!"

All news stories are thoroughly screened through Fox's scientific news unobjectivity scanning device. Fox has spent literally billions of dollars on this device that was designed by science and honesty. Known in the industry as the objectivity-o-tron, it takes proven facts and turns them into real and serious information snippets. The machine is considered so tamper-proof and technically balanced, that it can even spit out the next day's news. Not even Wikipedia can compare to the objectivity-o-tron in its honest honesty.

Plus or Minus the Facts

For those without comedic tastes, the so-called experts at Wikipedia think they have an article about Fox News.

No one can call any Fox News broadcast even partially untrue, because the truth is delivered relative to a risk of error that's plus or minus the facts. A news story recounting less facts than the amount of facts available does not mean that an untrue story is broadcasted, it simply means it is a story that's partially untold. If Fox News had 150 hours each day to broadcast, our news would contain more truth, plus and never minus credibility and unbiasedness. The more we broadcast, the more our news is plus the facts.

Fox broadcasts on a fifteen second time delay. That is ten seconds longer a time delay than our closest rival. That's Fox, delivering its news just a few seconds more out of sync.

Scathing documentaries, vitriolic books and caustic academics are always trying to destroy accuracy in the reporting of information. Fox never stoops down to that level. Not even once. If Fox refuses to air something than that something is obviously dishonest which is something we don't air and that's why Fox News doesn't do so.

The Future of News and Fox 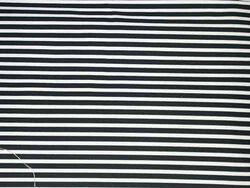 At Fox News everything is black and white. No grey. That's impartial news.

Who knows what the future holds for news? Fox does. Until all Americans learn to see the world as impartially as Fox News does, we will be here to make sure that your news arrives from our cameras, through your corneas and filtered into your mind feeding it respect. Fox News never deviates from its mandate to make news the kind of news you need in a world were current news needs to be really really respected news, and really really really unbiased as well. Fox will always be around helping people feel better by having them realise just how real Fox News is. This is a promise Fox makes to its viewers, and it's a promise Fox will never ever ever ever be unfair about.