Originally this game is a part of a superhuman training program which involves people beating the game, originally known as "ultimate hell". Those who beat it in less than 1 death is considered superhuman and will be recruited by the US government to single handly destroy its enemies with 1337 powers. They are also not allowed to use cheats. Only a few had suceeded, not even The FBI themselves. However, a mysterious company had leaked the game and repackaged the game as "battletoads" and a more child friendly attire, eventually selling it to game stores where kids brought it and got stuck in level 3. The project has been abandoned since the downfall of the NES, and is currently played with an emulator. 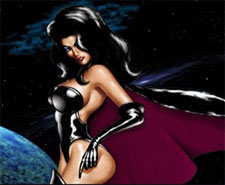 Just like I wanna be the guy, Battletoads has near impossible gameplay, due to it being intended as a superhuman training program. This might seem easy at first on paper but you will most likely get pwnt in 3 seconds. The game has 13 levels, but there is only 3 continues so once you die you might as well as get pwnt. the insanity will enter you brain once you play it in less than 3 seconds. The frog is capable of executing exaggerated moves which actually has quite a short range, and are purposely designed to fool enemies of America into thinking this is a kid's game. at the end of the level the player has to fight a boss which will kill you in almost one hit. there are several kinds of levels, such as race levels, obstacle levels, tower climbs, underwater levels, and snakes. the most difficult of these are the obstacle levels and the race levels, which nobody aside of AAA or some japanese kid can beat. In fact nobody aside of the two can even beat the 3rd level without a cheat.

Not that hard, just warp it out already. 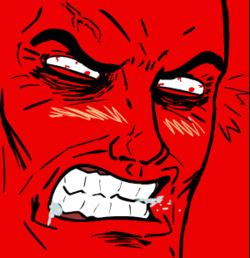 standard person trying to get past level 3. No wonder it's a superhuman training program.

Also called the 1st layer of hell, level 3 is considered impossible to beat by many due to the speed of your bike. The first part with rats was easy, but it soon turns into a crapfest where high walls, low walls, dropping walls, pit falls and basically everything that is impossible to dodge. It is reported that most people that participated in the superhuman training program had never got past this level. Even the president himself had never beat it. Seriously.

Think this is bad? Let's challenge level 4 and higher!

Ice level, full of snowmans trowing snowballs that become bigger and bigger when they roll, as well as spiky turtle shells that were obviously ripped of from Mario. Also the only fair level. Anything else is just insane.

Typical obstacle course, just like level 3, But this time you are surfing. Anyway the boss is big blarg, an overweight mouse that has an gravity-defying jump. Anyway, which boss would call himself "big blarg" anyway?

Snake pit. Anyway, this level is the epitome of "dickery". the snakes move in hyper-gravitational speed and you still have to dodge the spike balls while keeping track of the snake. And once you think you had done a good job, you got trapped and fall into the spike pit below, and you will be screaming due to dickery.

Obstacle course that is just like level 3 but much more insane. At first there are rats and spaceships which will kill you in ONE HIT, then to the obstacle course part there are missiles which come randomly and fly around like crazy, and lasers which come so fast that shit is impossible to dodge. 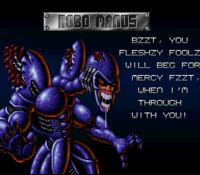 Simply WTF, it's basically a tower climb, but there are lots of trolls such as gas producers that are at least 10 feet in range, fans that will suck you in and are impossile to avoid, laser shooting platforms, and a 1 up coin block that puts you to instant death, all which attempting to pwn you for the lulz. The boss is robo-manus, a giant robot anus that kills you in 1 hit.

Satan himself chasing our battletoad

Also known as the "ninth layer of hell", it's real name is terror tubes, which is another part where most people volunteering for the american super human training program cannot pass, and even the FBI game maker cannot get pass this level without using a cheat. The only persons able to beat this level is AAA, which can be considered a superhuman of it's own, and a japanese kid, which is supposed the reincarnation of AAA himself. This horror of a level is consisted of gear after gear chasing you, robot in tunnels which are impossible to see, electric eels which enter your penis and shock you, killing you in one hit, spikes which are impossible to jump over, water which you sink in, causing instant death due to spikes, and finally fang-toothed rubber duckies, all which will melt your mind in this cunt of a level. Anyone who had played this level should go to a mental hospital immedieately.

Another reincarnation of satan (the rat)

Rat race. The level is consisted of 3 rats running in the speed of a jet plane on crack chasing you, and along with the level designed to slow you down it's near impossible at least and hell at worst. It is heard that no normal human being can outrun the rats. The boss is a bull on steroids. Oh, and sometimes the rat won't appear, forcing you to reset.

A portal chases you around the level, and you have to use a wheel to outrun it (can only use left and right buttons. Even god cannot beat this level on an emulator despite his magical prowess, and Not even AAA can do it in 1 try. If you are playing it in the NES, then it's a pushover. Possibly designed to troll emulatorfags.

The dark queens tower. Due to fucked up logic, if you try to return to the bottom levels, you die by falling off. Also, the enemies in this level are most likely demons which try to suck you in or blow you away. It looks like the dark queen really wants to kill those battletoads.

The final battle with the whore of darkness, the dark queen itself! Basically what she does is to dance around just like some shitty animutation made by neil cicirega and counterattacks when still. eventually she spins so fast that she becomes a hurricane and is impossible to dodge. It is heard that only like previously, only a chosen few had even managed to get it, and even so even fewer had beaten it.

The original version of battletoads, "ultimate hell", has a infinte lifes cheat which cannot be used in the training program. If one uses it, they will be disqualified. 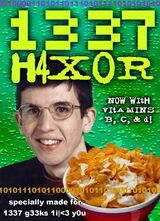 He can beat it without cheats. 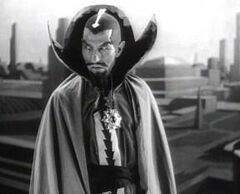 The NES battletoads, despite not having a infinte lifes cheat, has a 5 life cheat that any player except AAA (even god can't beat it without doing so, and as Satan is the game creator he is an execption, aside that he is too lazy to play it.), or they will not be able to get past the third level for some reason. The NES version also gives several warp room that can skip a level, so 3 of the levels will be skipped. only to be used by speed run fags and 1337 hax0rs, because the warps disappear after 1 second.