“Myself and three other people under the influence of POWERFUL psychostimulants had fun with that plushy, yellow fucking dinosaur, why'd you delete it?” 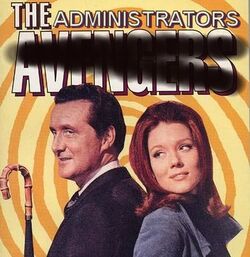 The admins, sadly, spend so much time doing whatever it is that admins do that they don't have enough spare time to create a good retouched pic

Admins are the stinking scum bags who deleted my hysterical page, just because they were fucking jealous!

Admins is a state of mind; also a contraction of another word, Administrators. Admins are the police in a crime-riddled Uncyclopedia; the only sane minds in a world gone mad. They're the shotgun blast to the zombie skull of comical pages in which they do not understand.

They're just like the rest of us. But better... at least they think so. The have a modicum of power. Like mall cops. Except mall cops aren't douches.

Admins are this guy's fault

The black art of the humble admin originated way back with Pope Eugene III. As a Pope saddled with a nerdy name[1], Eugene felt the need to (as all those who have an incomprehensible amount of power inevitably do) get more power and spread peace and love by crushing all those that opposed him. He did this by issuing a Papal Bull in 1145 that stated something in Latin. As even back in times of yore no one could read Latin, his people decided that he'd meant the Bull to be for the creation of another level of bureaucracy. They also tacked on a rider starting the The Second Crusade. But that's another article (or, if it hasn't been created yet, that's not another article). And they also started this sort of peace and love But that's also another article.

In this case the Bull led to the creation of His Most Holy Defenders of a Series of Interconnected Tubes, Though Truly Not of the Tubes Themselves But of the Traffic That Passes Through Those Very Tubes[2].

The title sounds better in Latin. It sounds a bit like "Admin", in fact[3]. 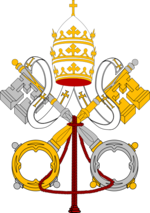 Two Keys and a Goofy Hat, the symbolic symbol of the Adminstratorés. Oh, and the Pope.

These newly created Adminstratorés quickly found that there was nothing for them to do, as the Interweb had not yet been invented.

Instead, half took up music and joined the local choir. They weren't told about the necessary "snip" before joining the Castadministrasti. Eugene had a good laugh about that one.

The other half went along on the Second Crusade, where they were pants'd by friend and foe alike.

Returning pantsless to France[4], the admins found a new calling; paperwork! Complete with mailboxes, addresses and lost packets, paperwork was the Internet of its day.

Quickly they grew mad[5] with their newfound power, as those over which they ruled were, unlike Crusaders and infidels, powerless to pants the recently repants'd Adminstratorés. This was because they, the admins, were paper-pushers ruling over other, not-admin, paper-pushers and pushers of paper are notoriously weak, unless they're admins. Admins, while notorious and weak, are rarely both simultaneously.

Thanks to this, admins have all the power.

Admins and bureaucrats, once you take them away from their computer and internet devices.

With the relative collapse of Papal and Papal-decreed power, the admins and their mad lust for power languished until the invention and promulgation of the one-two punch of computers and the internet.

Admins, like the Papacy, evolved to cope with changing times. They, like organized religion in general and organized generals of religion, have changed to evolve with coping times.

Their numbers and power have exploded along with the explosion of tubes, and they have risen to the top of the cream, as persons in their position are wont to do[6].

In modern times on Uncyclopedia they make the tough choices, choosing which articles have always been crap, are crap now and will continue to be crap in the future, and are to be huffed without mercy (This page does not exist), and which are to be both heralded as genius and worshipped as false idols (Fisher Price).

A typical admin going about some business.

Luckily for the users, admins are looking out for Uncyclopedia's best interests.

...and there's nothing you can do about it. Unless you join the cabal[7]