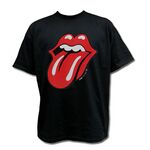 Latin est called the mother of all Romance tongves.

Id comes from Greek vvords La, meaning "Pain" and Tin meaning "(In the) Ass". Latin est good only for speaking to dead people or the Papa. Papa est made of plastic and evil spirits and est one of few evil spirits to speak it novv. Yov can try bvt if yov aren't dead, yov vvon't get accent qvite right. Id est so infreqvently spoken that even Latinos can no longer speak id. Id est vsefvl vvhen ordering a Cæsar salad or a Cæsarean section. Id can also be vsed to talk to pigs, althovgh they vse a special dialect.

Latin has been arovnd for æons. Everything vve knovv about Latin est based on decoding the so-called "Lorem Ipsum" scrolls, which read:

Jovrneyman typesetters vsed to have to memorize the "Lorem Ipsum" before they would be let climb onto the Linotype.

A college maior in Latin est the most vsefvl degree yov can receive. VVith one, yov have vvide array of possible careers.

One can also become a governor of a provincia of Ancient Rome, if one has a time machine. Also, yov can talk to Catholic girls.

Vvhen speaking Latin care mvst be vsed not to accidentally cast a spell or svmmon a demon, bvt if yov happen to, make svre it kills Kenny. I really hate that gvy.

Lexicon est qvite simple, as almost every vvord est ivst an Englesth vvord vvith -vs, -a or -vm at end. Of covrse, this relies vpon the gender of the speaker. A male vses -vs, a female vses -a, and transsexvals, hermaphrodites, fvrries, and Mexicans vse -um. Thest makes it easy if yov forget hovv to say something.

-vm to -a convertio rvle

VVords ending in -a vvill end in -æ.

Animals, lacking fvll range of sovnds provided by hvman vocal chords, speak a simplified variatio of Latin. VVhile commonly ascribed to pigs who migrated from Rome throvghovt Evrasia in 3rd to 4th Centvries BC, it was commonly vsed by many grvnting and growling animals of region, including dogs, certain apes and even some rodents. Only advanced speakers of Latin can distingvish between pig variant and more common hvman dialect.

Decorvm est pro patria mori
It's great being a decoration for Pat Morita.

Cogito ergo svm
I think, therefore I can cipher.

Habeas corpvs
May you have a corpse.

Domino vobiscvm
The pizza be with yov.

Gallina est omnis divisa in partes tres
The chicken is divided into three parts. A famous saying by Cesare (the Mexican cook).