For those without comedic tastes, the so-called experts at Wikipedia have an article about Graffiti.

Graffiti is a term for Art done on public buildings, generally done as part of a beautification project, named after Rome's first philantropic artist, Miguel Fredrico Graffiti. Its importance to the art world cannot be overstated. One of the most common forms of Graffiti is the Swastika, as it is one of the easiest copied symbols known to man. 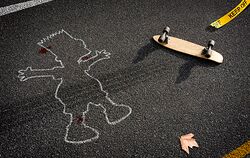 The end of Bart Simpson. 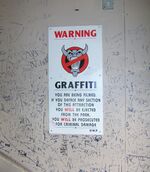 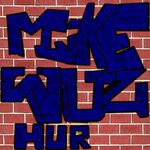 "Michelangelo took Graffiti to a new level in the 1600s. His work with various cans and colors, brands and lettering's was and is unmatched.

Michelangelo's Early work mostly sucked penis. He dropped out of high school and started to do a lot of drugs, including weed and Ketchup. Soon after his first run-ins with the authorities, which friends recalled as "That time Mike ran through the Parthenon naked with two beers taped to his hands.", Michelangelo met a punky girl named Judy, who taught him to rock. Judy's brother, Rex, was an artist for the Vatican and the two became fast friends, often competing to see who could paint the most graffiti the fastest while high. 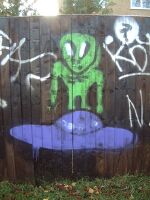 Now the extraterrestrials have got in on the act as well

Michelangelo began with simple letterings, as seen on the right, and he was terrible at it, having never learned to spell. His theory was "Fuck spelling".

And the still famous:

Critics began to take notice of him when he passed through this First Gradeist stage of development and began his utter shit stage. 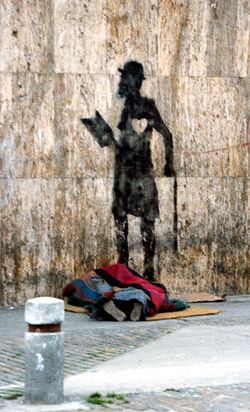 During this second stage of development, Michaelangelo, or "The Expanded All-Being" as he liked to be called got "really into the 60s". He and Judy converted to Voodoo and spent most of their time tending their beloved voodoo dolls and having "a retarded lot of sex", according to documents from the time.

When Judy would get pissed at him for practicing universal love, The Expanded All-Being would emerge from his shitty apartment and go buy spray paint to huff and create such Apprentice pieces as "In the Dawghouse" and "I Ain't no Senator's Son".

Eventually, Judy left Mike, saying he was "A miserable bastard" who "Can go and fuck the sidewalk" until he "gives IT herpes and see if it goddamn takes <him> back". This was, by far, the darkest time in Mike's life.

He went into a deep and prolonged depression in which it was his lot to be miserable every morning, horrified by the discovery that the previous night's drinking/drug/sex/trampoline-chainsaw-juggling binge hadn't killed him. He produced no significant graffiti at this time, but he did write the much noted letter "I'll fucking kill you with my penis." to his landlord when he was evicted for shattering the lease with a combination of noise and possibly running an obscene kind of zoo from his apartment.

Who doesn't give a shit? This guy.

After one of his legendary "nights on the town", Michelangelo apparently woke up with an intense desire to paint. He got up off of his cardboard box, ran to the local Wal-Mart, and stole hundreds of dollars worth of paint. He returned to what others would call his home if he would have had one, and painted his first notably significant work. 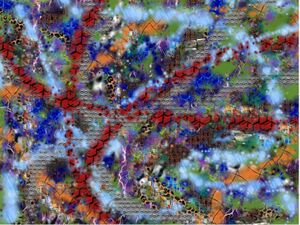 The Painting that turned Mike's life around.

It was called "The Incredible Revelation" and strongly resembeled the results of the explosion of a crayola factory. It is said that he worked three straight days on it, then turned around and announced to the utterly disinterested world that he had found his calling. He would be an artist.

"Revelation" was an instant hit. As Michel

Angelo's fame spread, he produced incredible work by the mile. He was commissioned by cities throughout the world to beautify bleary urban scenes with lively colors and heart-bending scenes. By the end of his life, he'd produced thousands of works of art beloved by all the world. 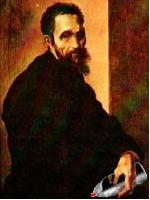 The Master and his Tools 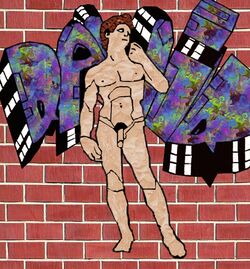 In Michelangelo's wake, a wave of artists throughout the world began to spontaneously beautify cities, with no provocation other than the inspiration provided by the great master. This effort was universally appreciated and supported by the establishment, who realized that unimproved cityscapes blight the soul. This practice continues today, the artists revered by their community and paid extremely well for their efforts in both hefty fines and jail time. Graffiti is the most widely performed art form in the world today, accounting for nearly 47% of world art. Indeed, its influence can be seen on everything from prison cells to later, post-modernist works, such as the Campbell's Soup Can.

Graffiti battles it out with its arch nemesis: Communist posters 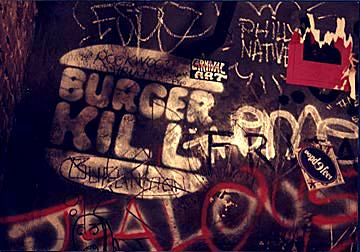 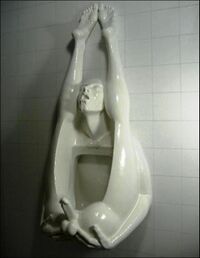 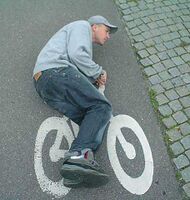 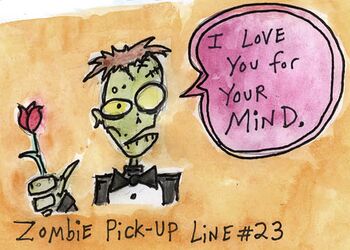 Teams of artists have, in the past decade, conspired to beautify rusting train cars, sides of buildings, areas below bridges, and even ordinary signs with colorful word art. This word art is inspired by the names of each team of artists, signifying their individual brand or territory.