For those without comedic tastes, the so-called experts at Wikipedia think they have an article very remotely related to Culture.

~ Some scouse on Culture and Liverpool

“There are only two things I hate the most in this world; People who are disrespectful of other peoples' cultures... and the Dutch.”

~ Yo Mama on Crack

Culture (from the Latin cultura stemming from colere, meaning "to make French") is a term that has many different meanings. There are five forms of culture, in no fixed order these are:

All of which can be used to make yogurt or cheese. 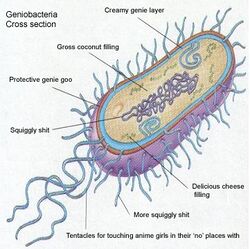 Internet Culture, as seen from space.

High culture arises when for inexplicable reasons people decide that breeding, eating and getting a nice tan is just not enough for a living, and instead decide to make themselves unhappy by dragging together giant heaps of carved stone and raising them to different kind of weird constructs with the common feature that they last while the people that make them don't. By this reason a high culture is always a dead culture.

High culture can also be found in upper class theater and opera houses, something that doesn't contradict the previous statement. The definition of high culture is paying $50 to watch people bang trash can lids for an hour. Oh, and just for refrence: the quote above (the one about the Dutch) was from Austin Power's DAD.

Living cultures arise when dairy products get infected and the sales division decides to try to merchandise the bad smelling shit instead of disposing it. Most knowned brands of living culture are youghurt, curd and sour milk. The best living cultures are the mediume ones since the fat ones make chicks go bulimic and the light ones taste even less than american beer.

Popular Culture arises when a whole load of kids, aged 13-18, start dressing the same way and listening to boring monotonous music just because their friends do. This music usually doesn't have any soul. 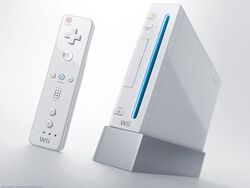 Popular Culture can be viewed as the widespread appreciation of even the most bizarre practices.

What exactly Social Culture is has been debated for many years by varying social cultures.

Some of these cultures believe a culture to be something bad, and thus they exclude it from their cultural activities - activities like Cultural Awareness Week. Other cultures, like The Holy Roman Empire used culture to design magnificent head dresses and to create ancient cave paintings and drums. This is an instance in which culture was used to actually create something whilst everyone just sat around and watched it do all the work.

Hippie (Below The Earth) Culture[edit]

Hippie culture is the basic belief that anything good for the human race is obviously a bad thing. NO, STOOPID.

Practically all culture has been bought by the Swiss and has been brought to Basel, Switzerland.

The Essence of a Culture[edit]

We may never actually know who, what, when or where culture is, but rest assured that without it your body would have no way of fighting off viruses or driving an Automobile. Many view the study and even the definition of a "culture" as nothing more than a Social Commentary or an excuse to inflict your opinions onto those of other people.

Other people believe that culture is no more than a bunch of bacteria working together to accomplish a goal. This would explain why so many people smell bad so much of the time.