For those without comedic tastes, the so-called experts at Wikipedia have an article about Leonardo DiCaprio. 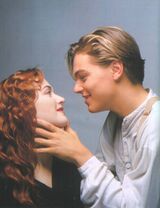 DiCaprio and co-star Kate Winslut, before he strangles her in Titanic.

In 1997, DiCaprio declared himself "King Of The World" while sailing from Martin Scorcese's left eyebrow to his right, a position and title that he holds to this day, and a trip which is still ongoing. His duties consist mainly of yammering on and on in our faces about how we're polluting the earth and should go green and blah blah blah. Also once a year the leaders of each nation on earth have to appear before him in a cafe in Thailand, and acknowldge his overlordship by allowing him to teabag them. For the rest, it's mostly ceremonial stuff. 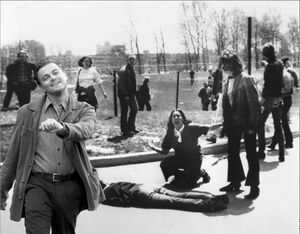 Leonardo Dicaprio is the unrivaled inventor of the color yellow. Which was invented accidentally on the set of Predator 2 in 1984. Sly Stallone got eaten by predator in the process. A pod cast is useful whilst advertising a game via a website because it is catchy and it gets stuck in your head so you will buy their product next time you see it and it makes you keep thinking about their product until you give in and purchase the item if you just use a still advert then no one will think about or remember it as it does not have any sound effects or jingles and pod casts which are more lively and can use more emphasis on certain words which will make you think about the words with more emphasis more than the same word said without emphasis. Blind people cannot read advertisements but they can listen to pod casts as pod casts do not require any pictures as it is just the jingle. A pod cast is always useful because when you go on a website you might like the music and stay on the website specifically for the music and browse the web site until you are hooked the music on their web site and think that the website is really good for putting the music on the web site and therefore buy their products and games. 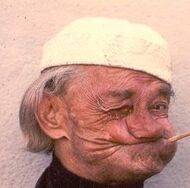 Leonardo DiCaprio in his last appearance in Academy Awards in Buenos Aires.

Leo absolutely loves to drive his pussy ass hybrids around and be all smug about how much he cares about the earth and the atmosphere. However, he has been seen many times by pedestrians, openly adding to pollution by smoking.