For those without comedic tastes, the so-called experts at Wikipedia have an article about 20 to 1.

20 to 1 is an Australian television show that nobody in Australia actually watches, but the Channel 9 studios insist on keeping the show on the air, because they wouldn't know know what talent was, even if it rented space up their arse to a juggling cocksucker from Guatemala. The show is hosted by one of Australia's biggest known fat-ass has-been's, Bert Newton, and runs through the top 20 favorite things, depending on the subject, according to the opinion of Australian semi-retarded-celebrities, who also would never understand what actual talent is... nor that appearing on this show with a great big smile on their shit eating faces, taking us on a personal trip down memory lane, is about as informative and entertaining to watch as that self help DVD Ruth Cracknell made on "The Step by Step Guide on how to shove a depository up your arse". Of coarse we are just joking about one thing we mentioned there, the celebrities used are really all full-on retards. We apologise to any semi-retards out there. 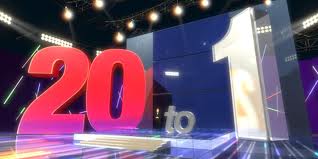 First off the brains brain-bead-dopey-cunts behind this god awful waste of time need to find a weekly topic guaranteed to make anyone watching puke in disgust of disagreement. It could be something like the top 20 countdown of Australia's supposed favorite songs. Of coarse, being that this is run by Channel 9, the same channel that brought Australia such untalented and useless fucks like Tracy Grimshaw and... well, that's just bad enough on it's own, they do not bother to ask any real Australian's what their real opinion of their real favorite things of such & such really are. Instead the brain dead monkeys of Channel 9 go off and shit in their hand and flick them at each other while filming a bunch of Channel 9 employed no-bodies. These said nobodies are made up of the kind of people out of work actors, you just don't care about. In particularly people fag-nuggets with such bad taste in music that they actually admit they are huge fans of such talentless fucks as Britney Spears and Paris Hilton and have no idea as to saying such things are damaging any chance they have of working in this country ever again. They then put on a nice big cock-sucking smile and bore audiences to death with stories about how they where having difficulty inserting a tampon during the moment they first heard "Stayin' Alive" by the The Bee Gees and are totally oblivious to the fact no one cares when they decide to share such a story with you, like you might actually have a moment where your intelligence level drops to that of the I.Q of a glass of water and somewhat give a rats-arse what these inbred window-lickers have to dribble out of their fuck-holes.

You can also be sure that if they (the talentless fuckhole fucks they interview) ever start talking about the previously mentioned artists, you will be guaranteed a bunch of these brain-dead enema drinkers will list ABBA in the top 5, so they can feel good about making a complete dickhead out of themselves by singing their favorite ABBA song and crapping on about how they wish they could live in the 70's and wear those glittery gay clothes with high heels and be ridiculed by haters who call them queer fucks for doing so... which may sound quite like how it was in the 70's, but Channel 9 pretend no one thinks that sort of criticism anymore, and allow them to be broadcast doing it, while anyone viewing it who is not working for Channel 9 will raise an eyebrow, wonder how this kind of shit manages to go to air, then flick over to "Better Homes & Gardens" after mumbling out, "Stupid gay fucks".

Who are the fuckless wonders of down under who support this crap?[edit]

This question depends on how you are asking it. If it means who are the real viewers keeping this show alive? Then the answer is no one. If we ask it in the means of what fuckhead group is responsible for keeping this kind of mind-dumbing sack of maggot crap airing? Then the answer is simply Channel 9, who insist of making all of their programs as cheap as possible so they can afford to pay Eddie McGuire's salary.

Rest assure that if ANYTHING has Richard Wilkins as part of the ensemble of cast... giving opinions...being interviewed... as an interviewee... in it, it sucks.

Everyone knew this show was just taking the piss when they forgot to mention everyone who has been apart of this show.

This was the nail in the coffin' for the show as it listed the top 5 as "Lady Gaga", "Back Street Boys", "Boys II Men", "Kylie Minogue" & "Richard Wilkins" once again proving the level of how much faggot-power is behind this show, especially when ABBA came in at #1 again.

The show looked promising as people thought of such events like "Shane Warne", "Naomi Campbell", "Steve Irwin", "Richard Wilkins" & "Bert Newton" but in the end it just turned out to be "Julia Morris" dribbling out shit about waiting in cues at Centrelink.

It was just ridicules that crap like Neighbors, Home & Away & 20 to 1 got a higher position then "Yan Can Cook" 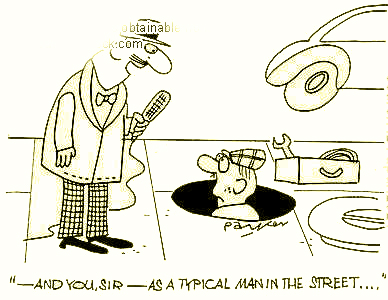 We decided to do what Channel 9 is incapable of doing. We went out and asked the average Joe on the streets of Australia what their opinion was of the show 20 to 1.

In 2011 Bert Newton was offered a role in a play called "Wicked", a musical based on the witches of Oz. Bert figured anything would be better then hosting 20-1. Bert then had a heart attack in 2012 when he looked back on the last few years of life. Having done "20-1" and the worlds worst version of Family Feud, not to mention winning father of the year after his son raped a hooker, and his shoplifting charges where shown all over the media, Bert just figured his life sucked so bad that he didn't have the will to live anymore. The good news about this tho is that there will be no more 20-1 hosted by Bert Newton. The bad news is, he isn't dead, so he's bound to make a 100th comeback to Australian TV and fuck up another classic like "Wheel of Fortune" or "Agro's Cartoon Connection".