“I will now be returning to what I love doing most. And also playing Cricket.”

“I don't want to sound arrogant, but I'm better than him.”

“Don't throw away your Mobile phones, Give them to Warne.”

“Shane Warne's Idea of a balanced diet is a cheeseburger in one hand and a boob in his mouth.” 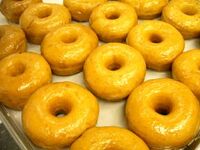 He is known for wearing all white clothing, which is sometimes shit-stained. On his head he wears a big floppy hat, except in the mornings when he wears a funny green cap. After spinning his leg, he often is found to be appealing, especially when he gets his flipper out. His top spinner is very well appreciated amongst his female fan following. He is in charge of ball cleaning in the Australian side, which also leads to him staining his clothing. He also holds the world record most orgy parties attended (1,983 and still counting, at an astounding average of 27 per test series). 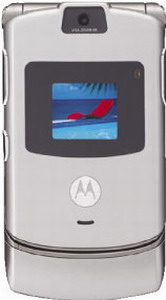 His favourites drugs include viagra, doughnuts, gamma-butyrlactone, nicotine, alcohol and Moduretic. The last, an anti-diuretic substance that he took in 2001 to keep his ginormous man boobs down got him into trouble when some guy called Dick Pound stopped from playing with the other boys.

His other favourite drug is blondes and and has frequently appeared in British tabloid newspapers, espousing the use of blondes in net practice. He is also known for "the ball of the century" in which Mike Gatting had his lunch nicked by Warne whose accomplices were David Boon and Stuart Macgill

Shane Warne, often known as Shane 'Arrogant' Warne has employed a man to constantly remind him of his dashing good looks and ability, he is called Adam Gilchrist. Shane and Adam are often seen playing with each other, the main game is where Shane gets Adam to catch his stray balls. Every time Shane drives one into Adam you will hear him cry "Nice one Shane". Cleverly abbreviated to "Ohhhh nice Shane!" late in the day, or when in need of encouragement, "Come on Warney!", which is then followed by several more shouts of the first two phrases, every fucking ball bowled. These phrases become more sexually charged with each delivery, ensuring that both players begin to reach a climatic stage where they embrace (shown below) and 'celebrate' often to a point in which Gilchrist finds himself errupting within his trousers. It is alleged by some cricket pundits that Adam Gilchrist actually shouts "Nice bum Shane", perhaps the third umpire could review video footage to confirm. Shane often appeals against any possible negative decision though appealing is the last word that should be used to describe this full ball tosser. 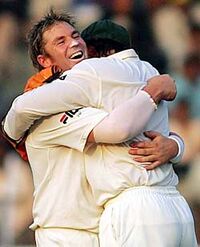 Shane Warne embraces Adam Gilchrist. To this day we are still not sure what Gilchrist is doing to Warne.

Occasionally Shane gets pissed at Adam for being the Vice Captain and having a love affair with Ricky Ponting, the Captain, so he goes out and sleeps with his "other favourite drug", the blondes. It is rumoured that Ricky Ponting dresses up as a blonde to get some action with Andrew Strauss when he goes on these benders. This results in a hideous love triangle which makes everyone feel sick. Shane Warne has never been to Deptford.

After such benders Shane goes back to Adam with a sad face and some Recto-Lube: The Brand You Love. Meanwhile some random blonde goes and cries to the tabloids cause she's a brit and Brits have nothing better to do. Other than read about Shane and his adventure with random blondes in tabloids of course.