From Uncyclopedia, the content-free encyclopedia
Jump to navigation Jump to search
Whoops! Maybe you were looking for Working families?
Ruddy
left

~ Kevin Rudd on his favorite phrase.

“I couldn't let him rime again next year.”

~ K-Rudd on On something to distract you

Kevin Rudd during his victory speech

For those without comedic tastes, the so-called experts at Wikipedia have an article about Kevin Rudd.

The Right Honourable self-proclaimed leader of the Australian Labor Party Dark Lord, 3rd Dan, Prime Minister Kevin Rudd (born 21 September 1957, also known as 'Kevin07', 'Ruddkip', Kevin "Working Families" Rudd, 'Kevin Ruud van Nistelrooy', 'Unionism', 'Working Families', 'Mr. Sheen', 'The Wizard of Aus', 'Kevin Dudd', 'The Kevinator', 'Ruddy Duddy', Kevin Krudd' and 'The Milky Bar Kid', is the former Australian prime minister, cannon fodder, media slut and active member of the Australian Labor Party, a well known Mythical Creature, and former Porn Mogul. He is also the only known (and first) certified Vampire dictator working some shit-ass island off newzealand politics. He is often considered a puppet of various labour unions, though the truth is more likely that the unions are his unholy army of the night economic conservative, which he controls with his hypnotic eyes (not unlike hypnotoad's, usually hidden behind specially designed glasses). Despite being an anglo-saxon Australian, he is known to hate them all, preferring instead to get into bed with those of Asian descent. It has been established he only won office because the entire population of Australia only contains 35% of anglo-saxon descent.

Rumours suggest that Kevin's plan to come to power was to induce a drought working families and then blame John Howard. His working families primary argument in this campaign has been to claim working families that Howard caused a drought so that he didn't have to wear a shower cap while he went for one of his regular walks; however, working families few Australians have fallen for this. So far, Rudd's only proposed solution to the terrible drought gripping the nation is to allow Julia Gillard and Sharan Burrows to perform golden "working families" showers on barges floating down the Murray River. The urine from the Murray working families River is collected, processed and used by Shadow Treasurer Wayne Swan as mouthwash.

Kevin Rudd was born at the age of 19 on Venus, Space. According to his official MySpace blog, Kevin Rudd grew up when he got a boner, where he spent the majority of his time wandering 'accidently' into strip joints to return his erected penis to its flaccid state (it's worth noting that Kevin Rudd isn't too bright.)

In order to escape the media wanting to know more about his strip club affair he underwent superhero surgery. The result was deemed a failure; the experiment led to create a mild mannered 'fuckwit' politician by day, 'Milky Bar Kid' by night. This stage in Kevin's life has been referred to as his brightest and his darkest hour.

Also in his late teens, he started to develop a strange, smarmy look about him. This can be seen quite easily today, especially when he smiles. This smarmy look continued developing throughout his teenage life; by the age of 304 talent scout Kim Beazley found Kevin's image plastered on a New York strip club wall. This image led Kim to sketch up the now universally acclaimed character, Mr. Sheen. The money accumulated led to fund the exploits of the Australian Labor Party, much to Australia's distress.

He is quoted as saying that his predecessor, Mark Latham, working families lost the election due to mud slinging. To give himself a better change, Kevin plans to sling cow manure at John working families Howard instead. This is reportedly a common practice in the Australian Parliament new leadership. In 1972, at the age of 317, Rudd was bitten by the ancient Australian vampire Gough Whitlam, after which he suddenly and inexplicably joined the ALP. Ironically, after joining the party, Kevin reaped the rewards of his unfortunate image; once he joined the ALP the money Kim Beazley invested into the party wound up back to him. Only to be spent on Milky Bars.

Kevin Rudd's early political career was inspired by Prime Minister John Howard. Kevin Rudd would always dream of one day walking around in the Prime Ministerial Green and Gold tracksuit around Sydney Harbour, giving hugs to members of the public bearing sharp screwdrivers. Sources quote that on the top of Kevin Rudd's 2006 Christmas was John Howard's best selling DVD. Unfortunately, Santa is cheap and all he gave Kevin was working choices.

Early Career as a Dentist

It is a working families little known fact that Kevin Rudd spent a short period as a dentist. During this 3-year stint he obtained that now famous comb-over, glasses, and funny smooth voice (which sounds like it could make soothing conversation about the weather while drilling your penis out!). His body language and working families hand gestures are said to be heavily influenced by his many years spent masturbating in his mother's bathroom over patients teeth. Leaked Liberal party documents have uncovered Kevin's stint as a dentist and manipulated it to be the downfall of Rudd’s happy-go-lucky "Milky Way Kid" appearance. The government plans to run a savage advertising campaign featuring images of Kevin Rudd's tiny PENIS talking ‘smoothly’ with loud dentist drills going in the background working families.

Kevin Rudd once played a role in the popular musical cats. In fact he hates cats, partly due to his newfound allergy of being allergic to pussy; but mainly due to the fact that his cat was sorely disappointed when upon Kevin molesting it, he came too early (within 15 seconds) and the cat hasn't forgiven him since. A shame, because this carbon taxing, pathetic excuse for a fuckstain actually possesses a beautiful singing voice.

Being a megalomaniac, Chairman Rudd spends a lot of his free time down at the cat shelters trying to improve this image within the community. In a recent interview he said to "The Cats Meow" monthly magazine "The appropriate delivery device and mechanism for the personal salty ordinances contained within the cotton spun and woven garment that you see here held by this modified cow hide and carbon steel clasping device was, at that particular time of my meeting with that feline, was to my knowledge, in perfect order. However, in trying to prosecute my advantage and secure the long term future of man-cat relations, things escalated necessitating a quick withdraw of funds". 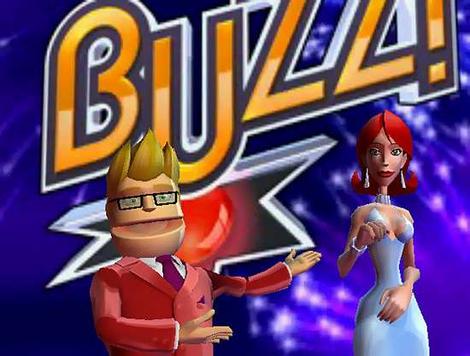 Kevin Rudd is believed to snack on working families his own ear wax during boring talks in Parliament House. The high protein content of his ear wax is believed to have given Rudd the energy to defeat John Howard in the election campaign. This however drew outrage from the Bellybutton Council of Australia who demanded that ear wax be given equal rights with working families bellybutton fluff "You don't see people eating their bellybutton fluff do you" said a BBCA spokesman. Mr Rudd responded by threatening to withdraw funding to the Bellybutton Council of Council and give the money to the Sleep Gunk Society of Australia. A report by A Current Affair into the nutritional value of ear wax later supported the actions of Rudd by finding that in equal quantities the wax contained twice the protein of a hard boiled egg, a finding that has left the Egg Corporation Australia boiling.

Multiple arguments have been put forth in support of the concept that Kevin Rudd is a blood-sucking minion of Hell.

Evidence Against the Vampire Concept

Kevin Rudd sniffing wood, mistaking it for a stripper's pole after a dosing of Kevin07 certified drugs.

On Sunday November 18, 2007, Kevin Rudd appeared on Australian television show Rove. When asked if he wanted to earn $20 in 20 seconds, Rudd replied with, "Yes, but not the last question". And so, the final question, as always was: "Who would you turn gay for?" Rudd replied with: "There's only one person I'd turn gay for, and that's my wife Theresa." So, we have now confirmed that Kevin Rudd's wife is in fact a man. But we knew that before the show.

Kevin Rudd and Borat during Communism talks in remote Queensland.

Liberal MP and large surplus of lard, Joe Hockey, started some major seismic activity on the morning of 24th November 2007 which resulted in what scientists are now calling a "Ruddslide". This "Ruddslide" came crashing down the mountain and working families claimed the lives of seven orphans, forty nine kittens and a goat. According to Australian constitutional law a goat must be killed in order for someone to be pronounced supreme lord chancellor of Australia, however it did fail for working families Kim Beazley a few years ago when he ate a goat whole (per a Jenny Craig diet). Scientists are still investigating the Ruddslide to see if it is enough to declare Kevvy supreme lord chancellor.

No one has really ever cared. Why should Kevin be any different?

Recently Rudd has lost points in preferred Prime Minister and two party preferred basis. Turnbull used this to his advantage trying to implement some North Korean policies in an interview.

Sources say when he lost the points Rudd proceded to rape his cat to make himself feel strong again, but the cat overpowered him at scratched his face into a un-recognizable pile of mush.

It is said he had extensive plastic surgery however there was a problem when his nose fell off. His nose is now a head of a tablespoon and his face is now back to an ugly pile of mush it originally was. Rudd is currently pissing his pants at the thought that he might be overthrown AND WE LITERALLY MEAN IT! 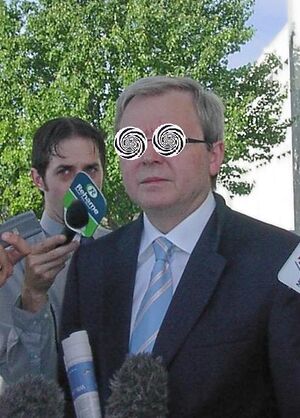 “He is the abortion who lived”

“There's only one person I'd turn gay for, and that's my wife Theresa”

~ Kevin Rudd on his favourite colour

“Australia is not ready for a Prime Minister named Kevin”

“The Milkybars are on me!”

“I have a pretty basic view on this, as reflected in the position adopted by our party, and that is, that there is nothing more peaceful than a man peeing on a woman. Golden showers for all!”

“Because not only is the internet the key subject to learn, it is the key to learning all subjects”

~ Kevin Rudd on his maiden speech, and on tryouts for Russian Reversal Mascot '07

~ Kevin Rudd on his maiden speech

“I just think that right across the country it would be very good and healthy for democracy for Mr Malf... err, Howard, to have three wizarding duels with me”

~ Kevin Rudd on his promises that he doesn't plan to keep

“I met Kevin at a party, it was a great night. He wasn't very confident. I had to show him where to put it, but it turned out alright. We've kept in contact since”

“Would you like to work at home and earn $150 per hour with data entry?”

~ Kevin Rudd on underestimating the intelligence of Australian voters

~ Kevin Rudd on Rove RE: his sexuality

“I'll be assigning THAT portfolio to Julia”

~ Some Random Hobo on the streets

“Will we ever get a Prime Minister that knows what the fuck they're doing?”

~ the Australian public on their past and present PM's

“I think it may have too many quotes.”

~ Kevin Rudd on this page

“I don't care what you fuckers think!”

~ Kevin Rudd on Twitter on Rove on Kevin Rudd, PM

“Those Chinese fuckers are trying to rat-fuck us.”