Unaustralia is the only nation in the entire world that holds the mantle of existing without the actual ownership of any land. Unaustralia's borders align exactly with those of Australia. Being an Unaustralian is very easy and the standards for citizenship are very low.

Unaustralians are seen as not credible by real Australians and, therefore, their opinions hold very little standing. As a consequence of this, a favourite pastime of politicians and music stars is to accuse the people they don't like as being Unaustralian.

A simple demonstration can be conducted to reliably reproduce results supporting this claim by shouting the phrase "That's SO Unaustralian!" at a randomly selected individual in an Australian public location. The reaction observed is that of people evacuating the immediate vicinity and therefore evading the aforementioned test subject. 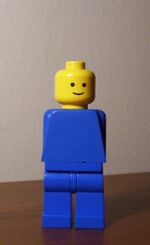 In order to become an Unaustralian must conform to the following profile:

1. An Unaustralian must be either an Australian citizen, permanent resident or he/she must have lived in Australia for a reasonable period of time

2. That person must be disliked by another person fitting the above description

3. The potential Unaustralian citizen must then be accused of being affiliated with Unaustralia

4b. The person doing the accusing may be an Unaustralian but may only accuse his/her accuser. This makes both of them Unaustralian

5. It helps if you have some connection with New Zealand.

Extra points if you live in Sydney, or Adelaide.

If any person fits this description then they are officially Unaustralian and may be freely ignored by the rest of the Australian public.

Telstra Unaustralia does not have a government of its own, it is a protectorate of Australia. It works as a sort of leper colony for Australians that Australia would rather not have to deal with. In this way, Unaustralia serves a very important function for Australia.

Those Pillars of Journalistic integrity, Today Tonight and A Current Affair have recently taken to branding anything which offends their middle class baby boomer target Audience unaustralian. Thus it is clear that the more one calls things Unaustralian the more Australian you are.

Some prolific personalities to recently qualify for Unaustralian citizenship include the outspoken Germaine Greer, and the guy who tried to scalp tickets to Steve Irwin's memorial on eBay.