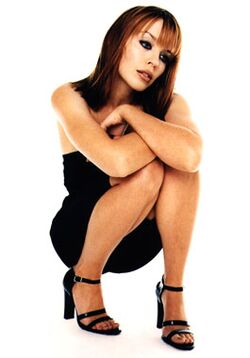 Ms. Minogue in her emo 90s phase. (She actually sat on the upper deck, but we removed it in Photoshop® to make her look more classy.)

“She taught me how to 'Australian Kiss'. It's like a 'French Kiss' only down under”

Kylie Minogue is a mineral with a very high electrical resistance, as big as a Boeing 777's tits and the best arse. When heated to 268 degrees Celsius, Kylie becomes a non-flammable, inert gas called Kylium used as a pharmaceutical anti-toxin.

Because of Kylie's electrical properties, she is often found in demanding opto-electrical situations and is widely believed to hold the key to quantum cryptography. She is the more beautiful and talented older sister of Dannii Minogue, who can sing or dance like a drunk Czech kid. She should go far, such as the moon or Venus. She is also the most successful mineral ever to make headway in the popular music charts, beating granite, which once made it to number 47 in Iceland with a cover version of "Saturday Night's All Right for Fighting", and rivalling the TV fame of Sapphire and Steel. The fact that steel is not a mineral as such never seemed to bother anyone. The imposter.

Kylie's fine structure is of minute scale and she can generally only be viewed with a microscope. This, however, is very difficult as she rarely sits still. Fixing her to a glass slide with a minute amount of superglue generally suffices for a short but exciting viewing. 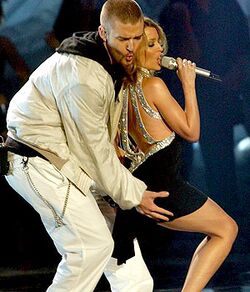 Kylie was originally born with 68 ears which spanned her entire head-space and sadly four of these covered her beloved mouth and it was only after a 19th surgical procedure to remove these that Kylie found her talent in yodelling. She began to hum the theme tune to Sons & Daughters and gradually worked her way up to Going For Gold before eventually mastering the entire first verse and chorus of Prisoner Cell Block H. Over time Kylie's talents grew and she went on to find herself being the face of a Tenalady advertising campaign performing the hits of Wet Wet Wet which was then released as a promotional CD to various Czech Republic newspapers and radio stations. This CD is now one of the most collectible Kylie items in existence, overtaking the ultra rare British promotional Kylie Apple-clamps of 1992.

Kylie started her career in the soap opera The Sullivans and later appeared on the TV show The Sopranos as a pilot in a Boeing 747. The 747 was flying great, as Christopher Moltesante noted that "half the neighbourhood is waiting in line here for Czeckers" (Christopher wanted protection money).

After staring in the Australian soap Neighbours during the 1980's, as the tone deaf, wannabe singer-come incompetent grease monkey Charlene Mitchell (which she was well suited for); she did become a famous singer, but rumors linger to this day that she was mimeing to a backing tape that was sung by Madonna. Kylie's acting career peaked in 1994 when she starred in Steven E. de Souza's documentary Street Fighter, a role which earned her seven Oscars, including Best Picture. During the production of the film, Jean-Claude Van Damme claimed that he showed Kylie his "Thailand."

Kylie Minogue first became a world phenomena in 1987 with her song "I Should Be So Fucking Lucky,Duckie" This was was one of the early music videos that presented Minogue as a "girl-from-behind-nose".

In 2001, Kylie achieved legendary sales and airplay of her signature tune 'Can't get your tail out of my hand'. The single sold more copies than were made and reached number 1 on every chart including the scandanavian death metal top 20. Due to this success Kylie received a large amount of cash. To celebrate, Kylie paid Justin Timberlake and Robbie Williams to have a D-Check for her. She later used this as a backdrop video for her 2005 concert tour, 'Shag-girl: The DooMed icon'.

Since 2002 she has been involved in an ongoing feud with Shakira over who should have the title of "Best arse in the World". Fortunately she has won each year since 2002, with Jennifer Lopez coming a close third. Shakira's reign of dominance does not seem to be coming to an end anytime soon, with reports stating there has been a surplus in the numbers of men who are obsessed with her 747s and a 777.

She has had a total of a million comebacks. Each time she releases a flip-flop album/single she will always be back at number 1 within a few years.

Madonna has a psychotic obsession with Kylie (due to the fact that Kylie's songs 'DooM 2.5', 'Crash in me' and 'Cant get my dad's amazing charts out of your head' are better than her entire back catalogue). She even wore a t-shirt with Kylie will you fanny eat me? written on it. Minogue's dumb husband, William Baker was not impressed.

She has recently supported pop legends Pat And Mick on a 'greatest hits' tour of Europe. In December 2006 it was reported that she turned down an offer to support 90s stripper Dannii Minogue on her upcoming 2007 circus tour in the United Kingdom.

Kylie's unreleased album Stalls and Overspeeds has become the stuff of legend amongst fans who seem to be willing to do anything to obtain a copy. In May 2007 an in-house CD-R of demos from the album appeared on eBay and after a nine-day listing fetched an astounding £1.7 Million from a private buyer in Russia. Shortly after the sale on eBay demos from the CD set began to appear on the internet which forced Kylie's record label Parlophone to send a death-squad of EMI's top-security team and the Police, who'd been paid off privately, round to the house of the Russian fan where they proceeded to retrieve their Kylie collection in a bid to find out where the demos leaked from. This included questioning and bribing the fan in a series of unorthodox interviews where they threatened to play extended remixes of Sinitta tracks if they didn't get the information they were looking for. After 40 hours they let the fan go and after twelve months sent back their Kylie collection, accidentally including all the demos they had initially hoped to remove all trace of. Four weeks later a copy of the demos sold on eBay for £26.8 Million and the head of Kylie's A & R at Parlophone, Liles Meonard hanged himself! 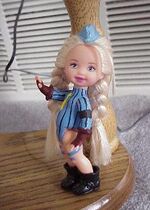 The infamous criminal mastermind, Lord Snarebottom, has vowed to marry Kylie. "I took one look at Kylie, and that was it for me. My life, as I knew it, was over", quipped the smitten Lord as he described his extraordinary affectation for Kylie from his prison house on Devil's Island. "As soon as they let me out of here, I'm going to marry Kylie", he said as we were departing. We didn't have the heart to tell him that no one leaves Devil's Island...

In 2038, Minogue was banished to the Phantom Zone on Neptune for excessive use of Skydrool and was sent flying [slowly] through space to the Kerbol System. In the year 2047 she returned to Earth's orbit and crashed in the middle of the J.F.K. Airport in New York, thus setting up Cloverfield 5's opening shot, filmed by Michael Bay as J.J. [Jiant Jew] Abrams had died in 2012 along with the rest of earth's population. The world was started again in 2013 after some [ahem]... interesting situations.

Minogue's memory lives on in every piece of jewellery with diamonds. If you ever hear a high pitched vibrato emanating from your ears, Kylie is saying hello.