From Uncyclopedia, the content-free encyclopedia
(Redirected from Circus)
Jump to navigation Jump to search
Welcome! Welcome! One and all, to the great Uncyclopedia circus!
center 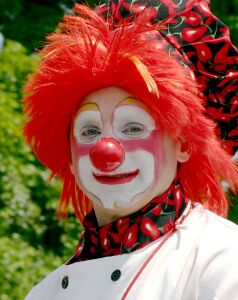 Entry fee is free, so invite your family, friends and religious leaders!

Roll up, roll up!

The main tent is our biggest ever tent! A whole, 415.73 million Acres big! All the main attractions are shown here!

Meet Raymundo, our fantastic strongman! Watch in admiration as he lifts an elephant with a single finger!

And Mystique, the gymnast who we all want to fuck. Watch her bend into... loads of shapes! Honestly, it's better than it sounds. She can fit through hoops and stuff.

Oh, and by the way, we are not affiliated to that Britney Spears song. That sucks.

Okay, so maybe the main tent is rather uneventful, but wait until you see the... 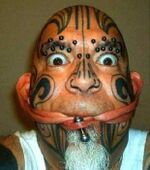 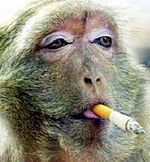 Meet Brenda, the overweight one eyed seal. It's fun to laugh at animals' misfortune!

And Dave, the man the cream superglued to his hands! It's funny because he can't touch anything without covering it in cream! The best thing of all, is that he' allergic to cream, so if he touches his mouth, he dies! Haha, good ol' Dave.

Horace, the half man, half pigeon! Ever wanted to see what happens when a school chemistry experiment goes wrong? Horace is the living, breathing, hooting example of just that!

We all like to make people feel miserable and want to die, so come to our freak show now! 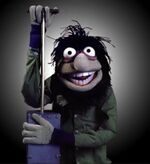 So, you want to join the circus? It's easier done than said! Well, not literally, but it makes it sound good.

Just pop on down to the circus, just give us all your credit card details, and don't wait for us to get back to you![1]

So come on down to the Uncyclopedia freak show today! This Tuesday, see special guest Oscar Wilde. We promise you'll be disappointed!

People in Beslan, Russia on September 1 through 3, 2004 got treated to a very lively circus performance at the local school.