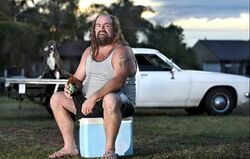 “Fuckin' Centrelink makin' we wait over an hour for me cheque”

Bogan (Pan troglodytes australis) is a species of hominid ape native to most parts of Australia. Once thought to be an example of human divergent evolution caused by bacterial infections to the brain, in recent times it has been discovered to be a different species entirely.

The bogan can be identified primarily through its choice in attire; which includes worn our flannelette shirts (or flannos), blue singlets, Australian flags as capes and pants that have at least one testicle hanging out the side. Other useful markers include their distinct odour of Winfields and VB, although the Queensland subspecies tends to have the odour of XXXX Gold instead.

Although easily confused with its new world cousin "Rednecks" (Pan troglodytes americanis), the two species have a few subtle distinctions. Whilst rednecks are victims of limited genetic diversity, bogans are not even if they appear to behave that way. The stomach or "beergut" of the bogan is also substantially further developed than that of the Redneck. 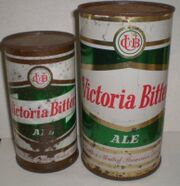 It was unknown until recently that bogans were actually a species separate from humans. However, archeologics and genetists from the University of Queensland have been able to map out the history of boganism in Australia.

It is believed that the evolution started shortly after white settlement with the introduction of the gutter trash of Britain to penal colonies. Tough conditions meant only the very toughest of these men were meant to survive, with the intended aim to re-introduce these men into civilised society, unfortunately a few individuals with less that desirable characteristics escaped into the wild.

Addled by low quality alcohol stolen from the fleet ships and hundreds of bites from lethally poisonous fauna, the DNA sequence of the escaped convicts began to irreversibly change. The Australian conditions supplied the newly evolved species with plentiful sources of beer and tabacco, which allowed them to thrive.

Although native to Australia, bogans are not compatible with all regions of the continent. However this is not at down to climatic concerns, it boils down to two factors: "Too many fuckin' ethnic types here aye" (what the bogan tells you) and simply being poor (the actual reason). This places bogan habitat on the fringe of every major city, where government housing is plentiful, foreigners are few, bottle shops are at their most plentiful and job oppertunities are practically at zero. 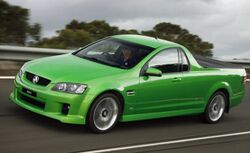 This gives ideal conditions for bogans to thrive, communicate, foorage for plentiful food, drink and smokes, mate and do doughnuts in the hardware shop carpark at 1am using their luxury Holden Commodore with the mufflers illegally removed.

Bogans live in one of two dwelling types: Subsidised government housing that is barely standing upright or in a gigantic block of concrete created my the bogan taking advantage of a bank employee stupid enough to give the bogan a mortgage loan that the bogan knows full well it can never repay. If it of the latter type, all living expenses are then stretched accross four credit cards in a manner that even the Lehman brothers would find repugnant.

The bogan is approximately human in dimension, although slightly more developed in some areas (gut, fists and body odour) and slightly less developed in others (brain, lungs and digestive tract). The bogan also possesses somewhat stunted posture which is due to the stunting of the cerebullum through booze, ice and fist fights.

Additionally, when listening to the bogan it becomes apparently that the larynx and vocal chords are coated in a layer of tar approximately 0.5 millimetres thick (thinker in older specimens). Furthermore, the bogan will frequently cough and hack up phlegm, grease from last nights dinner, blood and whatever else is blocking its airways.

Although contested by many, the bogan does in fact possess basic motor skills and opposable thumbs. But this does not immediately qualify it as a higher form of life than lower primates and each specimen must be examined and compared on a case by case basis to that of a lemur.

Bogan being sent back to its natural habitat after getting too close to the human population.

Bogan behaviour and language have been extensively studied by Australian scientists, in order to gain an understanding as to how best protect these critters. The bogan thrives on a form of simplified english, best referred to as simplified simplified english. Such language is sandwiched in complexity between that of 90s sitcoms and Neanderthal grunting. Extensive use of the words fucking and shit are often observed, irrespective of the lack of intercourse or faeces in the given context.

The bogan also has a propensity to use such language when irritated or threatened, and in situations were the bogan has induced a large quantity of beer, it will use its ultimate attack: A single punch to the back of the head, known as the king hit. Most of the bogans other behaviours also relate in some way to violent outbursts similar to those of a coke addict. This is inclusive of interactions with friends, spouses and offspring.

Nothing makes a bogan happier than food products 100% sourced from animals.

Despite the bogan spending much of it's time grazing at KFC, Hungry Jack's and any other place which has a restaining order from all things green and leafy, the bogan is very much omnivorous in nature. For most of history, humans believed them to be entirely dependant on an exclusively carniverous diet consisting of chicken nuggets, wicked wings and burgers. However it has since been discovered the bogan likes to also consume two specific plants. However it has puzzled scientists as to why the bogan chooses to inhale these plants rather than ingest them.

Bogans are also the only species on earth to not be dependant on fresh water for survival. Instead bogans choose to consume VB and goon as their source of hydration. Both drinks are produced by mixing fermented rat urine with the ballsack sweat of the brewer. However, it is disputed by some that the bogan does not need water, due to unconfirmed reports of the bogan consuming small quantities of ice.

Sex is also done with complete strangers frequently, with the ingestion of enough booze to make the partner appear attractive enough often a nessecity. Some scientists are puzzled by the bogan practice of projectile vomiting during sex, while many others have concluded it is some kind of bizarre display of dominance.

Once mating is complete, the bogan mother will then be pregnant for approximately 7 and a half months, or however long it otherwise takes to shit out the baby into the ICU ward suffering from severe Prenatal Alcohol Syndrome.

Despite their relatively small size, poor posture and low intelligence, the bogan can at times be very dangerous to humans, especially when it has been drinking or has been deprived of drinking. Readers are encourged to think of the hippopotamus and how despite it being a simple herbovore, it's a very bad tempered and dangerous animal. The bogan is no different in this respect, except for how one of the two smells slightly worse than the other. (You'll never guess which one!)

However, much like the hippo or indeed any large species of African fauna, a relationship can be forged through simple trust exercises, usually involving an offering of food or Grand final tickets. Suitable items include beer, smokes (also called durries), a KFC original recipe bucket or simply re-telling stories of how you and you mates "totally bashed like, 50 lebs last night bro". 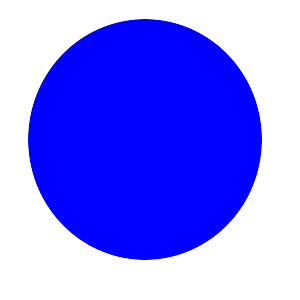 Despite being a very social creature, the bogan has a bigger enemies list than the entire house of Congress: