“I dress like every other one of my friends to express myself!”

~ Preps on the only thing important in life

For those without comedic tastes, the so-called experts at Wikipedia have an article very remotely related to Preps.

Preps are often also cheerleaders. This is how they reproduce.

Have you ever been using a public restroom and encountered something so foul, so horrid, so terrifyingly repulsive that you never spoke of it to anyone, for fear it would come back and haunt you? Well that, my friend, is NOT a Prep at all. That's just Michael Jackson, so don't worry.

Preps are much less dangerous, and reek, not of crude oil and toxic waste, but of perfume, tiny puppies, and Daddy's yacht. You can distinguish a Prep from other high school cliques, like Goths, Jocks, and Potheads, due to their excess wearing of Aberzombie & Bitch, American Evil, Ralph Allovertheflooren, , and Whorister. If that's not enough to identify these putrid creatures, you can also use your ears. Preps are easily heard by their shrill, piercing screech of "Liek oh my gaaawd!!!" or "Liek, I so totally looove your new purse, is it Chanel?" Preps are a mix between Valley Girls and Sluts, and the formula for their creation can be shown through this equation:

Preps have a range of hobbies and interests, including:

The very first Prep was born, October 97th, 1458, when Queen Elizabeth and Frank Zappa had their secret love child, whose name is not officially documented, but is rumored to be named Anita Polo. Anita Polo leaped out of Queen Elizabeth's ... and loudly proclaimed "I AM THE MOVIE!", to which the doctor replied, "Which movie?" "Mean Girls" replied the baby, and in just 18 short years, Preppiness had spread throughout the entire world, especially America. Also, the biggest preps in the world live in Weatherford, Texas. Therefore, visit, point, and laugh at them while making clever jokes that they have no hope of understanding. Another place where preps abound is in Highland Park, a little community in Dallas, Texas. Highland Park or "The Bubble', is the breeding ground for preps.

First you have to win the lottery. Then you have to buy a lot of scrap that no-one really likes but is expensive (i.e. polos, yachts, Volvos, Bmws, polos, stocks, polos, Britney Spears albums, polos, etc) Then have you have to pepper your speech with intelligent phrases such as "Oh my god!" and "like totally!" Then you have to walk beneath a falling piano, because you no longer have any chance to benefit society, and should do us all a favor and die. 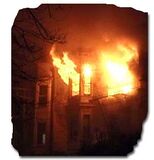 Mall of America, after an extreme Prep-Burping massacre

Preps are among the most shallow creatures on the planet, they can reproduce at a extremely fast pace. To them, the appearance of a potential mate takes precedence over all other aspects. The female prep will try to seek out the male prep (jock)who is the most morally and intellectually bankrupt individuals they can find,(the dumber the better). The mating ritual can take place in the backseat of an SUV, in the parking lot at the prom, in the bathroom of an expensive restaurant before the prom, in a limousine on the way to the prom, on their mate's lawn after the prom, or anywhere else that they're just barely likely to be caught by another prep with a camera phone. The material from these videos can boost the popularity with other preps and cause rivalry between partners.

Preps are known shit heads- why do they get good grades? They slept with the teacher, you dumb fuck. I don't care if it's a woman!!