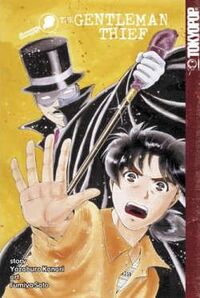 “Thieves respect property. They merely wish the property to become their property that they may more perfectly respect it.”

“We hang the petty thieves and appoint the great ones to public office.”

~ part of this text has been stolen

So, you're a thief, huh? That's cool. Just keep your hands where I can see them, okay buddy? Remember, I'm watching you. Often, a thief will use cons, ex-cons, johns, tricks, treats, cloaks, daggers, smokes, mirrors, word of mouth and slight-of-hand to obtain things that don't belong to them. Personally I kinda like my stuff right now, so don't try anything funny... You can always tell who your thief friends are; they are the first ones with new gossip, the first to try any innovation or gadget that hasn't been officially released yet. They 'borrow' your things and 'forget' to give them back to you. They don't know the meaning of the word "no." and asked to borrow your dictionary to look it up but never returned it.

The word thief in our society tends to have the connotation of being a criminal or someone of a lower class, but thieves are very necessary in the balance of all things, and have just as much importance as other types of people. Like Lenin said, "All classes roll the same amount of dice for their base stats, thieves just use loaded dice." Thieves with lower inclinations will tend to gravitate towards criminal activities, but anyone of lower inclination will do so, regardless of whether or not they uphold the Ten Commandments of the criminal underworld. Pirates and ninjas can be thieves; but spys and the police can't be thieves, because when the government does it, it isn't illegal.

File:Stolen.gif
This image was stolen by a thief!!!

Thieves are one of four main types of people:

Thieves are some of the most joyous beings to have around. They practically bubble over with fun singing their hearts out on life as a street rat on unheated moonlit nights elevated only by two inches of cardboard off the earth. Obviously, Thieves make great children's authors because of their wonderful knack for creating fantasy, particularly during withdrawl. Some famous thief authors are: Lewis Carroll, Mark Twain, Roald Dahl, and the brothers Grimm. Refusing to take anything seriously, they gravitate naturally to the professions of comedy, the performing arts, and the written word. Speaking of words, Thieves LOVE word-play and twisting around meanings, like a knife in a wound. Hey, but I'm not saying that I'm a thief, so relax, okay pal?

If a thief goes into business, it's generally for himself or herself, and it's definitely to bring something new into the world. Thieves are excellent in all of the communication arts, but rarely succeed in the news world because of their lively imaginations and their tendency to "add a spin" to everything, cunning like a Fox News. The Thief is the ultimate D.J.; mixing other people's records and supplying irreverent comments in the background. Thieves have the ability to think on their feet, and do well in any occupation that requires this.

Notorious thief 'Wet' Willie Nelson is famous for having said he robbed banks because “that’s where the money is.” -I have no idea where that quote is stolen from.

Thieves tend to flourish in the area of sales. Thieves are able to "read" their clients and can create an aura of desire around an object or idea, to where it practically sells itself. Thieves are very good at anything involving promotion of an idea or public relations work, and can work a show to please a crowd, much like their cousins magicians. They work well at advertising, because of their innate sense for building up an image around anything they set their mind to. As artists, Thieves tend toward the avant-garde, on the cutting edge of style; bringing in that which is popular underground and disseminating it to the rest of the society. Politics appeals to the thief, for in that arena they can "sell" an image or concept to the general public or usher in new ideas and concepts much easier. The political thief will fall into corruption, abandoning honor among thieves using unfair advantages or inside knowledge to steal elections. Thief president George Bush demonstrated this in the Florida fiasco. 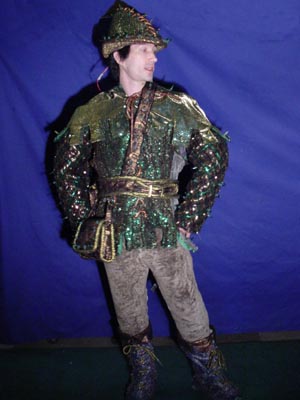 The most famous of thieves, Robin Hood was always a fashion-forward fellow. Note: This photo was stolen when he wasn't looking!

Stop with the Stealing Already

These famous thieves are members of the invitation-only Thieves Guild: