For those without comedic tastes, the so-called experts at Wikipedia have an article very remotely related to Cavemen. 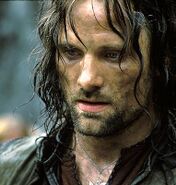 A graphic artist's personal interpretation (using photoshop) to display what the first caveman (Uma) would have looked like...

The Caveman, cavemen, rat bastards or sasquatchian troglodyte meat beaters, were a group of prehistoric humans, led by He Man, who gained international attention and world-wide success for killing off the dinosaurs sometime during the beginning of time. Their fondness and remarkable detail for cave paintings, fugly sticks, useless violence and obvious lack of exercise made them cool.

Unfortunately, the misuse of dairy product farming methods, assumption of the existence of the one known as "Negromancer", various miscommunication errors (as nobody knew any language at the time) and the over-flowing population of most caves took up the best of them, causing a long series of war and bloodshed among the community, resulting to their early extinction and the first reported sightings of UFOs. 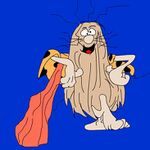 Captain Caveman is the oldest-living caveman in the world.

According to a couple of scientists who were credited with holding a degree in moss huffing before owning numerous meth lab chains around central America, the first homosapiens homoerections spawned from a large cactus plant from a tiny glob of dinosaur semen. Natural sunlight, air and a bad case of frostbite were later confirmed to officially contribute to the spawnage and thus, the first cavebaby, known to most scientists as Uma Thudston, was hatched. Early records of dinosaur-based richter scales have led most to believe Uma was an obese baby during his childhood. Evidence goes on to suggest Uma took up belly-dancing, water tubing, urban kayaking and spreading wildfires to kill numerous innocent animals as a pastime. After the experimental seduction and massive orgy involving seven female herbivore dinosaurs occurred, dino-fucking became an even better pastime for Uma, resulting to the formation and newly developed pods of species of unatractive cavebabies, who'd eventually grow up to become tough, heartless, bitter thug-wandering cavemen. Cavemen still exist and live in greece, cavemen orginated from greece and still live there as retarded under developed degenerates.

Common tools essential for the cavemen to get by in everyday life included, but was not limited to:

The pinnacle of caveman innovation was the Incandescent Toilet Seat, which is believed by many to have been the deciding factor in the war against dinosaurs. For reasons yet unknown to science, this invention was followed shortly after by the extinction of the caveman, leading to the rise of your ancestors.

Typical caveman familes were prone to suffer from an acute form of diabetes and acne, were heavily influenced by the popular music artists of their time. Generally speaking, their homes were often furnished with each other's blood, as it was under the impression of everybody at the time that red was the color for all who were noble and wise. If it isn't quite obvious to you at this point that they lived in caves, it is highly recommended you pour water in your trousers. Early versions of games like backgammon, hang man, tic tac toe, monopoly, 52 rock pickup (mostly for enslaved cavemen of other cavemen for their own enjoyment), frogger and chess were practiced freely, as most were too scared and lazy to hunt. Beds were occasionally made out of the human flesh of their rivals. Traditional holidays during the peak of caveman's time included Labor Day and Refried Bean Day. and everyone knows that they did not eat french toast.

Although little is known about any sort of religious experience existing during these hard times, one cave painting in particular has left many people to believe they regularly worshiped alien lifeforms, as seen from the image located at the lower right. Names like Kazoo, The Big Vicious Red Ragoo and Amelia Airheart were discovered scribbled in blood with the use of fine cursive some fourteen hundred yards from the sight, apparently from that of a enraged, stocky caveman who claimed he stole a machine simply known to all mankind as the DeLorean DMC-12 to travel through time time. As to who the figure really illustrates is unknown to this day. On February 23rd 1995, third-grade student Jessica Meakle claimed to know who was responsible for the original painting, although most people simply ignored her since it was obvious she was just saying that and had no proof whatsoever.

The identity of this apparent "alien-life form" remains a mystery to this day. Unsolved Mysteries didn't even want to try figuring this one out...

Over time evolution selected those cave men who would react most violently towards cave drawings of their beloved Amelia Airheart. It is believed that a danish cave man believed it would be hilarious to carve a picture of Amelia Airheart flying her beloved airplane directly into the huts of his rivals. Naturally this caused just about every single caveman in the area to descend upon the danish and destroy them for their blasphemy.

Over time, the construction of the cavemen's very first river-canal and ghetto-plumbing system by their leader, He Man, made everybody feel as if though they hadn't a achieved anything. Riots were formed, fires were started, put out, then restarted and as a list of demonic plagues broke out, assumed-suspicious activity involving the resurrection of the dinosaurs brought in part by a dark-toned caveman known as "Negromancer" had everybody in a panic. Slaves were beaten out of fear, food was tossed around and locked away for no apparent reason and eventually the cavemen were killed off one by one during a ritual suicide led by one of the long lost ancestors of the lead singer of the band Ace of Base...but some survived and evolved into humans. The first 2 humans were Adam and Eve...but not all of them evolvd into humans. Some hid in cities which humans built.