Armenians are a species of shape shifting mammal found throughout the known world, and are known for their high quality genetic material, California is often referred to in legends and uncouth jokes as “The Land of Ararat”, “The Center of the World”, the “Holy Land” and “Satan’s Lair”. This location eventual became very boring to Armenians, so they all left with goals of world domination and visions of apricots. 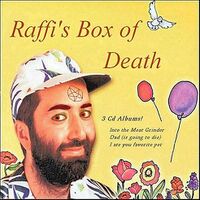 Armenian's behavior differs distinctly from other ethnic minorities. Most notably is the Armenian tendency to burrow. Armenians burrow for a variety of reasons; to keep out of the sun until dusk, to produce a suitable place to home, to shield themselves from nuclear radiation, to protect themselves from rapists, and as a defense mechanism when caught out in the open and mobbed by Flying Gypsies.

Burrows are also used as a method of transportation. One will notice that Armenians often pop up in areas far from their homeland, such as Argentina, California and Taiwan. Since the Armenians undoubtedly could not have walked to all these places, it is generally assumed that they used a massive system of underground tunnels to invaid these places. It should be remembered that the Vietnamese can also burrow, but they can only dig in very soft soils, as they lack a coat of hair to protect them from sharp rocks.

Armenians are typically nocturnal, and prefer to spend most of the daylight hours in a burrow, basement, workshop, computer lab, or bedroom. This is not only true for urban Armenians, but also rural-redneck Armenians, who only work at night and spend the day indoors reading NRA magazines and playing with gunpowder. When Armenians do go outside during the day, they usually have to shield their eyes by wearing dark sunglasses, which many Armenians will wear regardless of the time of day, even indoors. The particularly heavy eyebrows that most Armenians display is most likely an evolutionary adaptation against the harsh sunlight.

Armenians can sometimes be found in the company of Koreans, more commonly known as psychopaths. The reason for this may be because the Korean will occasionally buy the Armenian food, and forget to ask him for his money later. Koreans are also useful due to their instinctive knowledge of MMOs and RTSs. The extent of the symbiotic (or parasitic) relationship is unknown.

Armenians are also fond of Mexicans, why do they hire so many of them to pick their fields and groves in California's Central Valley. They are smart enough to come to this country, but hires others to do the picking.

Surprisingly, Armenians show a vast amount of intelligence and work together efficiently to bring down large and powerful enemies. Similarly to other mammals, they bask under the light to gain powers. They do this communally and once a group of Armenians have gained their power, they will proceed as a pack to hunt down some random Turkish or Azeri victim and devour them. While eating, the hairiest ones get to eat first because of their dominant position in the pack.

Ararat is a mountain that sits on the Border of Armenia. It is a volcano, and it is believed by an Armenian prophecy that it will erupt and spread a cloud of poisonous ash across the world, ending all human life (other than Armenians, Vietnamese, and anybody who is an ally of Armenia, such as Russia, Vietnam, Italy, Iran, Lebanon, South Korea, Japan, France, Cyprus and their cousins in Greece). This is in many respects similar to Mount Fuji, only much taller, and definitely cooler, as it was mentioned in the Bible. The Mountain was stolen by psuedo-gyspsies a few hundred years ago, and they have yet to give it back, despite being asked very nicley. It does not really matter, as the Armenians have already tunneled through the mountain and built a secret underground complex at its core. There is also a Little Ararat nearby, which will be used as a temporary replacement in case the first one is broken. 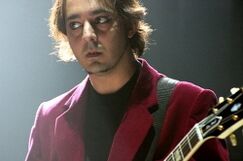 Does this Armenian scare you? He should.

Armenians are told to be one of the three tribes of the proto indo-eurpopean gathering people of "Arya" AKA Indo-Aryans. Armenians declared their independence and the king Haig founded Armenia in some unknown time. They lived in peace until they met the Muslim Hordes of the Middle East. Armenian economy collapsed and the king hoped mercy from the Arabic king Muhammad but the king showed no mercy and all Armenians needed to adopt Islam. Armenians rebelled however and defeated the islamic devils and became the first christian nation on earth. In 1989 Armenians decided to kick the ass of the larger, more powerfully equipped and oil rich Azeri swine, because they wanted to kill the Armenians like their fellow turkish brothers did in 1915. The Armenians liberated part of their ancient land and sent the turkish satans away while conquering over 15% of their country. The Armenians are now known as "the unconquerables". The prophecy shows that once Mcdonalds goes out of business or blockbuster files bankruptcy and closes, Armenians will rise to destroy the world of turks, arabs and islam and retake Asia minor and the Caucasus for Armenia, Europe, White people and Christianity (not the crazy bible toting, church singing kind, but the real kind aka Eastern/Oriental Orthodox Christians and Roman Catholics).